The signing of Moise Kean from Juventus was viewed by many as a statement of intent by Everton.

Regarded as one of Europe's brightest prospects, it was felt the 19-year-old was the missing piece of Marco Silva's jigsaw. The man to spearhead the club's push for a place in Europe after several disappointing seasons.

Yet just three months after Kean arrived at Goodison Park stories have surfaced that he could make a return to Italy in January. Milan, according to reports, are interested in the young striker and have already reached out to his agent Mino Raiola, a man never afraid to engineer a transfer.

This is not the first occasion Kean has been linked with Milan. I Rossoneri supposedly wanted to sign the teenager in January 2019 but couldn't convince Juventus to sell.

“The boy (Kean) must always play,” Raiola said in March. “I almost took him to Milan in January. Leonardo and I had done it all but Juve didn't want it to happen.”

The above is why Everton cannot afford to brush off recent reports as nothing more than international-break filler. Clearly Milan have a long-standing interest in Kean and would like him at San Siro.

The striker's situation at Everton is complex, too. On the day he was signed by the Toffees, sporting director Marcel Brands said to Kean's mother: “We will take care of your son.” That promise has yet to be fulfilled. 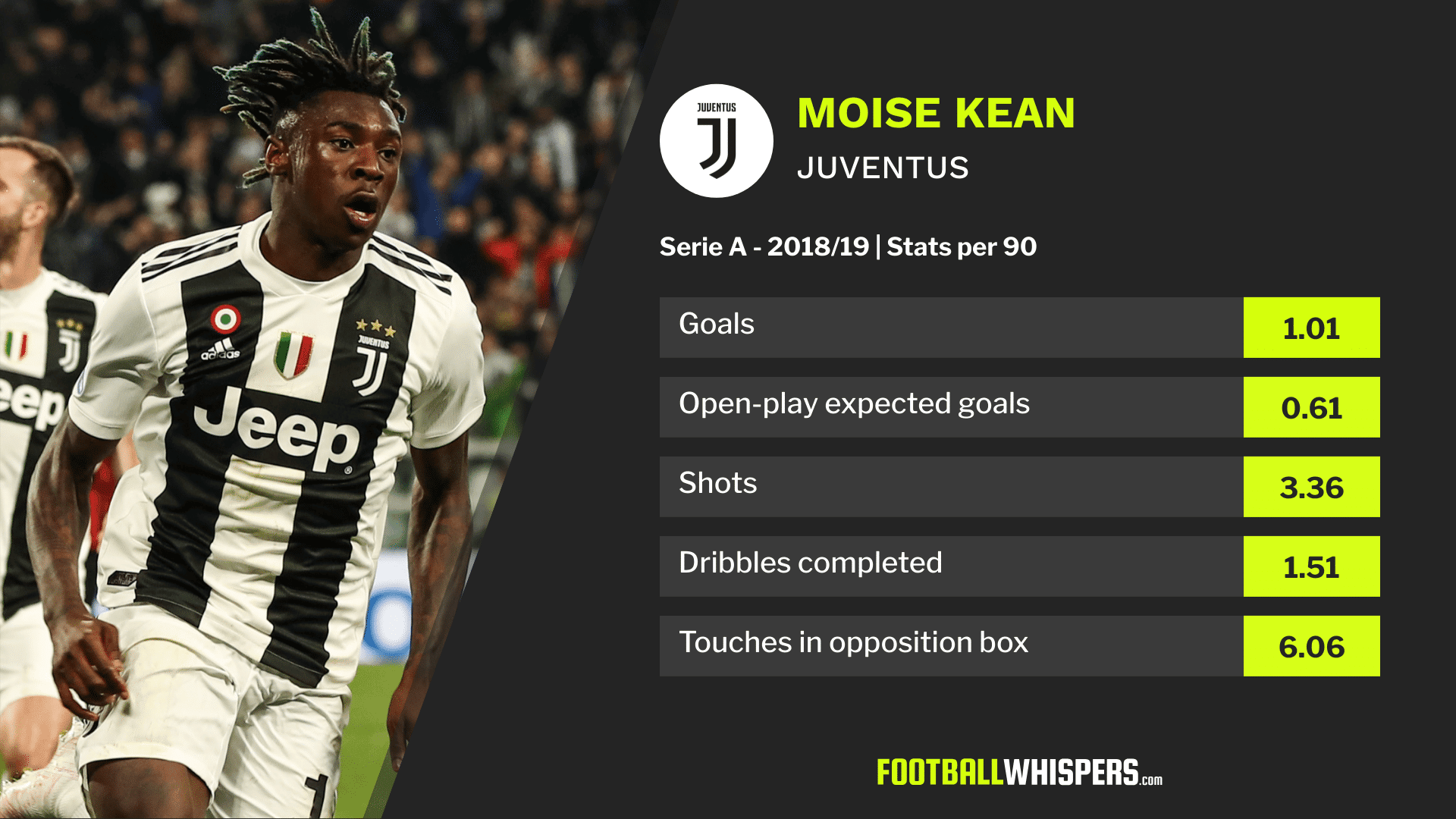 Kean has started just twice in the Premier League as Silva has preferred Dominic Calvert-Lewin and Richarlison to lead the attack. And when he has been introduced from the substitutes' bench, the Italy international has often been used out wide by the Portuguese coach. It is hardly a surprise he has yet to open his Everton account.

“I can't say to you it's better for him to play in one position over another. He can play both positions, it's up to him to keep working and keep adapting to the Premier League and English football.”

Silva is not wrong, Kean has been used out wide by Italy. He played on the right several times for his country's Under-21s and played off the left in two of his three appearances for the senior team.

However, it should be remembered that under-21s football is far removed from the rigours of the Premier League. As are European Championship qualifiers against Finland and Liechtenstein. Kean may be able to adapt to a different role against weaker opponents, but against experienced top-flight defenders it's no surprise he has struggled.

What will have also hurt the youngster was Silva's decision to leave him on the substitutes' bench against Brighton & Hove Albion and Tottenham Hotspur. Kean was also hooked at half time of a Carabao Cup win over Watford, a match he started on the right.

“I know what we spent and when a player comes from a big, big club you expect, always, that he will come here and play,” a defiant Silva told the Liverpool Echo. “But let's see how many situations happen in the Premier League with a player of 19 coming from abroad and comes here and plays. Let me know.”

Then came Southampton away last weekend. Kean travelled with the first team but was dropped from the match-day squad after he was late to a team meeting. A strong punishment but one Silva felt necessary given it wasn't the youngster's first issue with timekeeping.

An apology from Kean rendered the matter dealt with. Everton fans, to their credit, haven't vilified their No.27 either. It was a mistake made by a young man, nothing more.

That incident can't come to define Kean's Everton career. His potential is undoubted and he proved he could be a match-winner for Juventus last term. What he needs now more than ever Silva's trust and confidence.

Twelve games into the Premier League season and the Toffees sit 15th in the table with just 14 points. They have been entirely unremarkable and have scored only 13 goals despite a sizeable investment in attacking areas in the summer.

Calvert-Lewin has often led the attack but he is far from prolific, as the shot map below highlights. 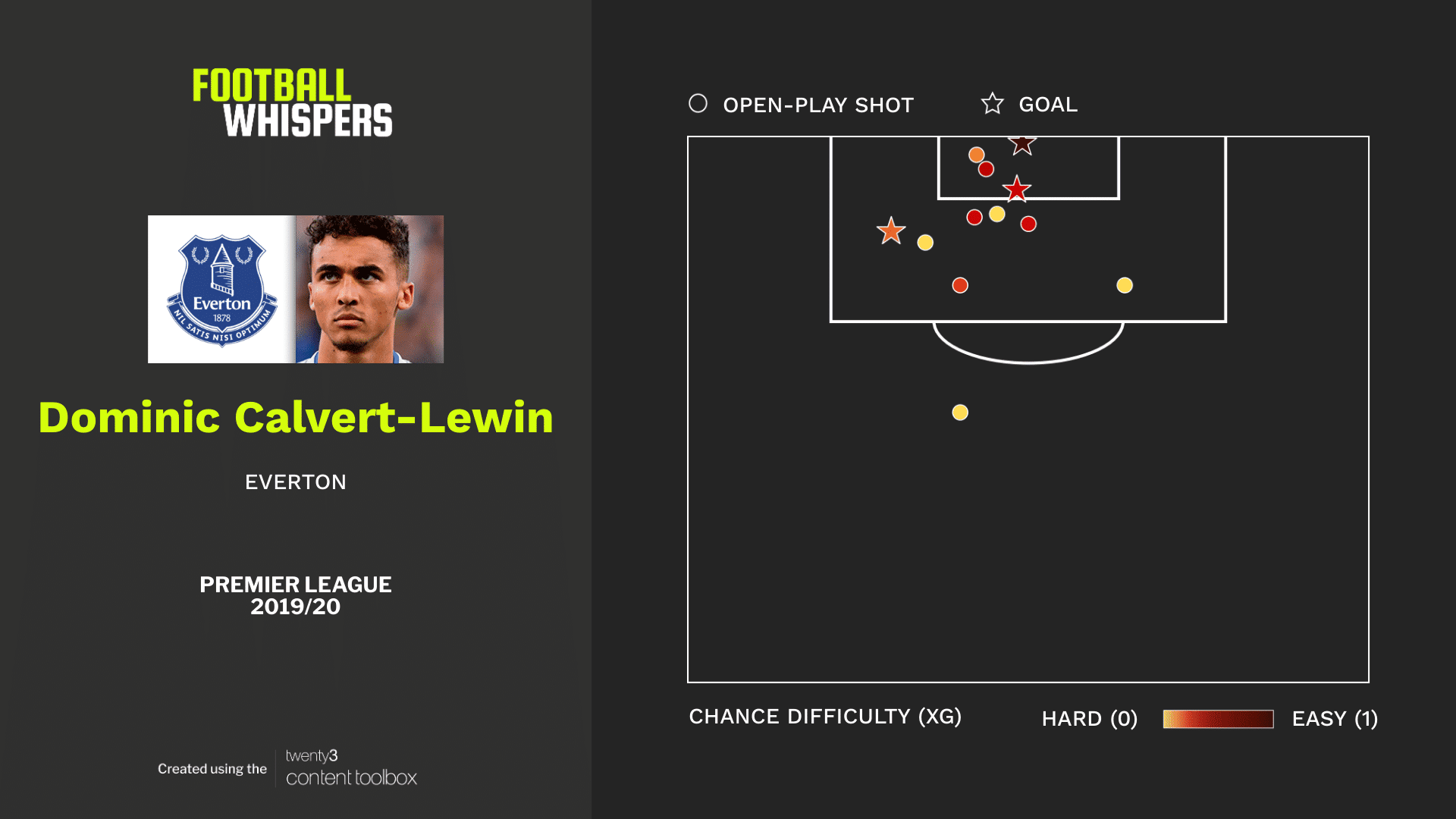 He does, however, have three Premier League goals this term. As does Richarlison, who has been Silva's alternative to lead the attack. The eagle-eyed among you will have spotted both have more than Kean's zero.

Yet there are, of course, mitigating circumstances. The former Juventus forward has often been thrown on late in games when Everton need a goal. Naturally, opponents sit deeper and look to frustrate so space is limited.

And, as mentioned above, he has been used on the right. So it's little surprise his shot map looks very different from Calvert-Lewin's. 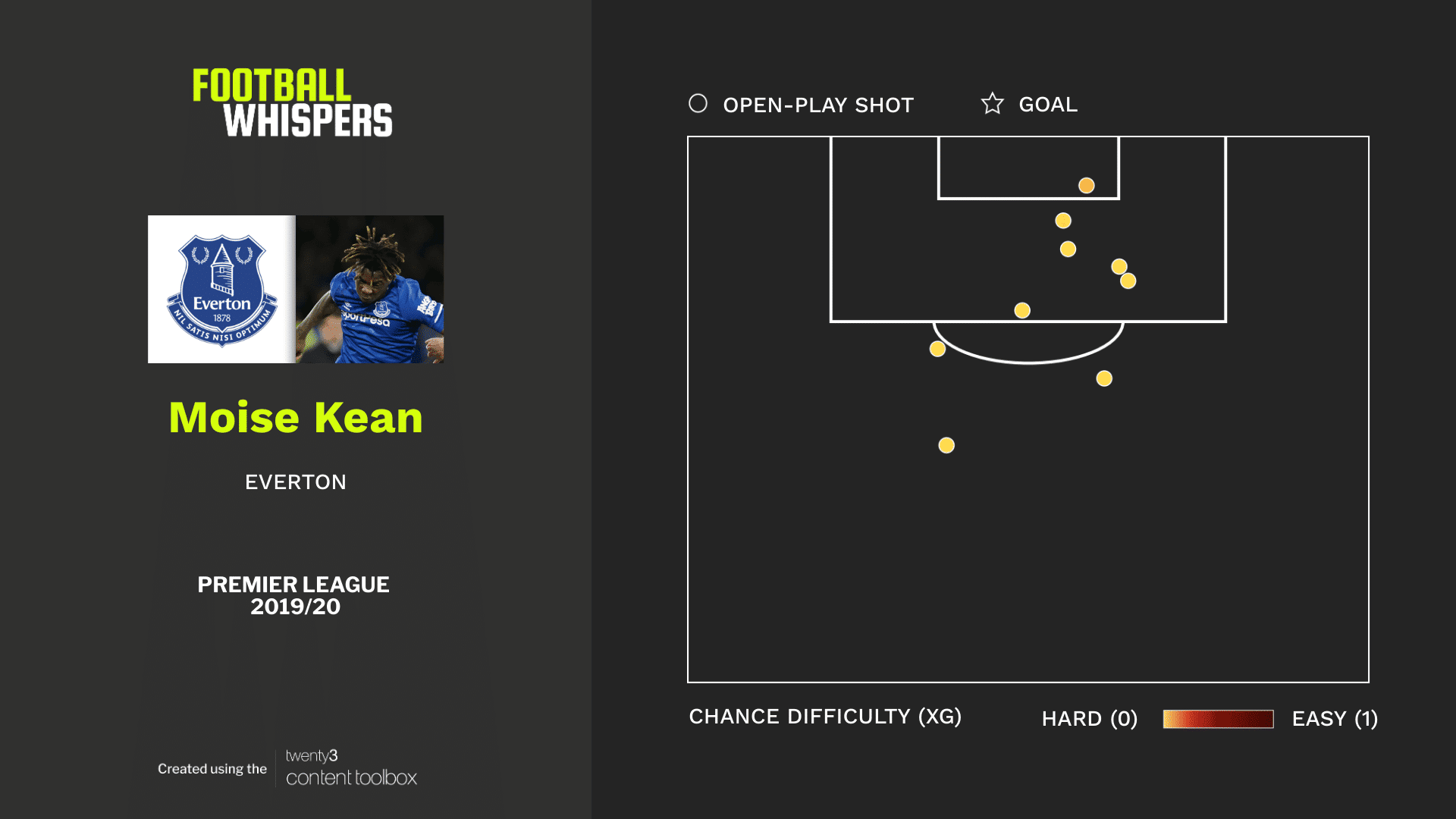 In his nine Premier League appearances for Everton, Kean is yet to have a clear chance he would be expected to score – hence his open-play expected goals tally for the campaign is just 0.62.

There are reasons to be encouraged, though. The sample size is admittedly small, just 288 minutes, but Kean is creating 0.94 Big Chances per 90 – only bettered by four Premier League forwards – and is averaging 6.56 touches in the opposition box per 90, the 17th-most of top-flight forwards.

The talent is there, it just needs to be unlocked. That is the challenge Silva faces.

“He has all of my support and my staff and his team-mates to keep growing,” the Everton boss said after the Southampton game. “For sure, he will do that and in some weeks and some months you will see Moise in a better level for sure.”

Kean can blossom into a leading Premier League striker at Goodison Park. He can become worth far more than the £27.5million Everton paid Juventus for the striker.

Raiola knows this full well. So if the Toffees won't give his client the platform needed to maximise his value, he will be moved onto another club. And that could be Milan.