Just last week, the NFL brought their entire circus to the United Kingdom as American Football continues to grow in popularity on British shores. This season they have played three successful games in London, including the first at Twickenham. 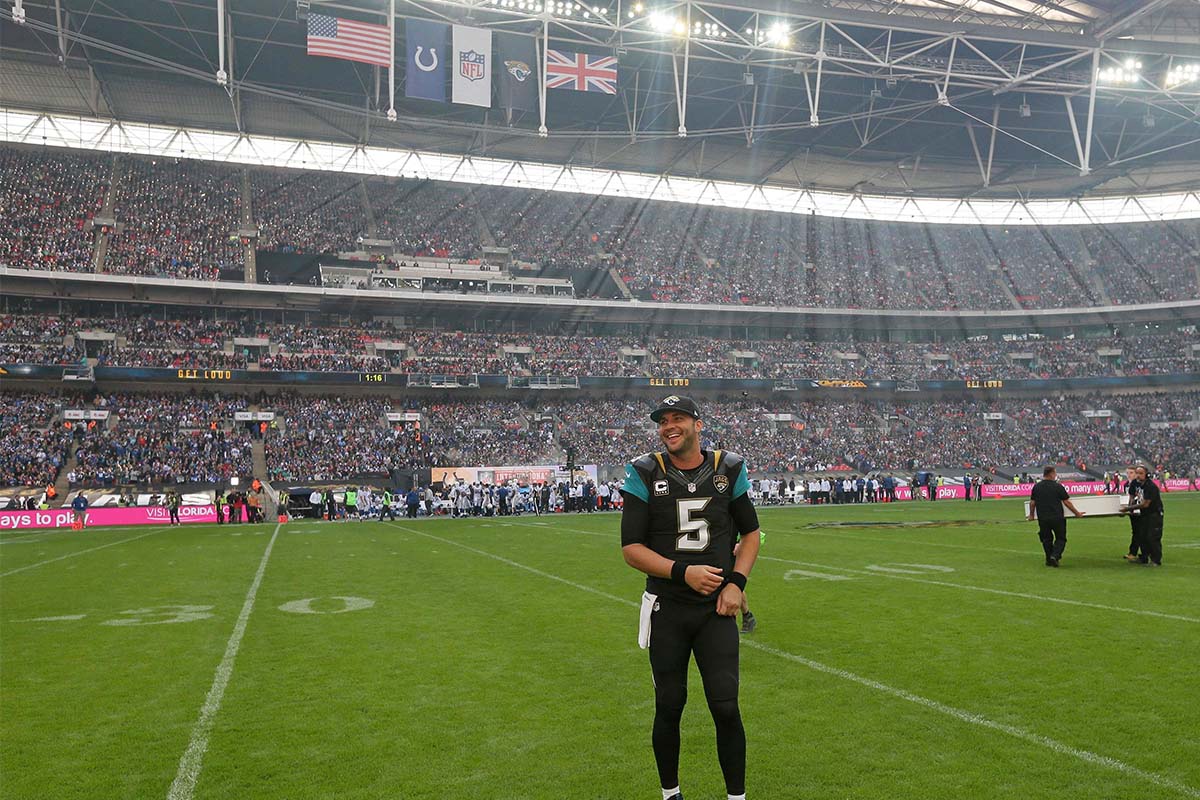 Every summer, British football is doing its best to grow their brands over in the United States. The International Champions Cup series continues to grow, with 105,000 fans watching Real Madrid beat Chelsea 3-2 in Michigan in July. There will always be a passion for the European sides arriving across the pond, but their own league, Major League Soccer, which started off the back of the 1994 USA World Cup, has come a long way since 1995, when the San Jose Clash beat D.C United in front of 31,000 supporters at Spartan Stadium.

Footballers from the British Isles have played their part in its success, with David Beckham’s five-year spell at the LA Galaxy still the stand out contribution. However, you’ve also had Jermaine Defoe at Toronto FC, Nigel Reo-Coker, Kris Boyd at Portland and Robbie Earnshaw – who played for three separate clubs.

MLS has not always been able to attract the biggest names, often labelled as a retirement league, but over time they have managed to lure bigger and brighter stars.

Sebastian Giovinco, Andrea Pirlo, Kaka and Julio Baptista are just some of the big names that currently represent the league having enjoyed success in Europe.

When it comes to British players, there is still a strong influence, but some of the star names, players that are lightening up the MLS, are not always the big draws that they were over in the UK. Some players have made the move across the Atlantic looking for a last chance, and they’ve grabbed it with both hands. 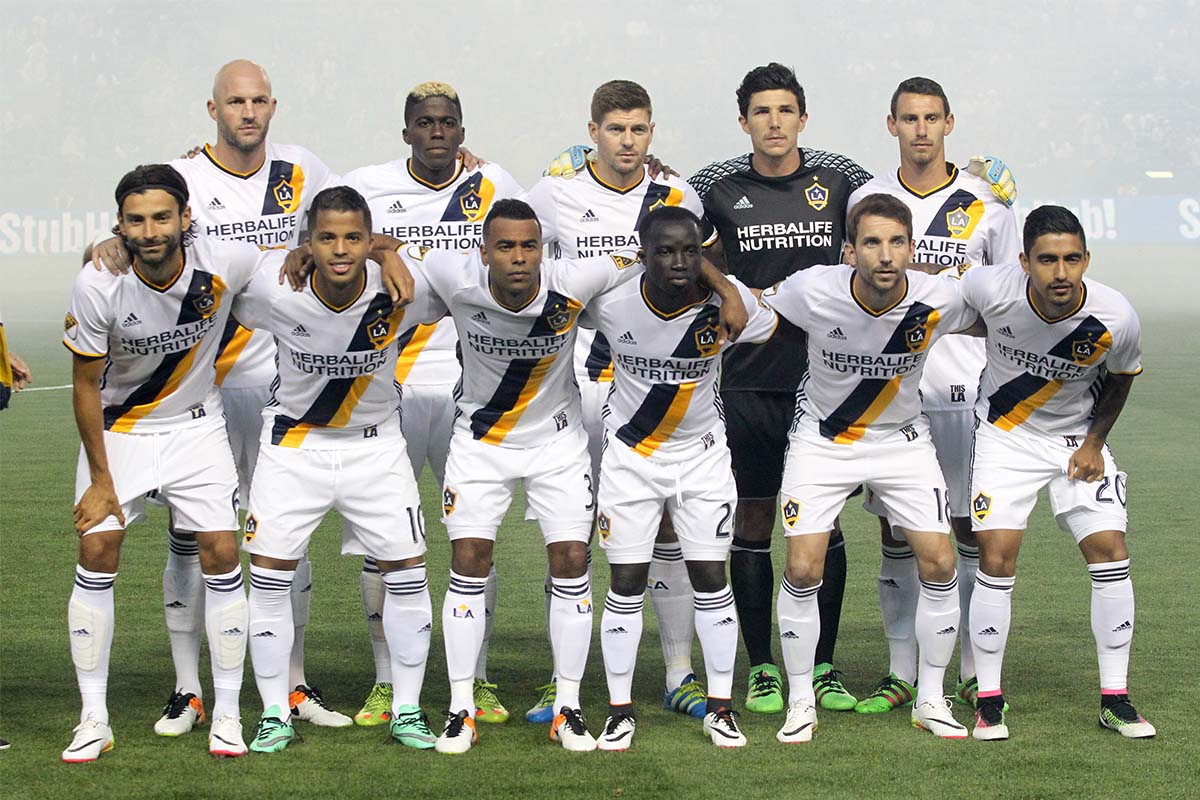 Republic of Ireland striker Kevin Doyle made his name playing for Reading. His 19 goals helped the Royals win their first ever promotion to the Premier League, and even though he missed two months with injury, he still managed to score 13 times in the top flight. After six seasons at Wolverhampton Wanderers and loans to Queens Park Rangers and Crystal Palace he joined Colorado Rapids in 2015.

Safe to say the first season didn’t go to plan. The Rapids won just nine times in 34 games and finished bottom of the Western Conference, and as the second worst team in MLS. Doyle was the club’s top scorer with five and averaged 1.7 shots per game. He’s not lost his aerial ability, with 3.7 aerial duels won every game, only centre-back team-mate Axel Sjoberg won more.

This season, perhaps inspired by Leicester City, Colorado have turned it around. Winning six more games they finished second in the Conference, qualifying for the playoffs and the 2017/18 CONCACAF Champions League. Doyle has scored six times this season, but with Shkelzen Gashi adding nine and Dominique Badji also with six, it’s not all down to the Irishman. Winning on average 3 aerial battles a game, his shot average has gone up to 2.7, also adding two assists.

No doubt his best moment in MLS came at the end of the current season in a match against San Jose Earthquakes in October. Playing just off Badji, it was Doyle that gave them the lead, scoring a spectacular diving header after a superb cross from Marc Burch, the striker rolling back the years to make contact. The 33-year-old had missed the four previous games and hadn’t scored since July. His night would get better, smashing a second half penalty down the middle past David Bingham to seal the 2-1 victory.

On the flip side, you have players like Luke Boden. The Sheffield born defender played for Sheffield Wednesday as a kid and stayed with the Yorkshire club for five years, with loan spells to Chesterfield, Rushden & Diamonds and Northampton Town in between. In 2011 he joined Orlando City in the United States Pro League – the level below MLS – but stuck with them for three years before their franchise made the move up in 2015. Boden has made 20 appearances this season, his last start, in the 1-0 loss to Montreal Impact saw him play beside Kaka, Julio Baptista and former Middlesbrough man, Seb Hines. That’s a long way from a 1-1 draw with Chester City in League Two.

For every Boden, there is always the contrast of the L.A Galaxy. A club that will always be mentioned in the same breath as Beckham, but the current team is not without its stars.

This season’s roster features household names such as Robbie Keane, Ashley Cole, Landon Donovan, Giovani dos Santos and a certain, Steven Gerrard. The Liverpool legend began his career with a bang, scoring once and assisting a double in L.A’s 5-2 win over San Jose. Bruce Arena used him in the centre of a 4-4-2 mostly, and although he created another two goals that season, he only scored once more. Galaxy finished three points behind Doyle’s Colorado side this term, but still made the play-offs – they are 1-0 up over the Rapids after the first leg of the Conference Semi-finals – but it’s been a mixed campaign for Gerrard.

Injuries have played their part, missing 13 games in total, but his stats have been impressive. With three goals and nine assists, no one has created more goals, that’s joint fifth in the whole league. He’s not quite at the same level as he was in 2013/14 when he racked up 13 goals and 13 assists for Liverpool, but there is still signs of that player.

His shots per game has only dropped from 1.8 to 1.5, he’s still averaging 2 key passes per game. He’s actually seeing less of the ball, his passes per game has gone from 65.3 to 42.5 with the Galaxy, but although playing in Los Angeles, his long – Hollywood – type balls, have dropped from 7.6 to 4 long balls per game. Gerrard is obviously finding a way to conserve his energy and that comes on the defensive side, going from 2.9 tackles a game for Liverpool to 1.2 in MLS. Although with his interceptions staying around 1.3 a game, his reading of the play hasn’t diminished. He was an unused substitute as his team beat Colorado, and it looks like regardless of how far they go, his time in Tinseltown is over as soon as they are eliminated.

“Living in Los Angeles and playing for the great Galaxy supporters has been a privilege,” he wrote on Instagram. “You have made this place feel like home to me. This city and this club will always hold a special place in my heart. Thank you.”

His teammates have chipped in too. Ashley Cole, at 35 years old, has started 27 times this season and is making more interceptions per games than he did during the 2011/12 season with Chelsea, with his tackles only just behind at 2 per game, rather than 2.5.

Robbie Keane, at the ripe old age of 36, has still found a way to score 10 times this term, amazingly only beaten by…and this might come as a surprise to Tottenham Hotspur fans…Giovani dos Santos. The Mexican has scored 15 goals in 29 starts, even adding five assists.

Still only 27 years old, he never quite settled at the likes of Racing Santander, Real Mallorca or Villarreal – his best goal return before moving to the States was 10 goals for the Yellow Submarine – but something has clicked under Bruce Arena in L.A.

They call the USA the land of opportunity and regardless of what has come before in your career, it’s still a place where footballing dreams can come true.