Manchester United and Everton will meet at Old Trafford on Sunday afternoon having experienced differing fortunes in the opening weeks of the season.

United sit top of the pile, undefeated with ten points and 12 goals to their name from four games; their visitors, after a positive start, winning against Stoke City and drawing away to Manchester City, are riding a four-game winless streak in all competitions.

It's been a tough few weeks for the Toffees and José Mourinho's men will be big favourites to pick up another three points. But after £100million-plus spending sprees from both sides over the summer, there will be potential match-winners on both teams. Not least Henrikh Mkhitaryan and Gylfi Sigurðsson.

Mkhitaryan leads the division in assists in his second season at Old Trafford, laying on five goals for team-mates, while Everton forked out a club-record £45million fee to sign Sigurðsson from Swansea City, and the Icelandic international is expected to deliver for Ronald Koeman's men.

Both are at their best when deployed as an advanced playmaker, expertly carving opposition defences apart. But which of the two is the more productive creator? We've delved into the players' statistics to find out. 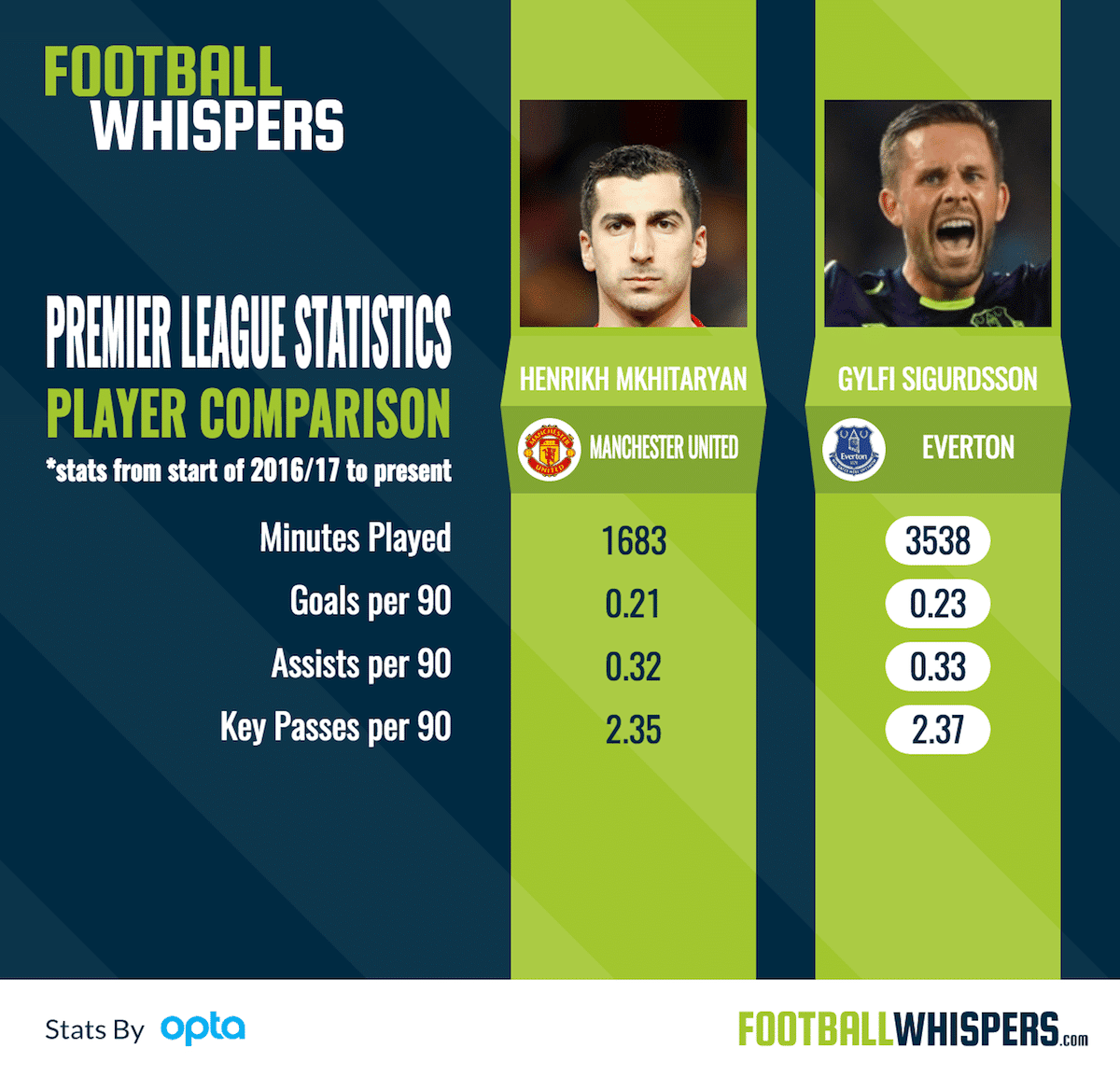 As the above graphic shows, when analysing the averages of each player since the start of last season, Sigurðsson comes out marginally on top in every department. The former Tottenham Hotspur man edges the Armenian in goals, assists and key passes per 90 minutes.

However, Mkhitaryan, a £26million arrival from Borussia Dortmund in the summer of 2015, took time to adapt to the demands of the Premier League and was often stationed on the right flank for the Red Devils.

This term, the 28-year-old looks to have found his groove in England and has been utilised in his favoured No.10 position. 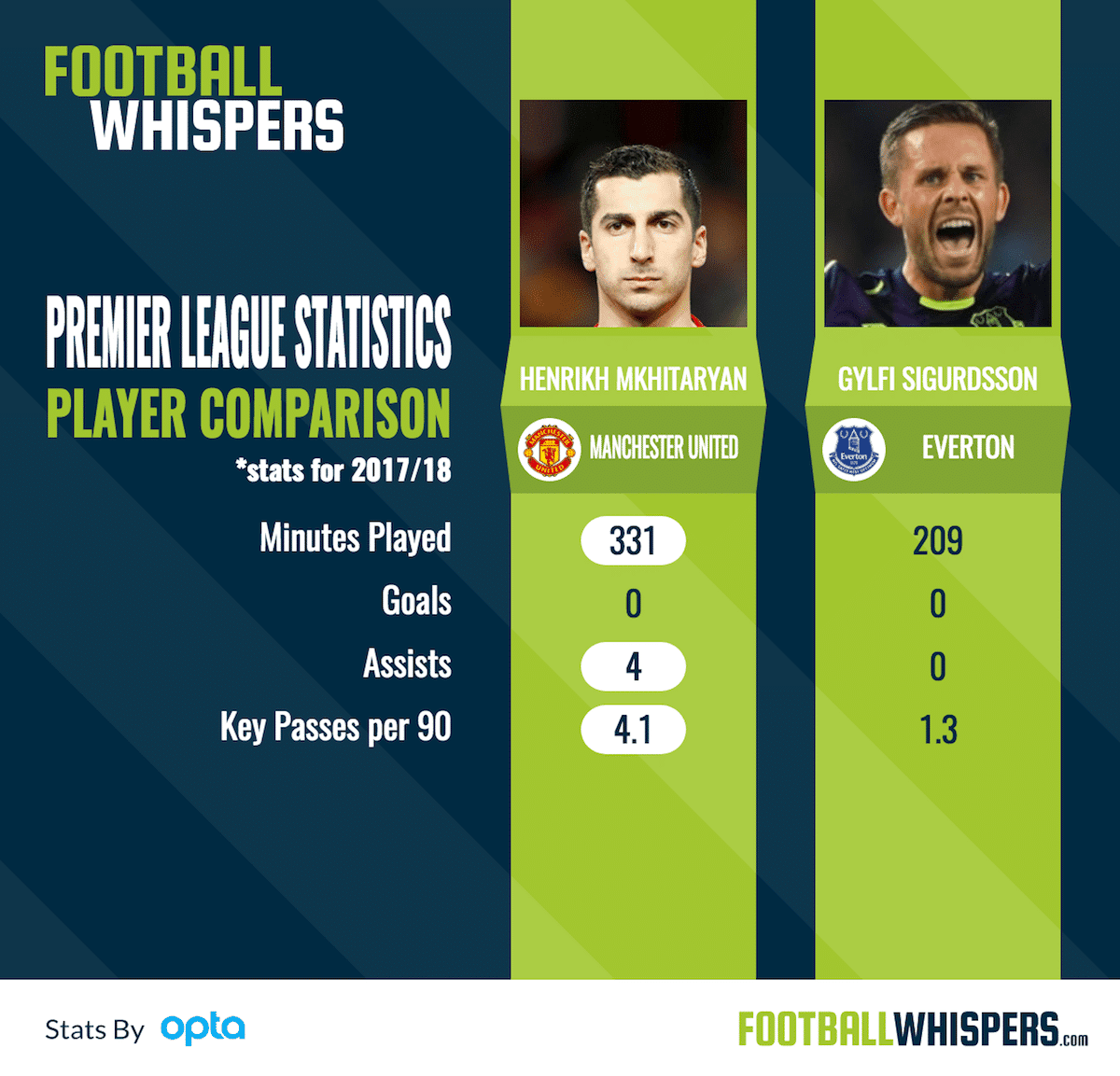 The graphic above, depicting each player's statistics for the current season so far, shows that Mkhitaryan is the man in form and thriving in a central role.

With United expected to dominate possession on Saturday, Mkhitaryan will have plenty of chances to unlock the Everton defence. Sigurðsson, on the other hand, will need to make the most of the opportunities that come his way if the Toffees are to get back to winning ways.