Just 1pt and one position separates these two sides in the Allsvenskan table and their last meeting ended in a 2-2 draw, so we're expecting another close and competitive 90-minutes at the Strandvallen in Sölvesborg this Sunday.

We're going against the odds with our first bet as we are backing the home side Mjallby to avoid defeat this weekend. Mjallby have only lost one of their last six games against Norrkoping, picking up three draws and two wins during that period and the hosts sit 1pt clear of their guests as things stand. Mjallby are also unbeaten in their last 13 competitive and non-competitive home games, while Norrkoping have only won two of their last six games on the road.

Goals have gone in at both ends of the pitch in four of the last six league meetings between these two clubs, and we're predicting more of the same when Mjallby host Norrkoping this Sunday. Both teams have scored in three of Mjallby's last five outings and in three of Norrkoping's last four fixtures, so you can see why we're not backing either side to keep their clean sheet intact this weekend.

Norrkoping could leapfrog Mjallby this weekend

Mjallby had the home advantage in their last league game against Kalmar, where an own goal from Bergqist in the 26th-minute handed the hosts a 1-0 lead at the interval. Ironically, it was an own goal from Stahl that got Kalmar back onto level terms in the 73rd-minute and neither side were able to carve out a winning goal in the time remaining.

Norrkoping were at home to Elfsborg before the international break. The game started off badly for the hosts as an own goal from Eid put Elfsborg in front after 12-minutes. Things went from bad to worse as Alm made it 2-0 to the visitors in the 39th-minute but Nyman pulled a goal back for Norrkoping 5-minutes before the break. The very same player got the home side back onto level terms in the 76th-minute after good work from Abdulrazak and the game ended in a 2-2 draw.

Mjallby: Otto Rosengren is suspended for the hosts and teammate Viktor Gustafsson is a doubt due to a broken collarbone.

Norrkoping: Ishaq Abdulrazak is suspended for the trip to Mjallby, while Kristoffer Khazeni could miss the game through illness. 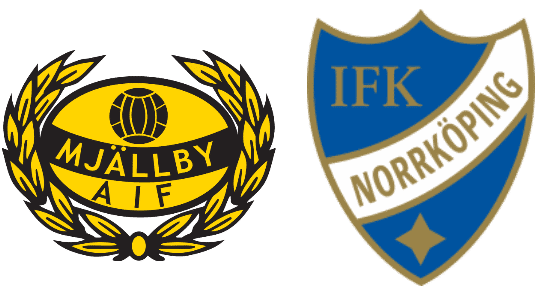