FW Predictions and Betting Tips for Mjallby vs Degerfors

Mjallby sit 10th in the Allsvenskan table as things stand and will be confident of putting another 3pts on the board and hopefully climbing up a few places when they host second-from-bottom Degerfors. The visitors are yet to reach double figures in points this season but could move onto 11pts and above Sundsvall with a win on Saturday.

This is a game that we believe will be low-scoring due to the fact that four of the last five encounters between these two clubs have produced under 2.5 goals. Under 2.5 goals have also been scored in five of Mjallby's and five of Degerfors' last six outings in the Allsvenskan, adding plenty more weight to our second prediction for Saturday's clash.

Mjallby had to make the trip to Goteborg last weekend for what turned out to be a close and competitive 90-minutes. Jallow handed the hosts a halftime lead thanks to a goal in the 41st-minute after good work from Hosam Aiesh. Mjallby needed to get the next goal and they did, Kricak equalising in the 73rd-minute, assisted by Rosengren. Neither side had it in them to win the game and the scoreline ended 1-1- which was a fair result on the balance of play.

Degerfors were away at Sirius last time out where they were hoping to see their fortunes on the road take a change for the better. However, Sirius opened the scoring in the 17th-minute and Degerfors were always on the back foot from then on, seeling their victory 3-minutes from time with a second goal to make it 2-0.

Mjallby: the hosts have no fresh injury concerns or suspended players this weekend.

Degerfors: Elliot Kack looks set to miss out once again this weekend due to a knee injury.

Key questions about Malmo vs Sirius 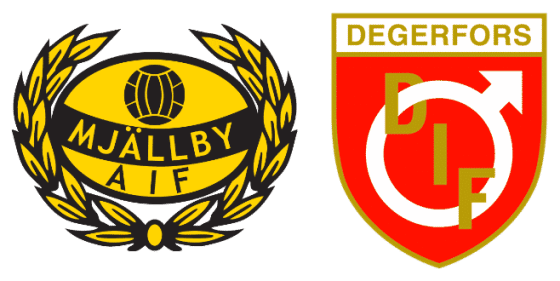