While Michael Keane may have earned a big-money move to Everton off the back of his performances at Turf Moor, and James Tarkowski has received international recognition with England, Ben Mee's contribution at the heart of Burnley's defence in recent seasons should not be underestimated.

The 28-year-old has been a rock-solid, reliable presence at the back for Sean Dyche's men, and many believe he should have joined partner Tarkowski in making his England debut.

But Burley are facing the prospect of being without Mee for the remainder of the season after the defender suffered a shin injury.

“It’s basically a deep bone bruise,” Dyche said of his deputy captain's complaint, “which he has had before on the other shin, that cost him the last few games last season.

“It’s a stress reaction at the bottom of his shin and ankle, so we will see.” 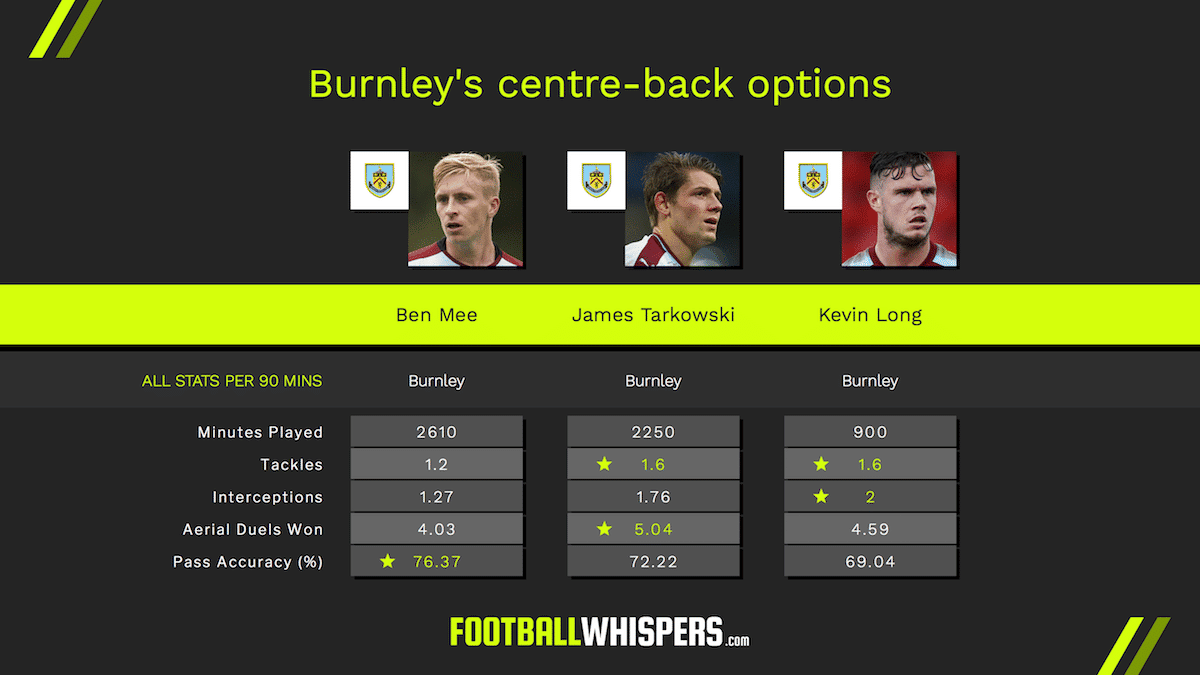 As the above graphic shows, in terms of defensive performance, the 27-year-old's numbers compare favourably against those of Mee.

“I’ve been really pleased with Kevin Long, and he should be with himself, he’s matured every season,” Dyche said, as reported by the Burnley Express.

“He’s a good example of sticking at it, training properly and getting his rewards.

“He’s relatively young, not in years, but in terms of his development, and it’s been a massive shift from the end of last season when he came in and got a few games, and went away and played with his country, and has done since.”

However, while Dyche may be confident in Long's ability to fill Mee's boots, our stats comparison graphic shows the Irishmen isn't quite as accomplished on the ball.

What's more, it remains to be seen whether Long will be able to strike up a partnership with Tarkowski as effectively as Mee has this term, with the pair among the Premier League's finest central defensive duos.

It's been a remarkable season for Burnley, who currently occupy seventh place in the English top flight, and they will be hoping to maintain their form throughout the final weeks of the season in order to push for Europa League qualification.

That task has become significantly more difficult in light of Mee's likely layoff.