The home side are struggling for results so far this season. Can they grab one here? Find out with our Misr Lel Makkasa vs Pharco match preview with free tips, predictions and odds mentioned along the way.

Pharco to win it

El Pharco have had one of the best defences in the Premier League this season; only one team has conceded fewer goals than El Pharco so far. We've mentioned that El Pharco did not concede in their last four games, we should also point out that they scored just one goal in that stretch. El Pharco's games have mostly been one-sided in goal scoring terms; at least one side blanked in their last four, and six of their last seven games. Like El Pharco, Misr Lel Makkasa have struggled in front of goal; as they failed to score in four of their last six games. On that note, we believe at least one of these teams will keep a clean sheet.

It's been a tough season to date for Misr Lel Makkasa but Pharco meanwhile are going along in a reasonable fashion albeit they're someway off the pacesetters in the league. That said, the away side will still see this as an opportunity to keep plugging away to close that gap.

Things have not gone too well for Misr Lel Makkasa recently; they are coming off a disappointing 4:1 loss, and they've lost five of their last six games. In fact, Misr Lel Makkasa have managed just one win in their last 18 league games; they'll hope to improve their poor form with a win today.

Pharco have had a fairly decent run of results the past two months; they have no losses in their last eight games, with two wins and six losses. Pharco will take on a struggling Misr Lel Makkasa side on Friday; they'll look to extend their unbeaten run to nine games.

A quickfire FAQ on Misr Lel Makkasa vs Pharco 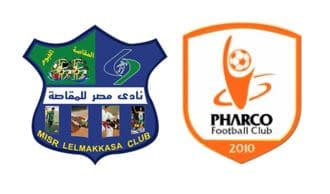