The Mirandes vs Rayo Vallecano duel in the upcoming round of Copa del Rey is a very interesting one and we have decided to do a preview of this match for you.

Our free Mirandes vs Rayo Vallecano betting picks and predictions

If you wish to check out top Copa del Rey betting tips, including our tips for Mirandes vs Rayo Vallecano, you've come to the right place:

Mirandes and Rayo Vallecano to Draw at Half Time

Although Rayo Vallecano has been fantastic in La Liga this season, we can see Rayo Vallecano struggling in this duel since they lost two of their last three games in the league.

So, we are not sure how this game could end up, despite leaning toward Rayo Vallecano winning. However, we do expect a close game and we can see the teams being tied at half time.

Although both teams are averaging more than 2.5 goals per game in their prospective leagues, we don't expect this to be a high-scoring match after all.

One of the reasons lies in the fact that teams are often more careful in cup games since one mistake can be very costly. Secondly, the last three h2h duels between Mirandes and Rayo Vallecano have gone under 2.5 total goals.

The best odds and key stats for Mirandes vs Rayo Vallecano

If you wish to bet on the top Mirandes vs Rayo Vallecano odds, you can check them all out here, on our website:

This could be a very close and interesting duel and it's hard to predict who will progress to the next round. So, let's take a better look at both teams:

The team from Miranda de Ebro has been rather inconsistent this season in La Liga 2 and they are currently in the 15th spot in the standings. In the last six games, Mirandes has two wins, two draws, and two losses, which further proves how unpredictable they can be this season.

On the bright side, Mirandes has no injured players at the moment and no reported coronavirus cases. So, they will be able to put out their best team against Rayo Vallecano.

The team that played in La Liga 2 last season is having a great time in La Liga so far. With the first half of the season gone, Rayo Vallecano is sitting in the sixth spot in the standings with 30 points from 19 games. If they can keep this up, we may even see them in European competitions next season.

More than a few players have tested positive for COVID at the club, but some of them will be back for this match. Quasmi, Moreno, Pozo, Nteka, and Catena will not. Also, Marquelanz and Cabrera are out with injuries.

The usual questions for Mirandes vs Rayo Vallecano 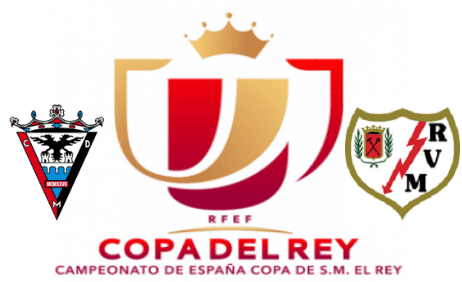