Old Trafford has seen its fair share of special Champions League nights over the years.

There was that hat-trick from Ronaldo (O Fenômeno, not Cristiano). Dwight Yorke's two carbon-copy headers against Inter Milan in '99 stands out. So, too, does Kaká leading Wes Brown and Gabriel Heinze on a merry dance in '07.

One of the last great nights in the Fergie era came in November 2009. The visitors were CSKA Moscow and, for a while during a thrilling, see-saw Mancunian night, it looked as though the Russians would inflict Manchester United's first defeat at home in Europe for eight years.

Ultimately, having trialled 3-1, United rediscovered their powers of recovery to score twice late on and ensure a share of the spoils.

And while much of the post-match buzz centred on another late, late show from Fergie's boys, it was difficult not to think about CSKA or, specifically, the way in which Leonid Slutskiy's front three tore into a United defence desperately missing Rio Ferdinand, Nemanja Vidić and Patrice Evra.

Krasić, who naturally stood out with his Def Leppard-esque mop of blond hair, left Edwin van der Sar High ‘n' Dry when he rounded the Dutch keeper to sweep the ball into the net for CSKA's second of the night.

At that point, it was clear that some of those CSKA players were going places. Strangely, Dzagoev never left the Russian capital. The gifted but perennially injured playmaker looked destined for a big move after a starring role at Euro 2012. But no, 11 years after his debut, he remains a fixture for CSKA.

Krasić, on the other hand, bagged a move to Juventus the following summer. After a spectacular 2009/10 campaign, he was chased by a clutch of top clubs. United expressed interest. Liverpool and Manchester City chased him. There was talk of Chelsea, too.

The Bianconeri, though, won the race. Led by their newly-appointed CEO, Giuseppe Marotta, the Italians signed Krasić for €15million.

At that point, he was one of Europe's most promising wingers, a devilishly skillful talent who bore an obvious likeness to Juve legend Pavel Nedvěd.

However, just over a year after his arrival in Turin, Krasić found himself out-of-favour. In 2012, he was sold and seemingly vanished after that.

Now 34, he is without a club, having last played for Polish side Lechia Gdańsk. It is not how those who watched him that night at Old Trafford felt it would go.

Krasić did all the right things after signing for Juventus. In fact, so determined was he to make his first training session on time, he forked up €10,000 for a private jet to take him from Belgrade to Turin. He had missed his original flight due to the Italian embassy in Serbia being closed, meaning he could not get the necessary papers to enter Italy.

Having delved into his own pocket, he quickly won over the hearts of Juve fans. Keeping their love, though, would require producing quality displays for Luigi Delneri's side.

Thankfully, he did just that. Krasić's level of performance was enough to bump him up to an 83 rating just in time for FIFA 11. He was good value for it, too.

On his home debut, a breathless 3-3 draw against an Antonio Cassano-inspired Sampdoria, Krasić was ubiquitous in Juve's attacks, teeing up Claudio Marchisio for the midfielder's goal and generally terrorising Samp's defence.

Immediately, it was clear that Krasić would thrive at Juventus. Delneri's all-out attacking 4-4-2, with the Serbian pushing high up the pitch and often switching flanks with Simone Pepe, brought out the best in him and he continued apace, notching two more assists in a 4-0 defeat of Udinese next time out.

Already flying high, he netted a hat-trick in a 4-2 win over Cagliari, something Nedvêd, for all his achievements with the Bianconeri, never managed.

Overall, it was a productive first year in Italy with 41 appearances, nine goals and six assists in all competitions. He was the hero in a dramatic 2-1 win over Lazio; scored a screaming volley against Brescia; and another to beat Roma.

A bouncy, stepover-loving classic winger who hugged the touchline, he was a breath of fresh air at times, even if his end-product was, at times, erratic.

But despite his fleet-footed ingenuity on the wings, Juventus endured a poor season. They finished seventh in Serie A and failed to progress beyond the group stages of the Europa League, finishing third, without a win to their name.

The veteran was sacked and replaced by Antonio Conte. It proved a turning point for Krasić, too. Having flourished under Delniri, he quickly fell out of favour under Conte, who demanded high levels of defensive contribution from the wingers in his system.

Conte soon switched to a 3-5-2, which effectively drew the curtain on Krasić's time at the club. He managed a measly 304 minutes of Serie A action during Conte's debut campaign at the helm and again snubbed interest from the Premier League and signed for Fenerbahçe ahead of the 2012/13 season. 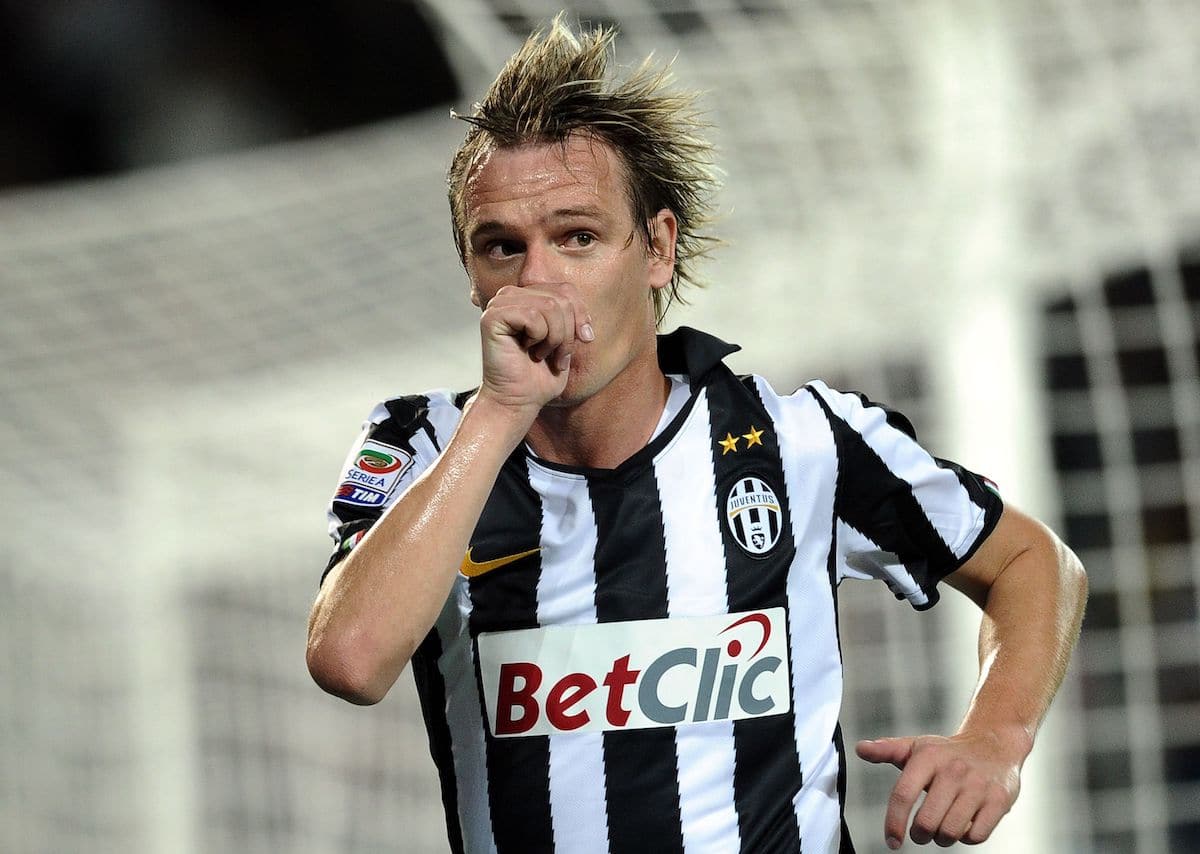 It wasn't all down to Conte. Krasić had worn himself out, having played a full season at CSKA, a World Cup and a full season with Juve without a break. He faded in the latter stages of the 2010/11 campaign and never really recaptured his scintillating best.

His time in Istanbul failed to revive his career. Neither did a season-long stint at Bastia. Before long, he was ambling around anonymously in Fenerbahçe's reserves and, while a move to Lechia brought him regular first-team action once more, he fell off the European football radar.

His international career died suddenly, too, his last appearance coming in 2011 having starred in Serbia's 2010 World Cup win over Germany.

For a while, though, he was as an enormously effective winger, a jinking throwback to the wide men of old. He lit up Old Trafford. He wowed Serie A. But, in the end, it was all too ephemeral.

Now, it wouldn't be surprising to see him pop up in a BuzzFeed quiz asking you to name obscure 00s footballers. Just another player whose achievements and impact on the game couldn't match his undoubted natural ability.