Is it unfortunate that Jordan Henderson wasn’t on the pitch for Liverpool’s 7-0 battering of Maribor in Slovenia, or did his absence allow the team to play the free-flowing football they demonstrated at Stadion Ljudski vrt?

To agree with the latter statement would be harsh on a player who carries himself well in the tough, impossible position of post-Gerrard Liverpool captain, but vice-captain James Milner stepped into both the leadership and midfield roles for this Champions League away day and performed admirably.

It’s difficult to say whether his impressive performance against Maribor was due to the weakness of the opposition, his more advanced role in midfield, or because he’s simply better than the other options Liverpool have in the position.

But one thing it may have told Jürgen Klopp, inadvertently, is that he needs to keep using Emre Can in the deepest midfield role. The German is the closest the club has to a defensive midfielder, but he also has other qualities going forward.

He showed this when he played in the “No 6” position for Germany during the international break, and showed it numerous times for Liverpool last season, especially towards the end of the campaign when Henderson was out injured.

Can has defensive attributes of a ball playing centre-back, the passing ability of a midfielder, and the shot power of a striker, but for some reason, he’s yet to make this deep midfield role his own.

This should change after the Maribor display, not least because his presence allowed Milner to move forward and affect the game closer to the opposition box. The 31-year-old Englishman had more touches of the ball than any other player on the pitch with 120, was the most accurate passer of any of the midfielders with 94 per cent, created three chances, and made one assist. 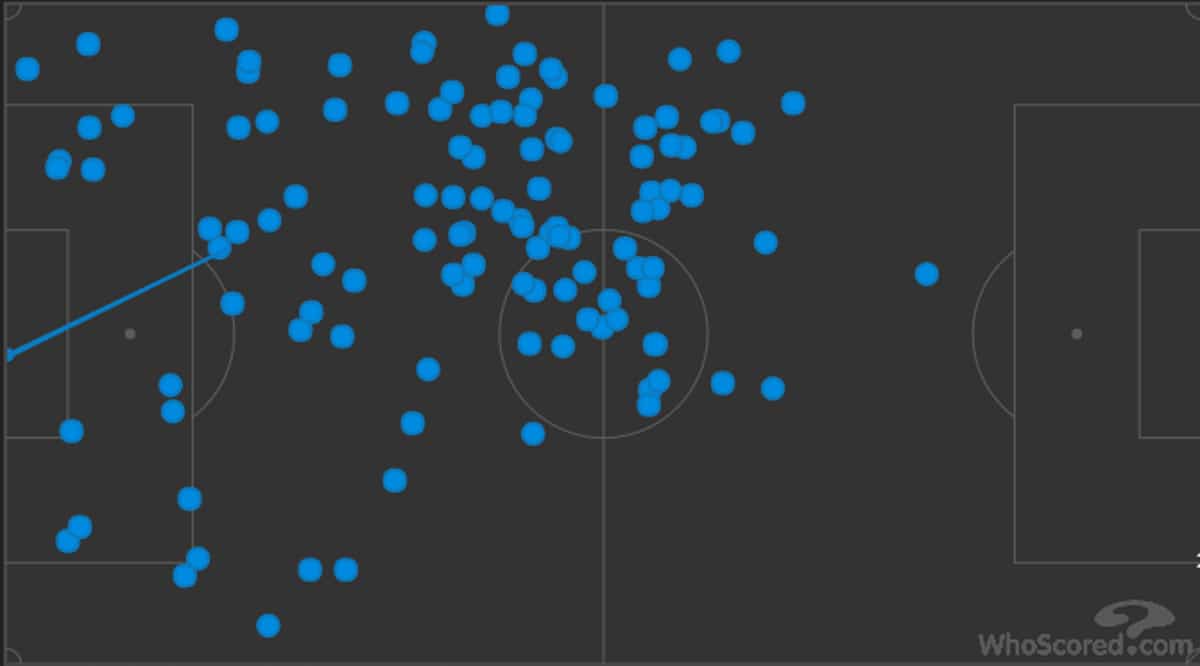 The image above, from WhoScored, shows the midfielder's touches during the aforementioned game, showing his complete coverage of the channel on the right side of midfield ahead of the defence and in support of the attack.

Like Milner, Henderson has never looked entirely at ease in the deepest midfield role as he fails to tracks opposition runs, chases the ball rather than covering space, stifles the attacking build-up, and makes strange choices of pass. He’s never had the passing ability or vision to dictate the tempo of a game there, and will often get in the way of the centre backs as they try to bring the ball out from the back, rather than giving them an option.

However, Milner’s display may have given Henderson hope that he can perform a similar role further up in midfield, using his whipped crosses from the edge of the area to good effect, and playing shorter more incisive balls through to attackers or overlapping full-backs as opposed to the long hanging passes across the field which can slow down the attack, or the awkward balls into fellow midfielders.

If Henderson’s recurring foot/heel problem stays away he could be a good option in this position, using his energy to work between the boxes and close down opposition players on the counter-press, safe in the knowledge that there is another midfielder covering the space behind him.

But given Milner’s performance against Maribor the former Manchester City man may well expect to retain his place in the side for the trip to Wembley to play Tottenham this weekend.

The side had almost perfect balance in that game, as indicated in the image below, using both flanks equally — evidence of some really varied and unpredictable attacking, and some first-class distribution from midfield areas. 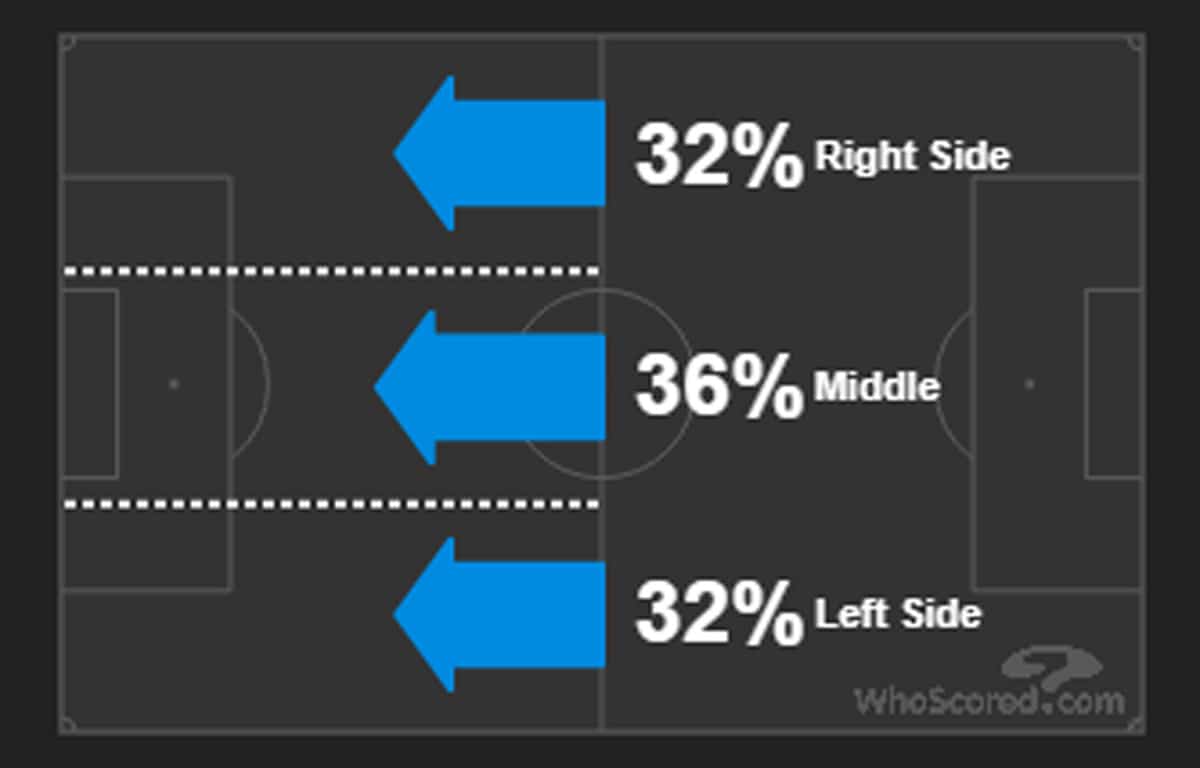 “We will see about rotation. I don't think it is necessary, but maybe one, two, three or four changes. We will see,” said Klopp before the Maribor game.

“It's always a decision about rhythm and being used to each other or bringing in fresh legs. We have a lot of games but I don't think the intensity of the last game should be a reason for the line-up for this game.”

Spurs will provide a completely different test, but it’s one Klopp’s side should be well aware of and one they should be expecting to pass.

The manager’s reluctance to rotate could mean that there will be few changes from the midweek game, but along with Simon Mignolet coming in for Loris Karius, and Joe Gomez taking Trent Alexander-Arnold’s place, the other expected change would probably be Henderson returning to the side in place of Milner, which might not necessarily be the right move.

If it were to happen it would mean shifting Can forward again, and returning Henderson to his position in front of the back four but this will upset the rhythm Klopp spoke of. If the captain is to return then it should be as a direct replacement for Milner in the exact same role, but Milner’s display in Slovenia suggests that Henderson should sit this one out.

It’s a difficult call but one which, when all aspects are considered, should favour the Yorkshireman.

It could accurately be said the Liverpool can upgrade on both of their professional but limited English workhorses, but for now the pair can do a good job for the side if used in a position which plays to their strengths. With Georginio Wijnaldum struggling to consistently impact games, or even show himself at all in some, then one of the central midfield berths should always be up for grabs.

Maybe the three of them competing for one or two positions will help bring the best out of each player, and the time on the sidelines with added competition seems to have worked wonders for Milner.