Not only is James Milner a social media star and an ambassador for Ribena, he’s also a cult hero among Liverpool fans after putting in a series of man-of-the-match performances as the Reds made their way to another Champions League final.

The 32-year-old has managed to channel his inner Benjamin Button. Instead of slowing down as his long career draws to a close, he’s playing with the vigour of a midfielder in his prime.

Liverpool might not be spoilt for choice when it comes to options in the middle third due to a number of injuries but even if Jürgen Klopp had a full squad to pick from, not many would argue that the former Leeds United youngster didn’t warrant his place in the starting XI.

The Reds boss has turned to him in matches against FC Porto, Manchester City and now Roma. And he was quick to praise his No.7, along with his midfield team-mates, after the 7-6 aggregate win in the Italian capital: “I really think the three midfielders were the best players, they had to close gaps as wide as the Mersey.”

It's been a remarkable turnaround for Milner who divided opinion upon his arrival on Merseyside back in 2015. A free transfer from Manchester City, reports claimed he was pocketing £150,000-per-week and was going to be given a central midfield role by then manager Brendan Rodgers. There was even talk that the versatile midfielder would, in a way, replace the recently departed Steven Gerrard.

Speaking to ABC, Milner, however, was quick to distance himself from that tag: “'I don't think there's someone on the planet who could replace Gerrard for what he did for Liverpool Football Club over the years, so as a team we need to replace his output.

“I'm sure that can be done, but me personally, I'm a different player to him and I'll do my job and do what I do best.”

Milner's time in centre-midfield didn't last long. Klopp replaced Rodgers in the October and immediately started to use the utility player in more of a wider role as part of his midfield three.

As the 2015/16 campaign reached the business end of the season, Liverpool switched to more of a 4-2-3-1 system. Jordan Henderson was ruled out with a heel injury and Klopp was keen to get Daniel Sturridge into his starting XI.

Milner partnered Emre Can in the middle and it quickly became apparent that he didn't have the discipline and, at times, the stamina to play in such a role. The inexperienced German midfielder was left to put out fires.

It appeared as though Milner might not have a long-term future with Liverpool. He wasn't trusted to play in centre-midfield and he was earning too much to be a squad player. But Klopp had other ideas. 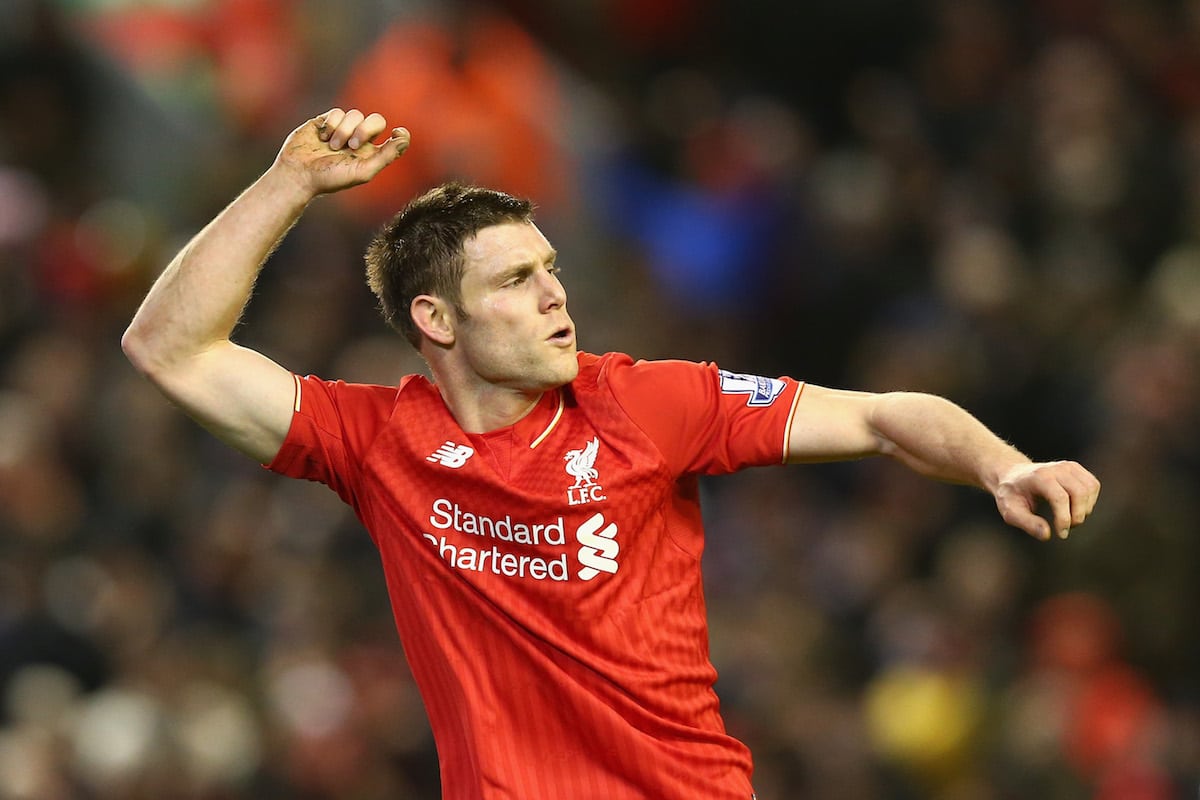 The Liverpool No.7 had played a number of positions throughout his career. He burst onto the scene as a 16-year-old as a wide midfielder and broke the Premier League record for youngest ever goalscorer. He's played on both flanks, as an attacking midfielder, a centre-midfielder and even as a false-nine. To the amazement of most, Klopp saw Milner's potential as a left-back and looked to utilise him there.

For the most part that experiment worked. He lacked the explosive pace and he was always eager to cut back onto his right foot which narrowed the pitch and made the Reds' attacks a little predictable at times, but Milner's combination with Philippe Coutinho down the Liverpool left worked.

The Brazilian would float into central areas and the makeshift left-back had the ability when in possession to work the ball into his feet. He was a key cog in the system despite starting as a full-back with only Henderson averaging more passes per 90 than Milner last season.

It wasn't a long-term solution but Klopp was looking at it on a season-by-season basis and clearly felt it was the best way to get the most of his prolific forward line. A fourth placed finish meant the Stuttgart-born coach was justified in his thinking.

Ahead of the 2017/18 campaign the Reds signed Andy Robertson from Hull City and Alberto Moreno had been restored to the starting XI which in turn demoted Milner from starter to squad player.

Once again it appeared as though the 32-year-old would be a Jack of all trades to fill in as and when required.

But as Liverpool looked to shore things up defensively, Klopp turned to the experienced midfielder and tasked him with being the balancing weight. He was used on the left side of a midfield three but when the left-back went on a marauding run forward he'd fill the vacated space.

It showed great intelligence and awareness to do so and it highlighted just how much trust Klopp has in Milner. The manager was using him to offset against Robertson offering the width down the left which then allowed Sadio Mané to impact the game in central areas. As a result the Reds are more of a threat going forward and less exposed on the break.

With Trent Alexander-Arnold still learning on the job and often targeted, Klopp's started to shift Milner over to the right side of the midfield three for periods. It happened against Manchester City with the Reds looking to stem the tide and against Roma when the home side were riding the wave of momentum.

Milner's being used to cover and protect the full-backs but he's also having an impact in the final third, too. No player in the history of the Champions League has assisted more goals than the midfield dynamo (nine), who appears to have a new lease of life this season, and there's still one game left to play.

He's perhaps Klopp's most successful project to date and it's testament to his coaching abilities that he's been able to get much out of the player, but endless amounts of praise should be heaped on Milner.

He's an unheralded star of this Liverpool side and he's played a key part in the team getting to Kiev for a Champions League final.