Stoke come into this match having suffered back to back defeats for the first time this season. Can they get back on the winning trail? Find out with our Millwall vs Stoke match preview with free tips, predictions and odds mentioned along the way.

Millwall vs Stoke: Our Tips

We begin our trio of free tips by sitting on the fence; we are anticipating a draw. Millwall have only lost one of their last nine league games and produced a quality display last time out to beat Sheffield United. Stoke had been on their own decent run until a week ago; since then they've lost back to back matches. That's a rot they need to stop. A draw would help them do that whilst Millwall would see a point as a further building block after losing their last home match to Luton.

If the prediction of a draw was a tough conclusion to draw, this tip of under 2.5 goals was not. Four of Millwall's last five games have come in south of 2.5 goals with their average over that period just 1.8 goals per game. That is also true of Stoke with just one of their past five hitting the three goal mark. Their average across those five matches also sits at just 1.8. To round it all off, four of the last five meetings also come up short of the required threshold.

Last but not least we are sticking our neck out with a correct score prediction and we are opting for a goalless draw. Both Millwall and Stoke have kept a couple of clean sheets in their previous five outings whilst both have also blanked once in the same period. That's not driving our prediction though. The logic for that comes from the head to head record; three draws have occurred in the last five meetings and all ended 0-0.

Find the best odds for Millwall vs Stoke

Millwall vs Stoke: A point will do

Millwall's win against Sheffield United banished the memories of a poor outing against Luton last weekend and keeps them on the coattails of the top six. It wasn't just the win though but the nature of the late winner and the fact Jed Wallace got on the scoresheet again after a couple of games without scoring. The bad news is that George Saville will miss out through suspension. Stoke meanwhile started their October with a boom by beating West Brom but the two defeats they've suffered brought them back down to Earth alright. Of course, a win here changes all that again. As for team news, Alfie Doughty could be back in the match day squad.

FAQ on Millwall vs Stoke 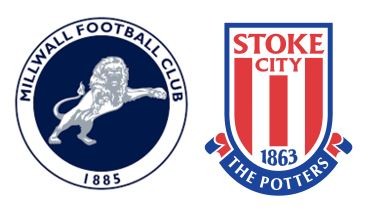