Millwall put in a classy performance to see off West Brom at the weekend. Can they follow that up with three points here? Find out with our Millwall vs Preston match preview with free tips, predictions and odds mentioned along the way.

There will be no losers here

Millwall might have shone during their weekend victory over West Brom but you can't just ignore their form prior to that; they'd lost four on the bounce heading into that game with the Baggies. That's why we're unconvinced that they'll make it six points from six here. Well, that and the fact that Preston are a tough nut to crack. Preston have lost just two of their last 10 in all competitions but they have found wins hard to come by with five of those 10 games drawn. Another share of the spoils awaits at the Den.

Our next tip for this game is that it won't be a high scoring game; we are recommending you go under 2.5 goals. Why? Well, Millwall have gone under 2.5 goals in their last three games whilst Preston have been south of the 2.5 cut off in three of their past five. On top of that, three of the last four head to head meetings have seen fewer than three goals as well. If that's not enough to convince then look at their season long form; Preston have averaged 2.4 per game with Millwall at just 2.1.

Check out the key stats & form for Millwall vs Preston

Millwall and Preston are both destined for a mid table finish this season. It's not exciting from a fans perspective but does at least mean the game should be played with no handbrakes on.

Millwall broke a rotten run last time out as they saw off West Brom 2-0. With such a good performance in the pocket, it feels unlikely that we'll see too many changes – if any.

Preston's form has been so-so of late. They're not winning many but not getting beat very often either. Now mid table is all but guaranteed will they look to open up a bit more?

A brief FAQ ahead of Millwall vs Preston 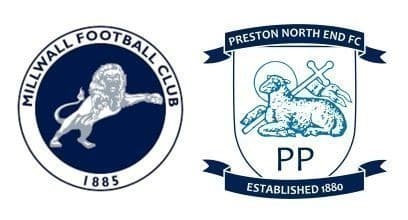