Millwall vs Fulham is one of the lesser talked about London derbies but it will still add some spice to the game with fans back in the stands too. Who will win though? Find out with our Millwall vs Fulham match preview with free tips, predictions and odds mentioned along the way.

Millwall vs Fulham: Our top predictions

Fulham will be too strong

The season might only be two games old for Fulham but they're already purring under their new boss Marco Silva. They're unbeaten this year and their away form isn't too bad even when looking back to the back end of last year with draws at the Emirates and Old Trafford. The biggest indication of this match ending in a Fulham win though is based on what they served up Saturday; they put five goals past Huddersfield with four different scorers and it still looked like they had more in the tank. Millwall aren't in bad form and are five unbeaten but their recent record against Fulham hasn't been great; Fulham have won four of the last five.

We might have mentioned the fact that Fulham went goal crazy against Huddersfield but don't see that happening here. Millwall don't give much away with three of their last five games coming up short of the 2.5 mark. As for Fulham, their 5-1 win last time out is not the norm. Even with those six goals included their game average across the past five matches is just 2.6; the other four matches in the five we're looking at have all been south of three goals.

Our final tip explores the anytime goal scorer market and we're backing Fulham man Ivan Cavaleiro to find the net. The Portuguese striker has only played 22 minutes of Championship football this season but already has two goals to his name; they both came in his 14 minute cameo against Huddersfield. With Harry Wilson having been sent off for a petulant kick out, it wouldn't be a shock to see Cavaleiro start this match. If he starts and gets a chance then it may well see this bet sewn up.

Odds and Stats for Millwall vs Fulham

Fulham to leave the Lion's Den with maximum points

Millwall are in good form at the moment with five matches unbeaten and their a tough nut to crack particularly at home where they've won three matches so far this season. Despite that, they'll be very much up against it when Fulham come to town on Tuesday. The Cottagers are loaded with attacking options in the shape of Aleksander Mitrovic, Ivan Cavaleiro and Bobby Reid and they'll ask a lot of questions of Millwall. If Millwall are to avoid defeat then it's likely that their keeper, Bart Bialkowski, will collect man of the match honours.

Pre-match questions for Millwall vs Fulham 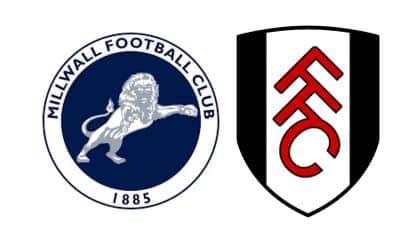