Millwall will be hoping to make the most of the home advantage when they take on Premier League opposition in the form of Crystal Palace on Saturday. The Eagles are going steadily under Patrick Vieira and the former Arsenal man has an infinity with the FA Cup and will be looking to guide his side all the way to Wembley.

We're predicting an action-packed 90-minutes between these two sides as both have been involved in plenty of goals-filled games of late. Four of Millwall's and each of Crystal Palace's last five fixtures have produced over 2.5 goals, so you can see why we're expecting at least three goals to be scored in this FA Cup tie.

There is a great chance that we will be treated to goals at both ends of the pitch this weekend as neither of these teams have kept many clean sheets of late. Both teams have scored in five of Millwall's last six outings and in three of Crystal Palace's last five matches and both clubs have only managed to keep one clean sheet in their last six aatempts.

All you need to know ahead of Millwall vs Crystal Palace

Palace aiming to progress into the 4th Round

Millwall made the trip to Bristol Rovers on the 2nd of January where despite going behind early on, Millwall lead 2-1 at the break thanks to an equaliser from Bradshaw and a penalty from Afobe. However, Bristol fought back in the second forty-five as Weimann add two more goals to his opener in the first half, completing his hat trick and winning the game for the Robins.

Crystal Palace were always expecting a tough 90-minutes at home to high-flying West Ham but probably didn't expect to be 3-0 down at the interval. The Eagles did mount a comeback in the second half tough, Edouard pulled a goal back in the 83rd-minute and Olise scored another in the 90th but Palace couldn't carve out an equaliser.

Crystal Palace: James McArthur, Jordan Ayew and Wilfried Zaha will miss out this weekend, while there are also doubts over Nathaniel Clyne, Conor Gallagher and Cheikhou Kouyate.

Millwall vs Crystal Palace: Your Questions 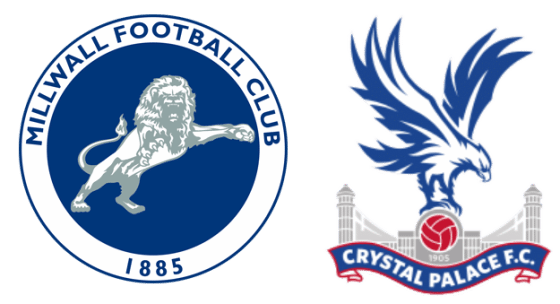