Coventry are one of only two sides in the Championship to have only played the one game so far and they failed to win it. Can the grab their first win of the campaign at Millwall? Find out with our Millwall vs Coventry City match preview with free tips, predictions and odds mentioned along the way.

Coventry to grab the win

We kick off our tips for this game by backing Coventry to win, which might look like a bold prediction when focussing on Millwall’s home from. The Lions have lost just once at home in their last 10 games across all competitions. The key factor here though is that Coventry have been exceptional on the road; they’ve won seven of their last 10 away games in all comps and have picked up draws in the other three. The Sky Blues are also unbeaten in their last four visits to The Den with two wins and two draws.

We have already touched on the fact that both teams are showing strong form in their respective home and away streaks of late and it is because of that why we fancy both sides to grab goals here. Millwall have scored in four of their last five at home racking up a total of eight goals in that time. Coventry meanwhile have scored in each of their last five away hitting a combined 11 goals. As for the head to head record, three of the last four clashes between these sides have seen goals at both ends.

A clash between two in form sides – sort of

The way these teams have been performing in their respective home and away games makes this a match up between two extremely in form sides. That could mean this game is a great watch but, equally, could see the two cancel one another out a little bit. Either way, it should be an interesting battle.

Millwall have lost their last two games – both away – and will be pleased to be back on home soil for this match. That said, their record against Coventry isn’t a great one and they’ll need to break an 11 year home barren spell if they’re to collect the three points.

Coventry were pretty poor on the road for most of last season but late last year, preseason and the start of this campaign have started to turn the tide on that. With the Sky Blues having a good record at The Den, they’ll arrive into this match highly confident.

A quickfire FAQ on Millwall vs Coventry City 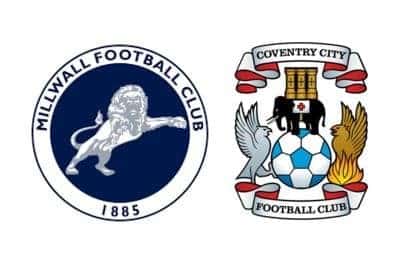