Millwall are the draw experts of not only the Championship but the entirety of English football with six draws from just nine games. Will it be another point on the board for them here? Find out with our Millwall vs Bristol City match preview with free tips, predictions and odds mentioned along the way.

Bristol City to win on the road again

So, our opening paragraph touched on Millwall being the draw specialists but we fancy Bristol City to win this game. It would be a lie to say this tip is nailed on given the Lions are hard to beat but Bristol City have won their last three away league games; they've all been against teams standing notably higher in the table than Millwall too. It's not just those wins though, the Robins have really stepped up their performances from the early weeks of the season and, based on the last five, would be in a playoff spot.

Our next tip for this game backs the score to come in under three goals in the total goals market. Millwall, who have averaged just 2.2 goals per game across the league season, have seen all of their last five come in under 2.5 goals. Bristol City have a slightly less concrete set of stats with two of their last five going over 2.5. Their game average across both those five and the season as a whole is under 2.5 though; it's 2.3 across the nine league games and a round 2.0 over the past five.

Millwall to score one goal at best

Our final tip is again in the total goals market but this time specifically looking at Millwall. The bet? We think they'll score under 1.5 goals in the game. Why? Well, for one thing they've not scored more than one in any of their last five and in just three of their past 15. Then you have Bristol City to consider; you have to go back seven games to find a match where they conceded two or more.

The top odds for Millwall vs Bristol City

Millwall vs Bristol City: An overview of the sides

Millwall aren't doing too badly but draws don't do much for momentum. They are a tough but to crack but do need more of a goal threat about them. That's unlikely to come in this game with Jed Wallace, their beat attacking player, a doubt with illness. On top of Wallace Mason Bennett, who scored six last year, will definitely miss out. Bristol City looked in trouble a couple of weeks ago. Not anymore. Nigel Pearson has kicked them into shape now and they've found from with five games unbeaten including two impressive wins on the road. Andreas Weimann has been key to those away points. 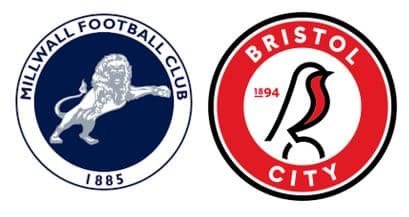