Four clubs in the Championship are yet to win a game and this game puts two of them up against one another. Can either chalk up their first three points of the season? Find out with our Millwall vs Blackpool match preview with free tips, predictions and odds mentioned along the way.

Millwall to use League Cup win as springboard for league success

To be honest, you'd be hard pressed to back the prediction of a Millwall win with recent league statistics with both teams locked on two points with a goal difference of -3. That's why we're not basing our Millwall to win tip on league form. Instead, we're making the argument that the two League Cup wins they've recorded – including their last match – will be enough of a mood boost to get them over the line of victory along with the home advantage they'll hold. Blackpool's wait for a league win will go on and their dressing room could be a pretty despondent place after crashing out of the cup to League One Sunderland on Tuesday.

If the match result too we've just given was largely based on the emotional feeling of each camp then we can go back to hard stats with our total goals prediction. Millwall have gone over 2.5 goals in each of their last three games with an average of 3.7 goals per game. Blackpool have exceeded 2.5 in their last two and three of their past five fixtures. Their game average across the five game period referenced is 3.0. The last time the sides met was a while back (2016) but that day saw three goals.

Our final tip is for Blackpool to score in the game; more specifically known as Blackpool to register over 0.5 goals. Now, they have only scored three league games but did put three last Middlesbrough in the League Cup first round so it's not like scoring is alien to them; they've got four in their last two matches. As for Millwall, they're hardly the most robust defence. If you ignore friendly games, they've not kept a clean sheet since April 17th; that's a run of 10 games.

Betting odds and key stats for Millwall vs Blackpool

Millwall are not having an easy time after such a promising end to last year. Gary Rowett is safe in his job – for now – but citing the need for new faces with the window edging towards its close is not a great place to be. He'll be looking to his experienced players like Bartosz Bialkowski and George Saville to help him out. For Blackpool, this season was always going to be a battle but even they would have hoped for more than they've mustered so far with their goal scoring a particular concern; only Sheffield United have scored fewer. Shayne Lavery could be the answer to their firepower problems.

The final word ahead of Millwall vs Blackpool 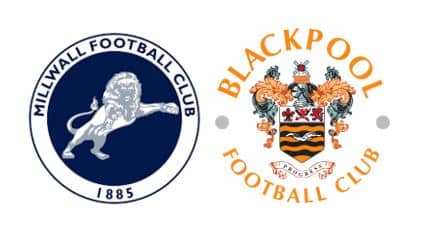