It's not been a great week to be a Blackburn fan. They've lost their star striker and been dumped out of the League Cup to lower league opposition, can they bounce back with a win here? Find out with our Millwall vs Blackburn match preview with free tips, predictions and odds mentioned along the way.

Millwall vs Blackburn: Our tips

Blackburn might have made a winning start to the season last week but they didn't half get a helping hand from their opponents; even with that leg up, they made hard work of grabbing the three points. After being knocked out of the League Cup by Morecambe in midweek their run of form now stands at just one win in five matches. Millwall meanwhile have only lost one of their past five and are unbeaten in four. If that's not enough to convince you then let us remind you that Blackburn had one of the worst away records in the league last year.

Next up in our list of free tips is the over 2.5 market and we're backing ‘over'. Both sides have recent form that supports that prediction. Millwall have broken the 2.5 mark in three of their last five competitive matches. Blackburn go one better than that though with four of their past five competitive games seeing a minimum of three goals. It's not like they're just sneaking past the 2.5 mark either. In the five game period referenced, Millwall have a game average of 3.6 goals with Blackburn coming in at a whopping 4.4.

Our final prediction is that when Millwall host Blackburn we expect both teams to score. We've already touched on the teams seeing a lot of goals in recent times and their defence and attacks have played a big role in that. All of Millwall's previous four competitive games have seen both teams score. Blackburn have seen goals for both teams in each of their last five too. With goals being scored and clean sheets not being recorded, surely this match has at least one goal each in it.

A bad week for Blackburn to end with defeat

Millwall have had a pretty solid start to the season. They grabbed an away point on opening day before knocking Portsmouth out of the League Cup in the week. Now they face a Blackburn side that, in recent times, have had the beating of them. They'll be confident of turning that around here though and in Jed Wallace they boast a man that can win any game of football. Blackburn meanwhile had made a good start to their campaign but things have turned pretty bleak for them in the days since. Getting knocked out of the cup to one of the favourites for relegation from League One is bad but losing star striker Adam Armstrong is worse. They'd rip your arm off for a draw.

FAQ for Millwall vs Blackburn 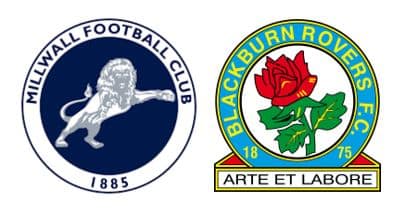