West Bromwich Albion have enjoyed a fine season and there is more to come from Tony Pulis’ side. Saturday's victory over Arsenal showed everything that has made them great, battling to a 3-1 win with two goals from corners, cementing them as the Premier League's most prolific scorers from set pieces.

The Baggies sit eighth in the Premier League, proof that the middle of the division is incredibly well contested. Pulis has built the team in his image and, while they may not be a particularly creative or unpredictable team, their organisation and effectiveness has taken them a long way.

The manager is a known for planning ahead in the transfer market and signing players for a specific purpose. Most recently, he has been linked with a move for Sampdoria’s Slovakian central defender Milan Škriniar, one of the most highly rated defenders in Serie A.

Here we look at how the Slovakian would improve the Baggies…

Škriniar has enjoyed a rapid rise since he joined from Zilina, six-time league champions in his homeland, in January 2016. At 6ft 1ins he already boasts the height favoured by Pulis but he would need to fill out.

Sampdoria, like West Brom, have enjoyed a consistent 2016/17 campaign and sit ninth in Serie A. Škriniar, 22, has played in all but two of their league games this season and, while it took him six games in the team to get a win at the start of the campaign, he has been vital in recent weeks, playing in every minute of Samp’s seven-match unbeaten run, which included a  1-0 win in the Derby della Lanterna against Genoa a fortnight ago.

What does he add?

Škriniar would bring a new dimension to the Baggies. Pulis’ principles are rigid. The defence and midfield are there to protect. Only the front three or four players are given license to attack.

But Škriniar can play in midfield, too, meaning he is comfortable bringing the ball out from the back and offers an alternative way of going forward. But he is very much in the mould of a Pulis defender; big, strong and quick – all qualities the former Stoke City and Crystal Palace boss is unlikely to budge on.

Gareth McAuley, 37, has been an ever present in the Premier League this season and underlined his importance with a brace in the win over Arsenal at the weekend.

The Ulsterman has won 58 per cent of aerial duels and completed nine defensive actions per match. Jonny Evans, his usual partner at the heart of Albion's miserly defence, averages eight and has not made any errors this term.

It would be a huge ask for Škriniar to usurp either player. But he would be viewed as a long-term option. Impressively, the Slovak is already performing at a similar level, averaging seven actions and winning 54 per cent of aerial duels. Such statistics make a good case for him being able to adapt to English football, where the game is much more physical, rather than tactical, and a lot more direct.

One area where Škriniar holds an advantage over Evans and McAuley is with the ball at his feet. Pulis' sides have always operate a safety-first policy in possession and neither Evans nor McAuley excel in this respect. The Sampdoria man is way ahead with a passing accuracy of 92 per cent – 29 per cent better than McAuley and 13 per cent better than Evans. 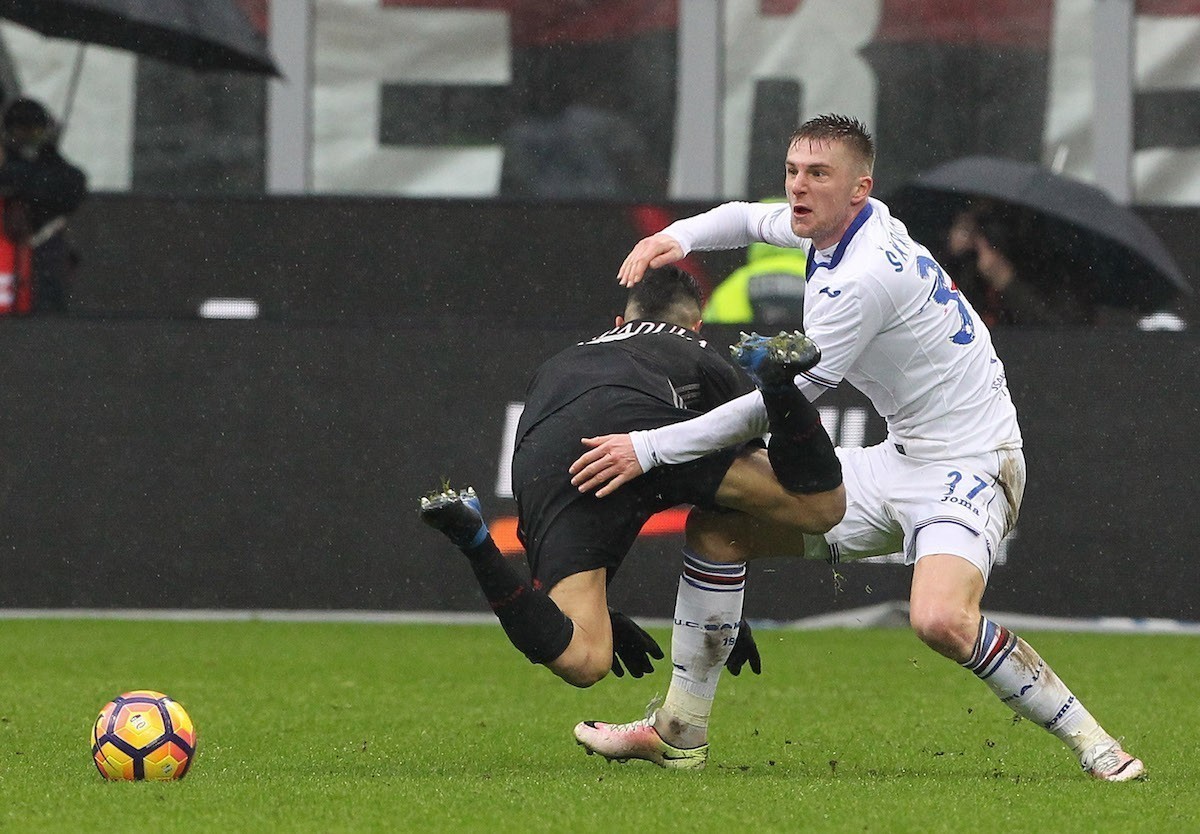 READ MORE: SAM FIELD ‘AS GIFTED AS ANY PLAYER' TONY PULIS HAS SEEN

A change of identity?

West Brom have thrived this season playing a certain way and it has been incredibly successful. The challenge for Pulis is to push a club who has traditionally been a yo-yo club to the next stage. It was something the Welsh boss failed to do with Stoke City and wasn't given time to do at Crystal Palace.

Saturday's win over Arsenal has put the Baggies on 43 points, just six behind their previous best with 10 games to go. European football is not out of the question but, by targeting Škriniar, Pulis appears to bw open to the idea of loosening his grip on the philosophy of the team and making it more fluid.

McAuley has been in excellent form this season but he will turn 38 next year and a contingency plan will need to be put in place.

It is likely West Brom will face competition to sign Škriniar. But it is a deal which could make a real difference to Albion's ability to mix up their style and could mark the start of the club's next step.