Manchester City will look to reinforce their squad during the winter window.

With eyes on winning the Champions League, City can’t afford to be light in such a key area. Fernandinho can fill in but, according to The Mirror, Pep Guardiola wants to add Milan Škriniar to his ranks.

The Slovakia international would fill in for the injured Laporte but then rival him for a start. The Mirror also claim City targeted the 24-year-old in the summer but Inter were not prepared to discuss terms.

A more ruthless approach would be harder for Inter to turn down. City aren’t desperate but they are in need of world-class defensive talent.

City are right to want to reinforce their squad – and they have the money to do so – but are they right to target the former Sampdoria defender?

Škriniar has starred in Serie A, there’s no downplaying that. He looks like a £60million centre-back. He’s got an assertive presence can dominate both on the ground and aerially.

The Frenchman also wins more interceptions but manages fewer possession regains. This could be down to the systems both are deployed in, however, as City stop attacks further up the pitch and control possession. Their No.14 has less defensive work to do.

So it's hard to read into the numbers because of the drastic difference in styles adopted by both sides. But you can judge Škriniar’s suitability by watching him play.

The Inter man thrives in the set-up at San Siro but there's no guarantee he'd have the same success at the Etihad. Far from it. On paper he might seem like a good fit, but in reality, he's the exact opposite of a Guardiola centre-back.

Laporte is very dominant when it comes to one-vs-one situations. He rarely fouls opponents and only does so when it's necessary.

Škriniar dives in. A lot. He's not a stranger to fouling the opposition and regularly does so in dangerous situations. He had a game to forget during Slovakia's defeat to Croatia. 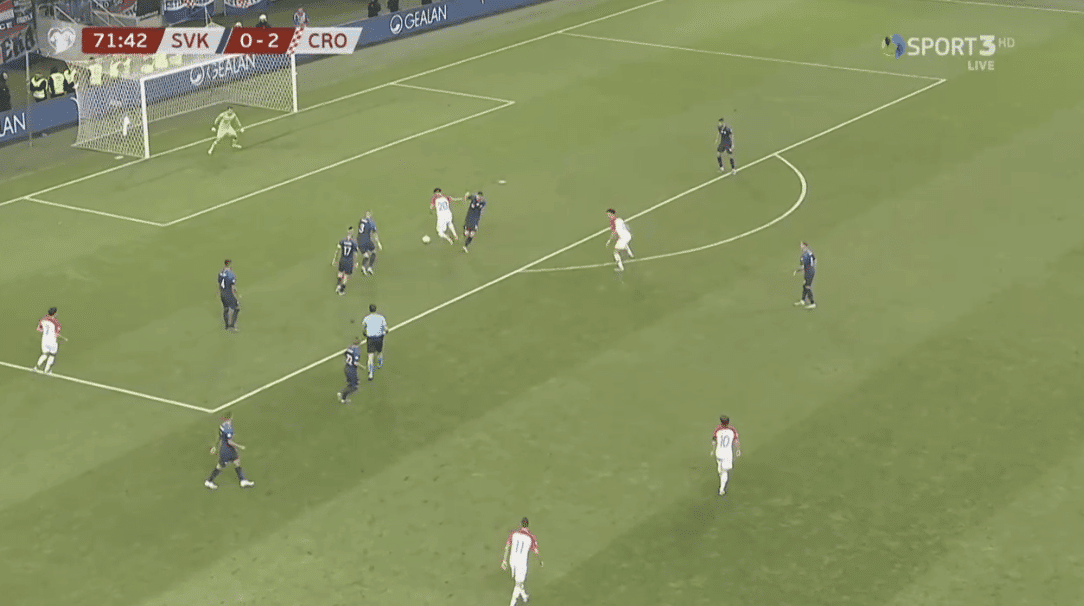 The first error isn't in the screenshot above. He's slow to cover his right-sided centre-back and leaves too much of a gap to properly defend.

Instead, he's having to lunge into a tackle, one he's not making. Škriniar then pulls out and basically allows Bruno Petković to walk past him and add a third goal.

In an exposed system and a higher defensive line, he isn't the defender he is for Inter. He'd likely not be the same in a City defence either. Not without an adjustment period and that could well Guardiola's side vital points in key matches.

There are better-suited players for City to target. They may not have the same reputation as Škriniar but stylistically they're a much better fit.