Newcastle United are preparing for the new season in a style typical of their much revered manager, Rafa Benitez.

The club’s owner, Mike Ashley, has met his match in the shape of the Spaniard who, as football writer Kristan Heneage summed up in this article, has a history of letting those upstairs know exactly what he thinks.

For Newcastle it was a much needed change in dynamic. Ashley’s unpopularity with the club’s fans has been well documented, but since Benitez rolled up at St James' Park, the fans have had a very influential voice on their side.

This strong-willed attitude has spilled over into the transfer market, and is where Benitez really comes into his own.

“We are working very hard and trying to get as close as possible to some signings,” said the experienced manager in a recent interview.

“When I had the meeting with Mike Ashley I was confident that after that meeting we have the money available and the wages. Everything is in place to move forward. Hopefully, Mike can keep his word and we can do what we want to do.”

And with that last line he sent a subtle reminder to the owner that should one of the players on this list become gettable, he wants them getting.

The most recent of these players could turn out to be an inspired signing, and he’ll be the second Spaniard to arrive at the club this summer after Javier Manquillo.

He began his professional career at Osasuna, scoring three goals and adding one assist in the Segunda División play-offs which saw his side promoted to La Liga in 2016. But rather than take his place in Spain’s top division, Merino was snapped up by German side Borussia Dortmund.

The official Bundesliga website waxed lyrical about the player on his arrival. “Composed in possession with a keen eye for a pass, the technically gifted youngster also boasts a quick turn of pace and an ability to read the game that belies his age.

“Those are all qualities that Dortmund head coach Thomas Tuchel, a proven promoter of young talent, will be keen to nurture into a midfield engine for BVB’s ‘special way of playing football’.”

He didn’t get the chances his talent deserved, or required in Germany. He ended up being behind Julien Weigl and Gonzalo Castro in the pecking order, as well as struggling to get game time ahead of Sebastian Rode and the versatile Raphael Guerreiro.

When he did get on the pitch there were promising signs, but the two games he started in the Bundesliga were in the centre of defence. This is another position he has in his locker and you could well imagine him become a very useful ball-playing left sided centre back in a possession based side.

It all depends on the route Benitez wants to take with the player, but at the moment a play-maker role in midfield would get the most out of him.

At 6ft 2 in (188cm) he has the size to challenge in the air but also the skill, passing ability, and movement to knit play together in the middle of the park.

The long passes he sends to teammates with his left foot catch the eye, and could see him quickly put together a decent highlight reel in a Newcastle shirt should he get the game time.

Here’s an example of his intelligent passing, even from the position of centre back. 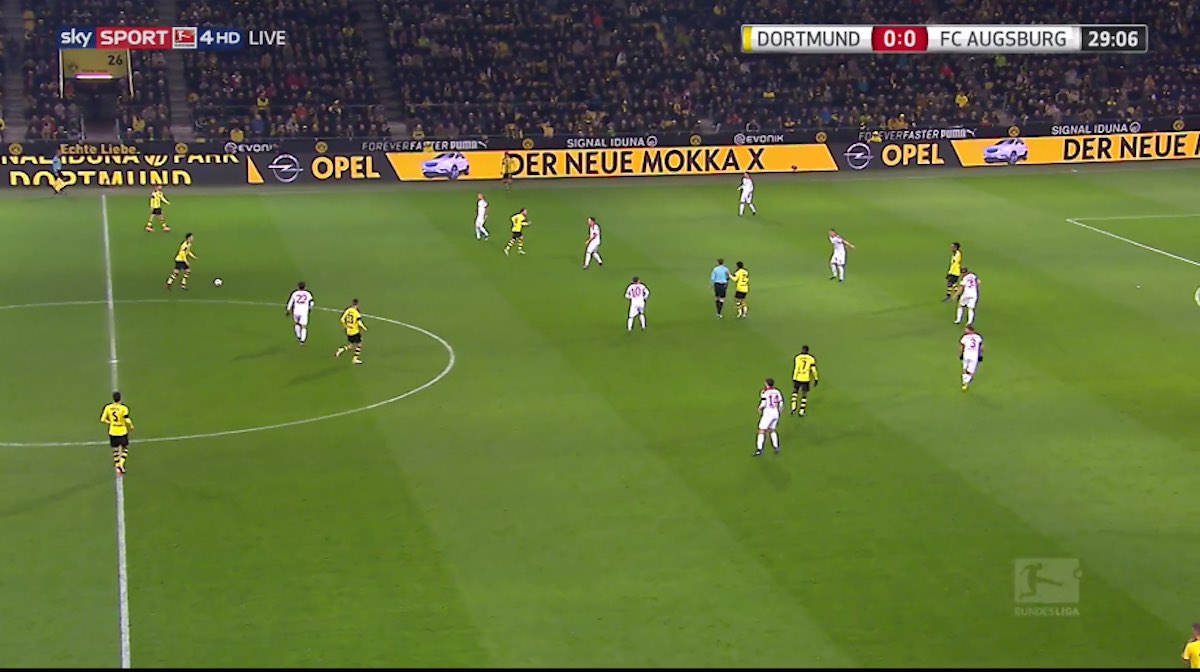 He carries the ball from defence into his familiar midfield position, and instead of looking for an easy pass (the left back is free and asking for the ball) as most traditional centre backs would, he spots a channel through which he can play the ball directly to the striker. 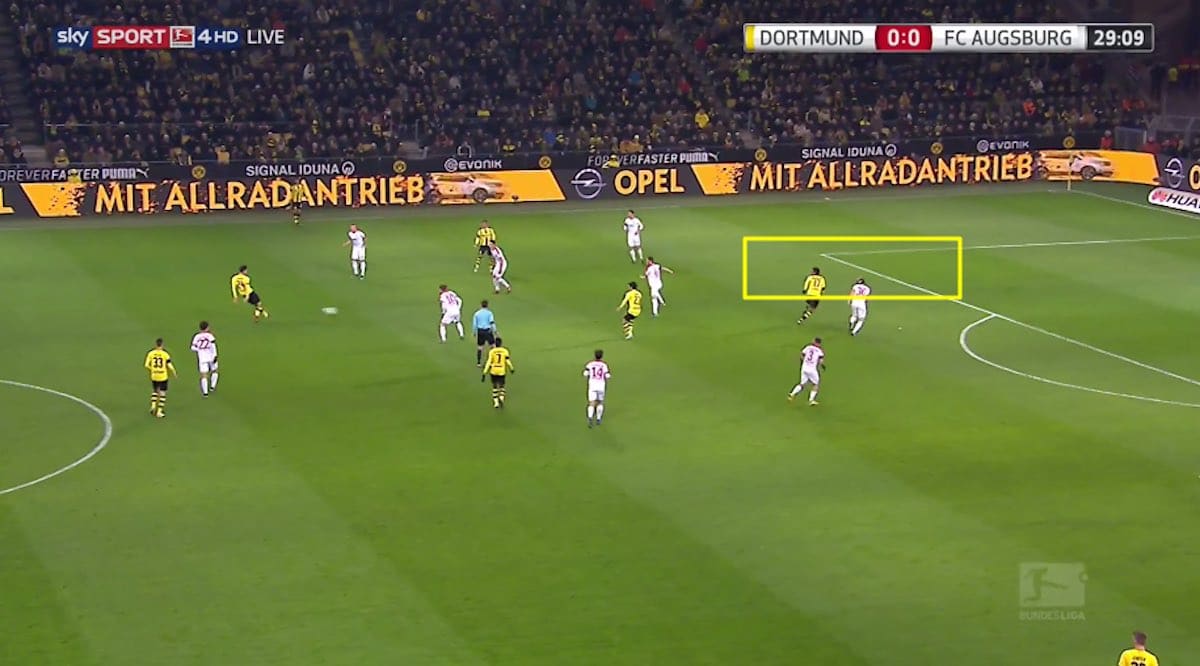 The pass dictates Pierre-Emerick Aubameyang’s movement into the space, and the striker’s run indicates he’s aware of his team-mate's ability to pass into this narrow area even through traffic.

Fans will notice his clever play and his ability to roam across the pitch into space if given licence to do so, play-making from deep positions as well as more advanced ones.

His style could see him rack up the hockey style assists as the second to last man to touch the ball before the goal, and there is some also some good set piece potential in his left foot, which can always be handy.

Due to his lack of minutes in the Bundesliga there isn’t much statistical data publicly available, but throughout his career at Osasuna and Spanish youth sides he’s always put up good numbers in terms of passing, both long (81% accuracy) and short (89% accuracy), and also has good numbers for aerial duels, winning over 60%.

Benitez will have brought the player in as much for his mentality as his skill, and while he's not the fastest, Merino’s work rate and attitude on the pitch should go down well with fans and team-mates alike.

It'll be interesting to see if he gets a game ahead of current first team regular Jonjo Shelvey, who's similar in style, or indeed if the two play together in front of the defence.

Either way, the new signing was a personal target of the manager and will go some way to meeting the targets he's set for those in the boardroom during this transfer window.