Upon his arrival in the summer of 2007, Mike Ashley appeared destined to become the new Messiah on Tyneside. The billionaire’s promise to clear mounting debts, combined with a previously unheard of desire to fit it on the terraces, made him an instant hit following his acquisition of the club from Sir John Hall and Freddy Shepherd. From the outside, Ashley and Newcastle United looked like a match made in heaven.

Fast-forward nine years, and things couldn’t be further from the truth. Rafa Benitez’s men were dealt another harsh lesson as they opened the 2016-17 season with a shock 2-1 defeat at Craven Cottage in Friday’s Championship curtain raiser, confirming that promotion won’t be the foregone conclusion that many had forecast. The Geordie nation is trapped in a strange state of mixed emotions: feelings of love, despite their disappointing start, for a respected manager that has vowed to stand by the team as it bids for an immediate return to Premier League are juxtaposed by a virtually omnipresent hatred of the owner. 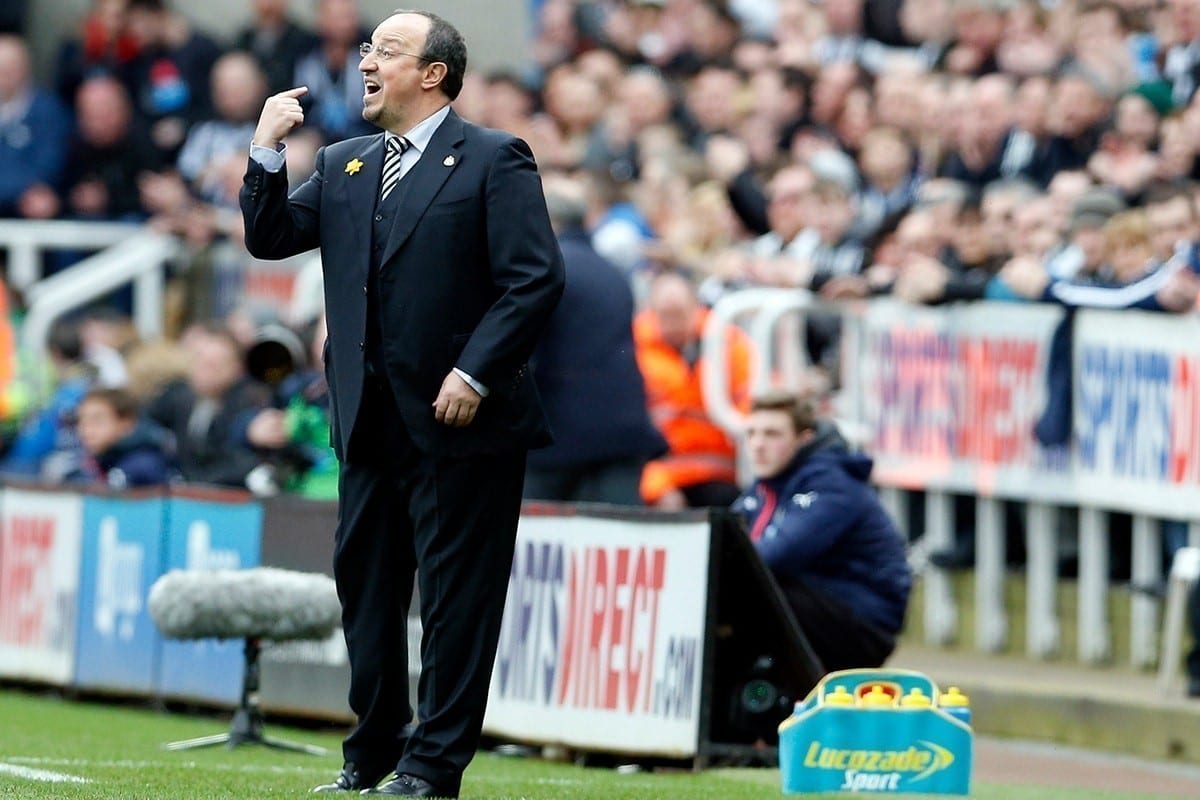 It’s not difficult to understand frustrations on Tyneside. Ashley has, after all, failed to deliver on the promise of turning Newcastle into a genuine title contender. Only 15 months ago, the owner’s battle cry was clear: “I shan't be selling the club until we win something.” A second Championship trophy in seven years was not the silverware that anyone at the club had in mind. As far as major honours are concerned, the agonising 61-year wait looks set to continue throughout the foreseeable future.

Ashley has, by his own admission, been guilty of making mistakes. Controversy has often followed the 51-year-old throughout his Newcastle tenure while his investments in Rangers have only further antagonised a large section of the club’s loyal fan base. Accusations that the owner doesn’t have the club’s best interests at heart are rife on the Gallowgate. Yet again, a football mad city is on its knees in what is just the latest scene in one of the English game’s ongoing tragedies; and only one man has been painted as the pantomime villain.

All fingers on Tyneside are pointing towards a businessman who openly concedes that he regrets the decision to get involved with football. However, perhaps quite ironically given the colours of the north east’s most famous sporting establishment, the situation isn’t as black and white as it might first seem.

In Ashley’s defence, he has tried: Newcastle were already one of European market’s highest spenders in recent years, at least in terms of net spend, heading into the 2015-16. Meanwhile, new boss Steve McClaren was entrusted with a war chest of around £80m over the course of two transfer windows – despite the fact that outgoing deals recuperated around just £5m. Considering that only Manchester City carried a higher net spend last season, the owner would have been excused for expecting more quality, more fight, and more points from his multi-million pound assets. 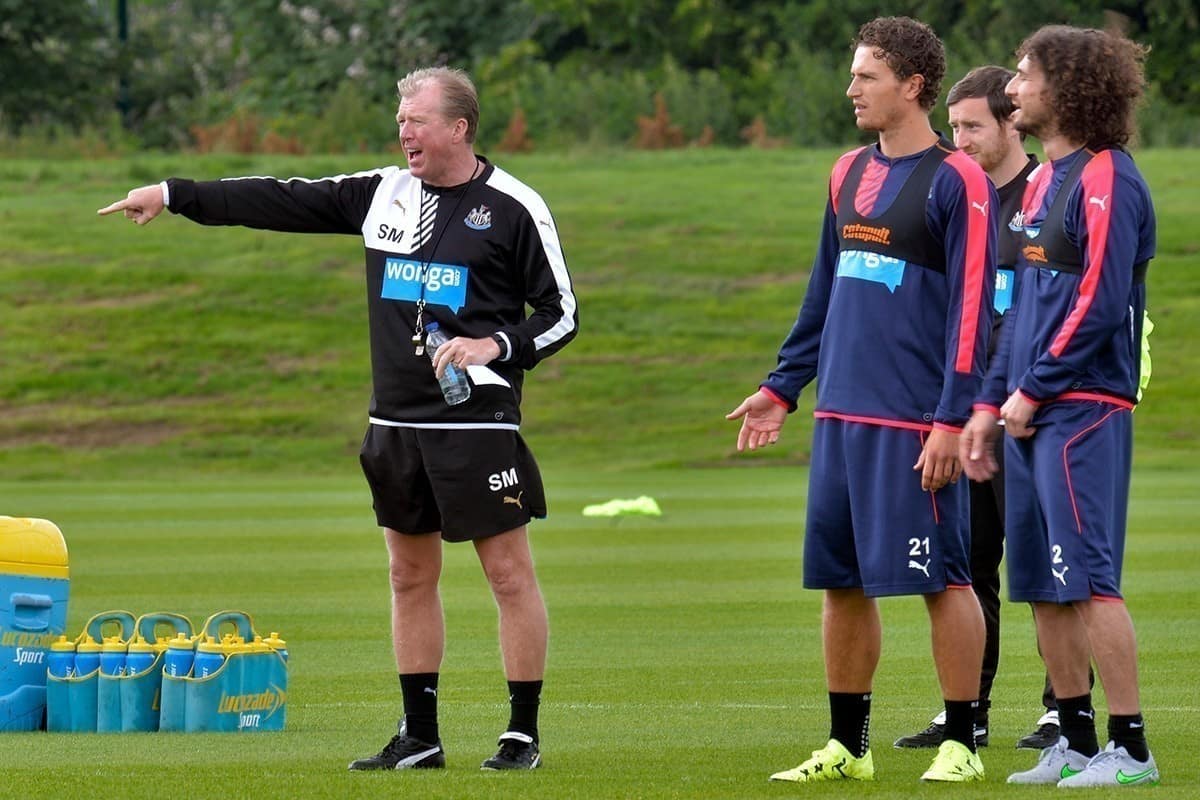 The blame has to be planted at the owner’s feet to an extent, but the squad’s lacklustre performances were down to the manager and the players. Improvements following the appointment of Benitez suggest that Ashley’s biggest mistakes in 2015-16 were hiring McClaren, and then hesitating on the decision to replace the former England boss even though he’d lost both the dressing room and the plant.

Hindsight is a wonderful thing and, until Benitez, you can pick holes in each of Ashley’s managerial appointments. The return of Kevin Keegan, appointment of McClaren, and decision to reward Alan Pardew’s short-term success with an eight-year contract look incredible naïve looking back. At the time, however, the motives behind each of those decisions could be easily distinguished. Arguably Ashley’s biggest crime has been trying to be too hands on; quite simply, the Sports Direct chief is more adept to selling shirts rather than finding the players to fill them.

Nobody could doubt his intent to achieve success, though. Even now, after seemingly falling out of love with the club and football club ownership in general, Ashley has invested heavily. After fetching around £40m through the sales of Andros Townsend, Georginio Wijnaldum and Papiss Cisse, a lot of owners would have pocketed the money, particularly after missing out on the new mega money TV revenue of Premier League football. Instead, the Burnham-born entrepreneur has sanctioned around £45m in summer recruitments. Of course, bouncing back to the top flight is in his best commercial interests from a personal perspective too, but you only need to look at the other perceived sleeping giants to see how wrong things can pan out. 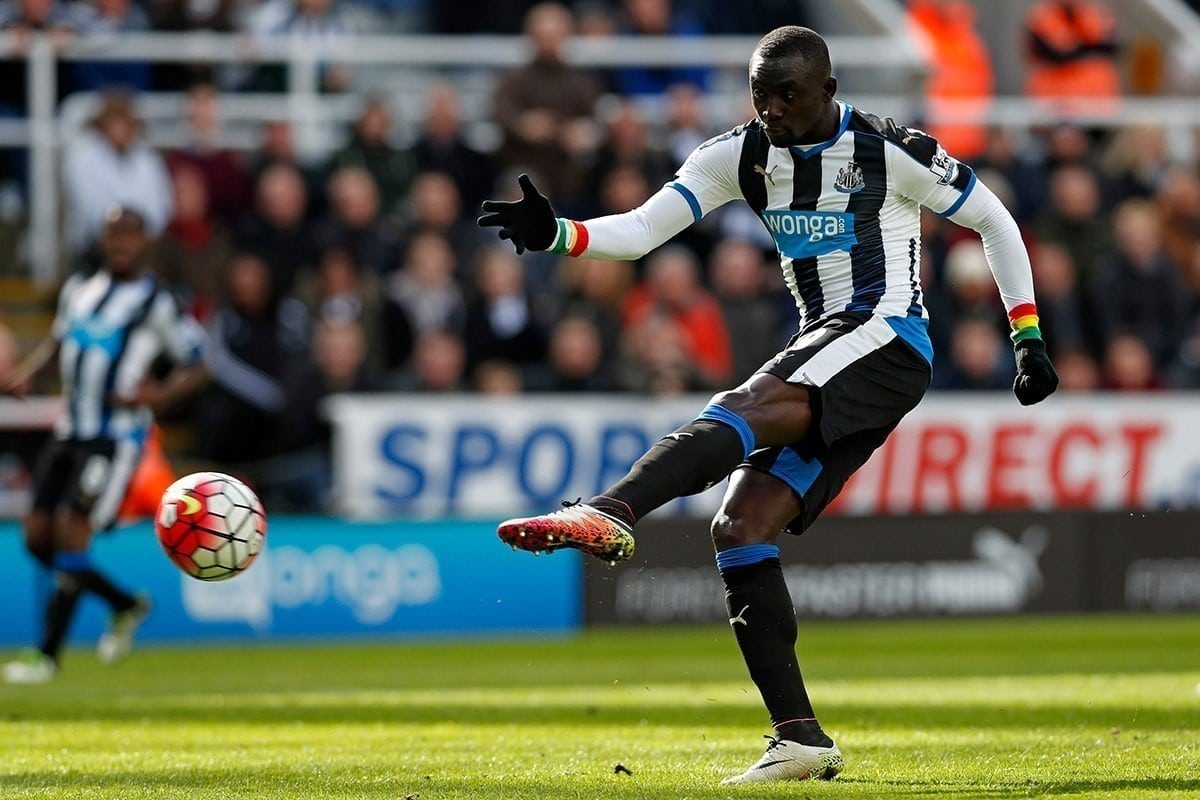 But for all the positive signals, it’s the negative influences that are directing the Toon’s future. And those problems stem, unsurprisingly, from the links to Sports Direct. Ashley’s priorities have always been with his first baby rather than the football club. Whilst the initial announcements of not being in it for the money may have won the fans over initially, it soon became apparent that the club would be used as a tool to leverage his other project.

In fact, Hall has since gone on record to suggest that an increased presence in the Asian markets was Ashley’s main incentive for buying the club. Whether that’s true or not, it underlines the sentiments that the owner is a businessman first; external commitments have slowed the progress of Newcastle, both on and off the pitch. Most notably, the temporary renaming of St James’ Park to the Sports Direct Arena had alarm bells ringing. Even now, the stadium is decorated with several advertisements for the sportswear giant, and they signify a massive missed opportunity for one of English sport’s most iconic institutes. 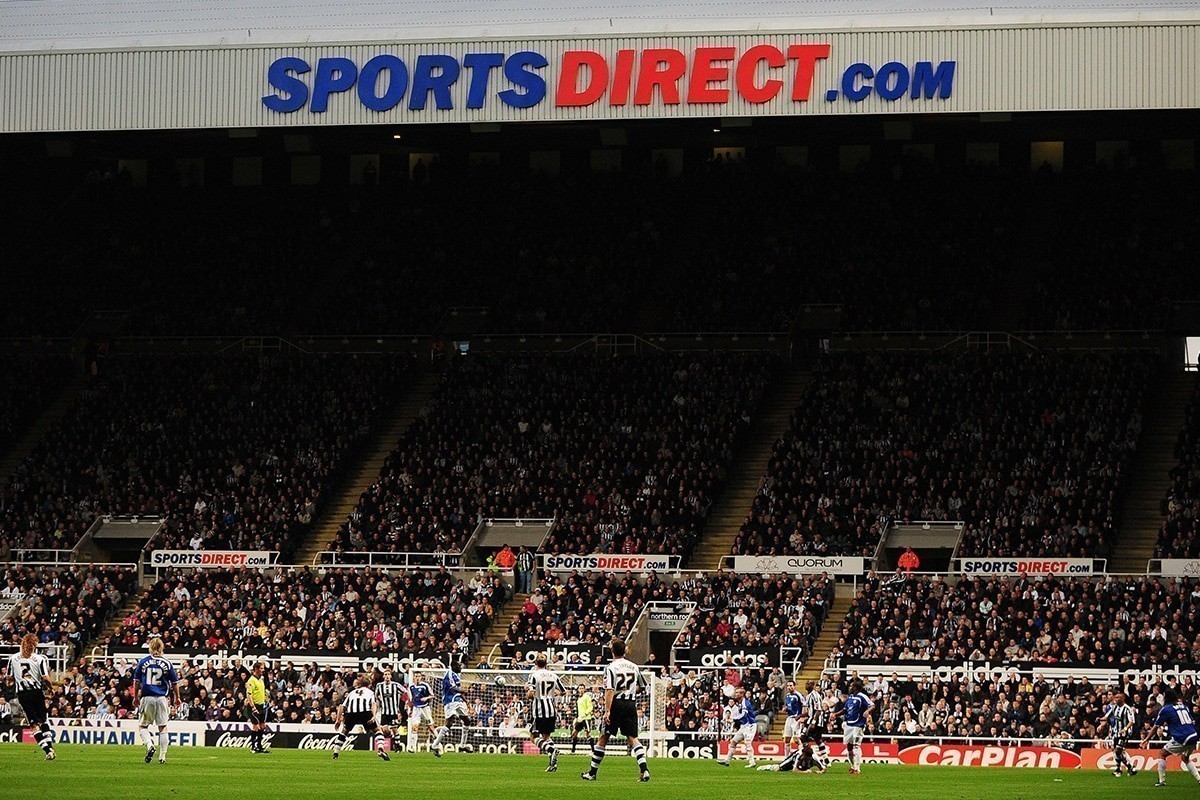 This hasn’t been the only source of supporter unrest over the past nine years. Protests outside the stadium have become far too frequent, and Ashley has had to face the full force of their wrath on several occasions. But, as has been the case on the pitch, it’s often his trust in others that has caused strained relations with the Toon faithful.

The perpetual struggles of managing director Lee Charnley cannot be dismissed. The poor recruitment policy, both in terms of players and managers – especially the appointment of John Carver, who was never seriously wanted by senior officials – has encountered further damage by poor operational decisions. Once again, the buck ultimately has to stop with Ashley, but the owner certainly hasn’t been helped by key members of the backroom staff.

For the majority of Magpies fans, though, the big issue is simple: the club owes Mr Ashley £129m. That interest loan signals a £58m increase on the debt the owner inherited. For a club that is already viciously flirting with football disaster, the end of the current regime could potentially signal the end of the club as they know it. Without a return to Premier League football, outside commercial influences won’t be able to save what has slowly turned into a loveless relationship.

The consequences of Ashley cutting his losses could be catastrophic, and that is a source of both fear and hatred in equal measures. After initially endearing himself to the Toon Army, relations have rapidly soured and the only logical conclusion would be for the owner to move on.

Theoretically, selling a club of Newcastle’s stature should be easy. The Tynesiders boast everything foreign investors could want: a loyal fan base, one of English football’s largest and most iconic stadiums, and global appeal. Sadly, problems behind the scenes along with tensions that have been bubbling for at least half a decade, make it a far less attractive proposition. As Ashley has said himself, he is stuck with the club, and they are stuck with him. Given that neither party is particularly happy, it’s a vicious cycle that looks destined for only one possible outcome. 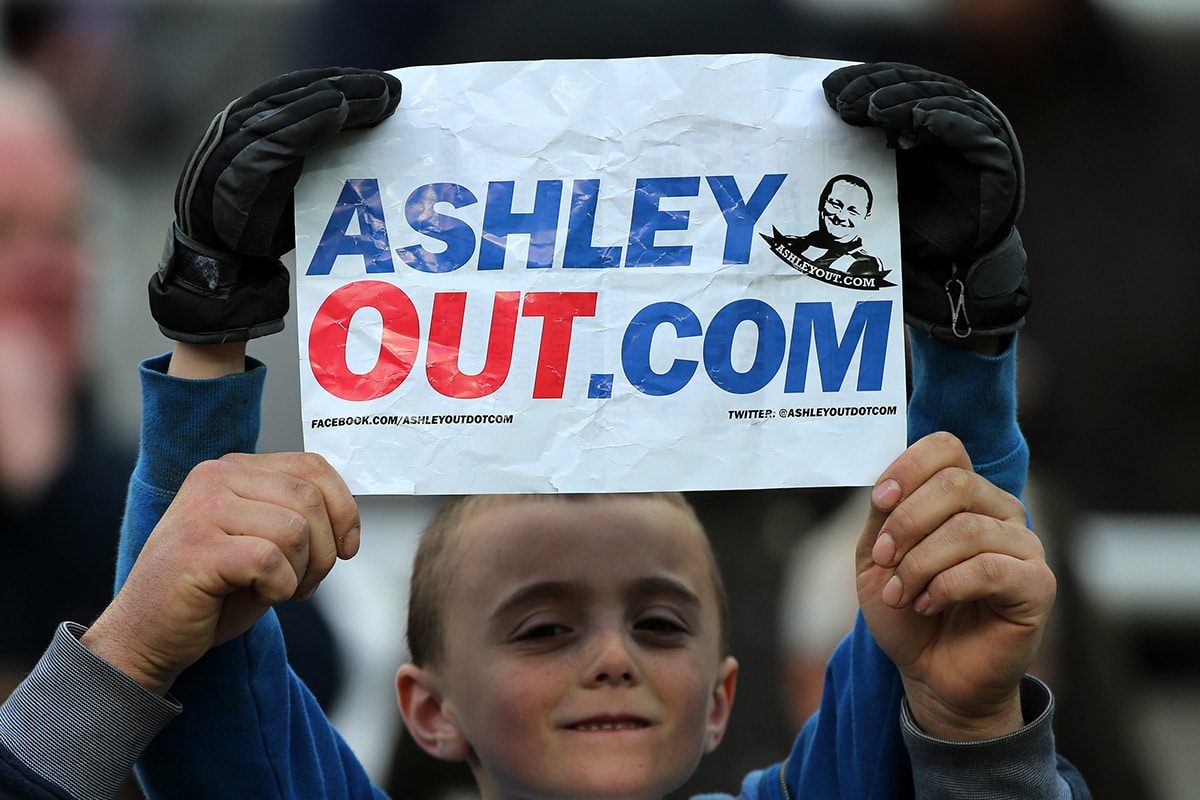 While it shows no sign of approaching the horizon, Ashley’s Newcastle tenure will eventually come to an end. Suggestions that the club is rotten to the core may be a little overblown but, quite frankly, fresh blood at the top is what the Magpies need if they’re ever going to catapult itself back to a position where honours and Champions League qualification are a genuine prospect.

Ashley has committed a string of errors since taking the reins, and his public portrayal hasn’t helped the cause. The Newcastle fans will be pleased to see the back of him when that time comes, and Tyneside is unlikely to ever portray him in a positive light. But as with all broken relationships, imperfections have been shown on both sides.

The intentions were good, albeit impaired by outside interest, and things could have been so different if Pardew had been able to build on the progress of 2011-12. Again, while a lot of the blame has to be directed at the owner, he should not be alone. As English football’s most complex owner, the Newcastle owner has provided bags of entertainment; he has divided opinion from day one, and looks set to do so until the day he leaves.

Ultimately, though, for various reasons, Ashley hasn’t been the right man for the club. If the sleeping giant is ever to be awoken, it will be under new ownership. A return to relevance is something most football fans outside of Sunderland and Middlesbrough would love to see.

Before worrying about those ambitions, though, Benitez’s men need to bounce back from their defeat to Fulham. The next nine months are already shaping up to serve up another rollercoaster ride of emotions for everyone connected to Newcastle United. After the last nine years, we shouldn’t have expected anything different.