Two games into the Premier League season and Newcastle United have performed pretty much as expected under part-time novelist Steve Bruce.

An opening weekend defeat to Arsenal was no surprise; the Gunners are top-four hopefuls, of course. The 3-1 loss at Norwich City was, however, unacceptable.

The Magpies lacked… pretty much everything. Defensive discipline? That appears to have departed with Rafa Benítez. Attacking threat? Non-existent for almost the entire game. What about energy and desire, the basics? Well, the players did run around a bit.

Bruce has, rightly, taken the majority of the backlash from the defeat. This is his side, his tactical instructions, his watch. But that doesn't mean the players are absolved of all blame.

And on Match of the Day, Magpies legend Alan Shearer decided to turn the screw on January signing Miguel Almirón, who arrived from MLS side Atalanta United for a then club-record £21million.

“Almirón hasn’t scored for Newcastle and one of the reasons why is his lack of movement,” the former Newcastle United No.9 explained. “I spoke earlier about players getting into the box and gambling and he’s got to do that. He’s a forward, Newcastle need him to score and assist.

“There was no-one supporting or assisting Joelinton. Almirón has got to get further forward if Newcastle are going to score goals.”

Shearer has clearly done his research: Almirón hasn't yet scored for Newcastle. He's yet to register an assist either in his 12 games for the club. That doesn't mean he hasn't contributed since his arrival.

In 2019, no Newcastle player with more than 500 minutes in the Premier League has fashioned more shooting opportunities than the Paraguayan's 1.33 per 90.

The problem is that in Bruce's two games in charge, Almirón's output has alarmingly dipped. 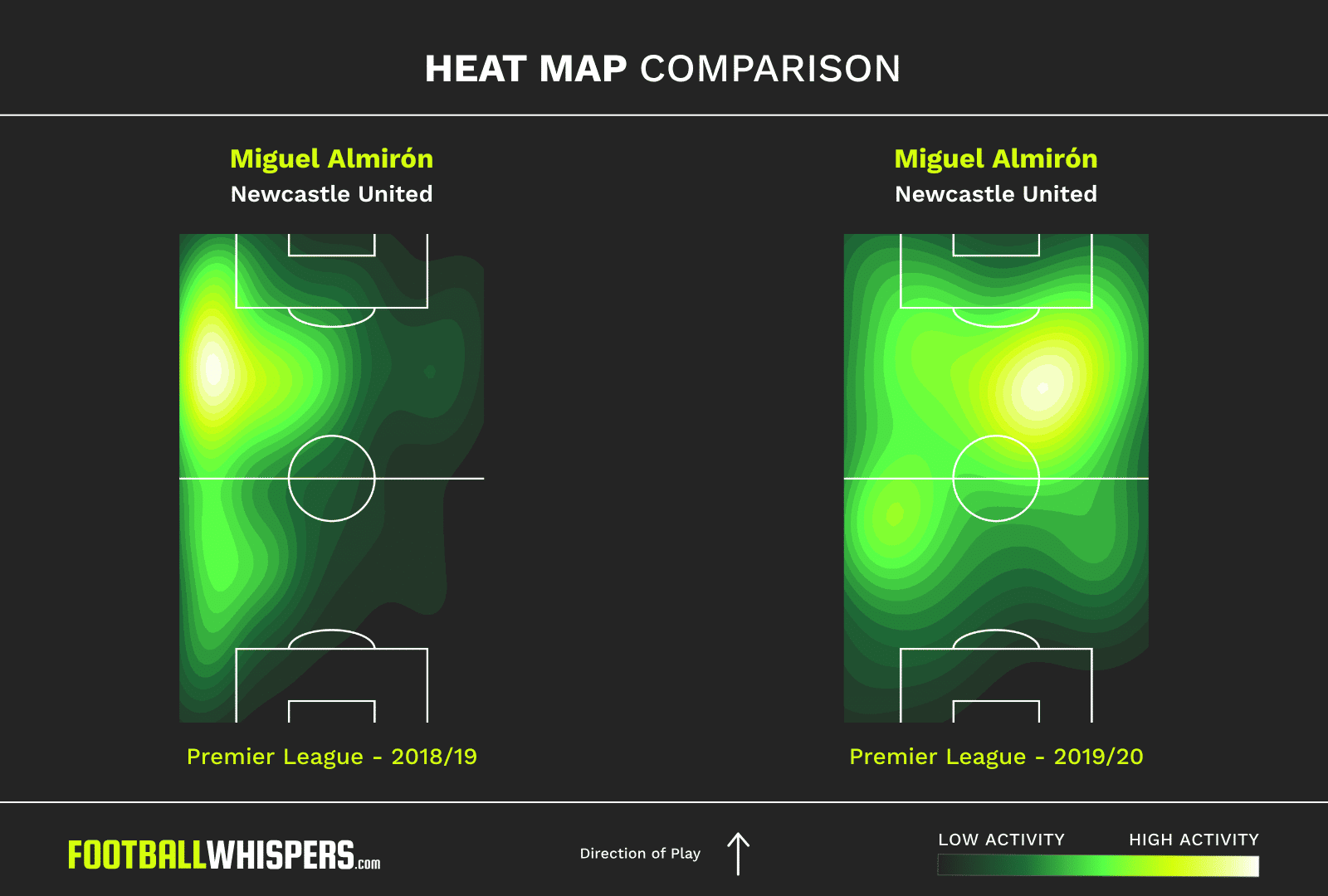 It's clear from the heatmap comparison above that Almirón is being used in a very different position under Bruce. Moved off the left flank, the 25-year-old now plays off summer recruit Joelinton in a 3-5-2.

A free role behind the striker is the position Almirón thrived in at Atlanta. He formed a devastating partnership with striker Josef Martínez, the pair's form vital to the club's MLS Cup win in 2018.

Almirón ended that season with 13 league goals and a further 13 assists. He can be a match-winner. So why not at Newcastle?

Let's state the obvious; MLS is not as strong as the Premier League and so it is no great surprise Almirón isn't as decisive. He is also no longer playing in the division's strongest side, which was the case at Atlanta.

Yet his ineffective displays under Bruce this season are systemic. Almirón thrives on space, the ability to pick up the ball from deep and shift through the gears as he moves up the pitch.

That was evident on one occasion against Arsenal. The below stills are taken from that game. Almirón picks up the ball in midfield, turns and carries the ball into the Gunners' defensive third. 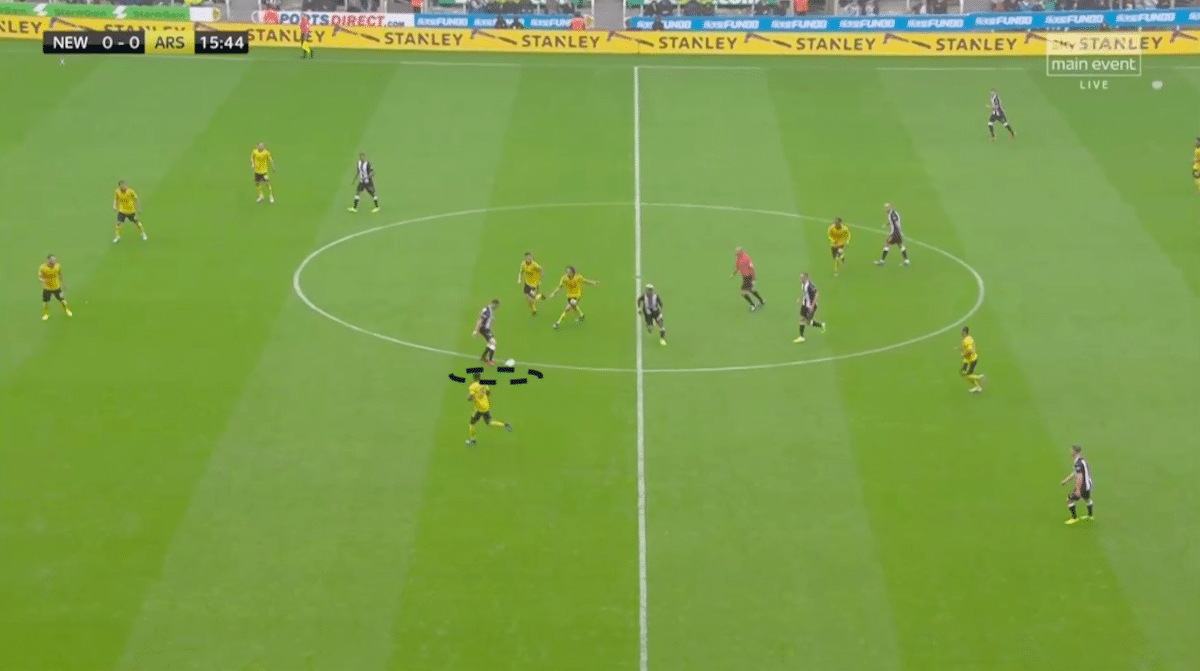 Arsenal's defenders back off and the Paraguayan is able to offload the ball to the overlapping Javier Manquillo. In the space of six seconds, Almirón has solely dragged Newcastle into the final third. 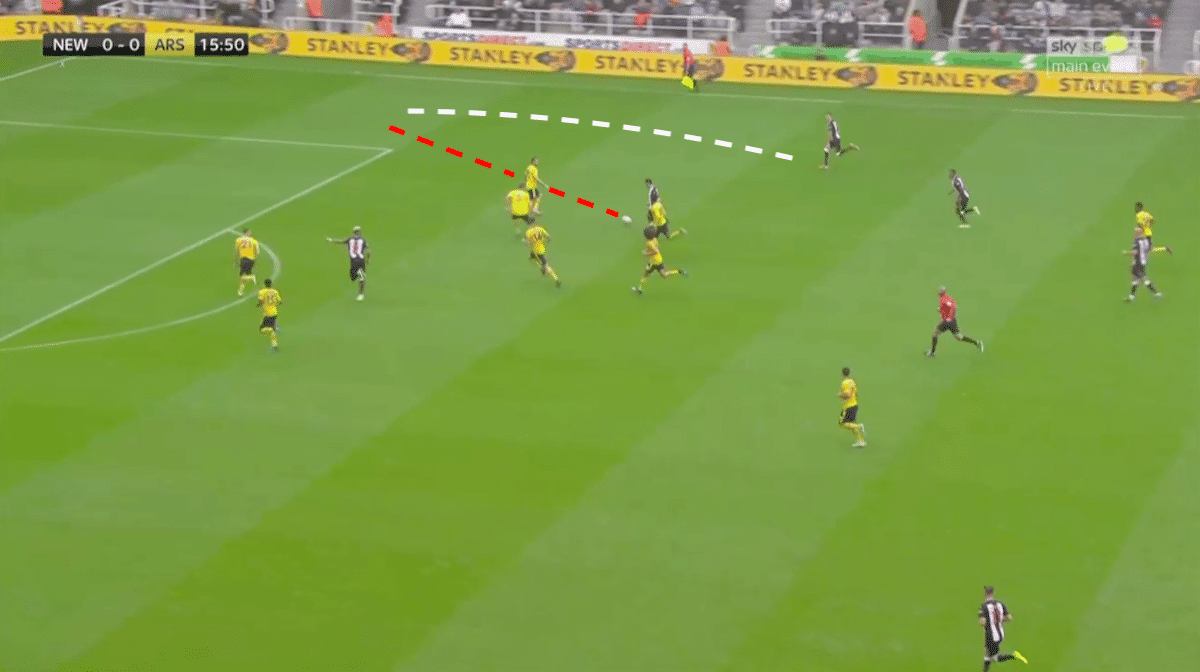 He then does what he didn't do against Norwich – much to Shearer's chagrin – and advances into the penalty box.

Notice, however, the lack of support. Joelinton and Almirón are the only two players in the Arsenal penalty area. Both are marked and the chance fizzles out into nothing. 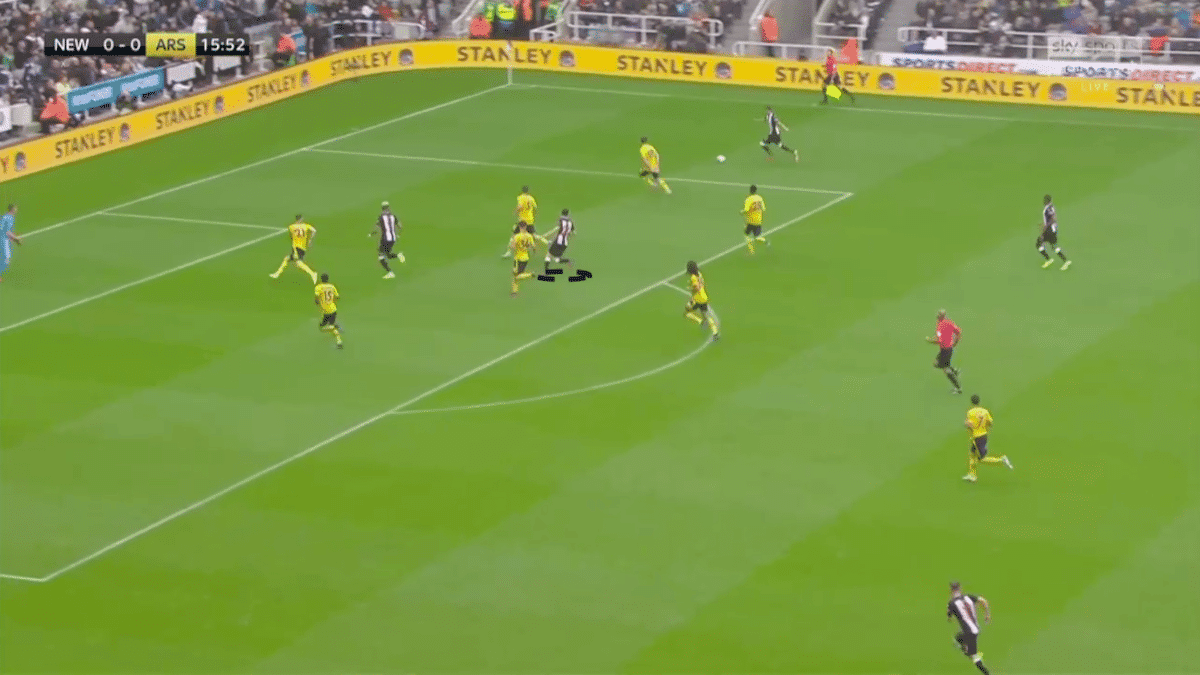 This was a problem against Norwich, too. There is a disconnect between the Magpies' midfield and their attack. Almirón attempted to bridge that, especially against the Canaries, and often dropped back to collect possession.

But that left Joelinton isolated and Almirón too deep to affect the game on the rare occasion Newcastle did manage to break into the opposition's defensive third.

That, rather than Almirón's failure to break into the penalty area, is the real cause of the Magpies' issues. And unless Bruce solves the problem then it will be some time until the Newcastle faithful ever see the best of their No.24.