In August, Burnley manager Sean Dyche spoke out about how he would be hailed as a genius if he was foreign. How foreign managers who use similar tactics to him are praised as innovators whereas he was called a dinosaur with outdated ideas for using the very same systems and ideas.

“They questioned me for playing a 4-4-2 and then everyone played it last year and it was ‘amazing Claudio Ranieri, amazing, tactical genius'. Jurgen Klopp came in and played sort of a 4-4-2 and let's run really hard and press, people thought it was incredible… ‘wasn't Sean Dyche doing that years ago when he got here? Oh well'. Antonio Conte came in at Chelsea and he got commended for bringing a hard, fast, new leadership to Chelsea, which involved doing 800metre runs, 400m runs and 200m runs. Come to my training and see Sean Dyche doing that and you'd say ‘dinosaur, a young English dinosaur manager, hasn't got a clue'. So is it perception or is it fact? I have no problem with it. It's the reality I say.”

While he does, to an extent, have a point it’s also important to remember that it’s about the execution and not just the idea. Dyche may be tactically switched on but if he doesn’t identify the right players to execute these plans it’s pretty counterproductive. He cites Leicester as an example in the aforementioned quote and they’re a team Burnley are using as an example to build on their Premier League status. Burnley were promoted and they went about signing players suited to their style. It was all about functionality and not reputation – the way recruitment should be done. They’ve bought into Dyche’s philosophy and the results so far this season have been admirable.

They not only beat Liverpool they kept a clean sheet against Klopp’s free scoring side. They also picked up wins against Watford, Crystal Palace and Everton, kept a clean sheet against Manchester United at Old Trafford and were narrowly defeated by both Manchester City and Arsenal. The manager should be proud of his players for these performances and for bringing his ideas to life. 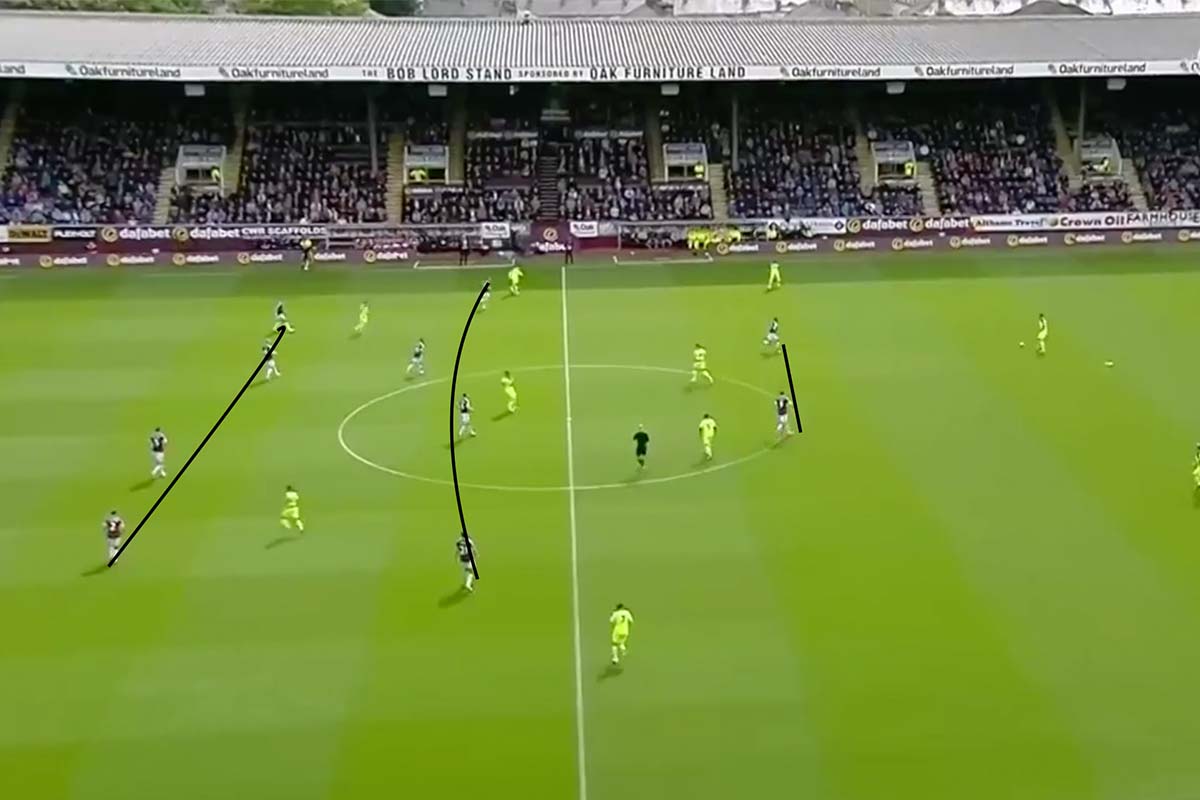 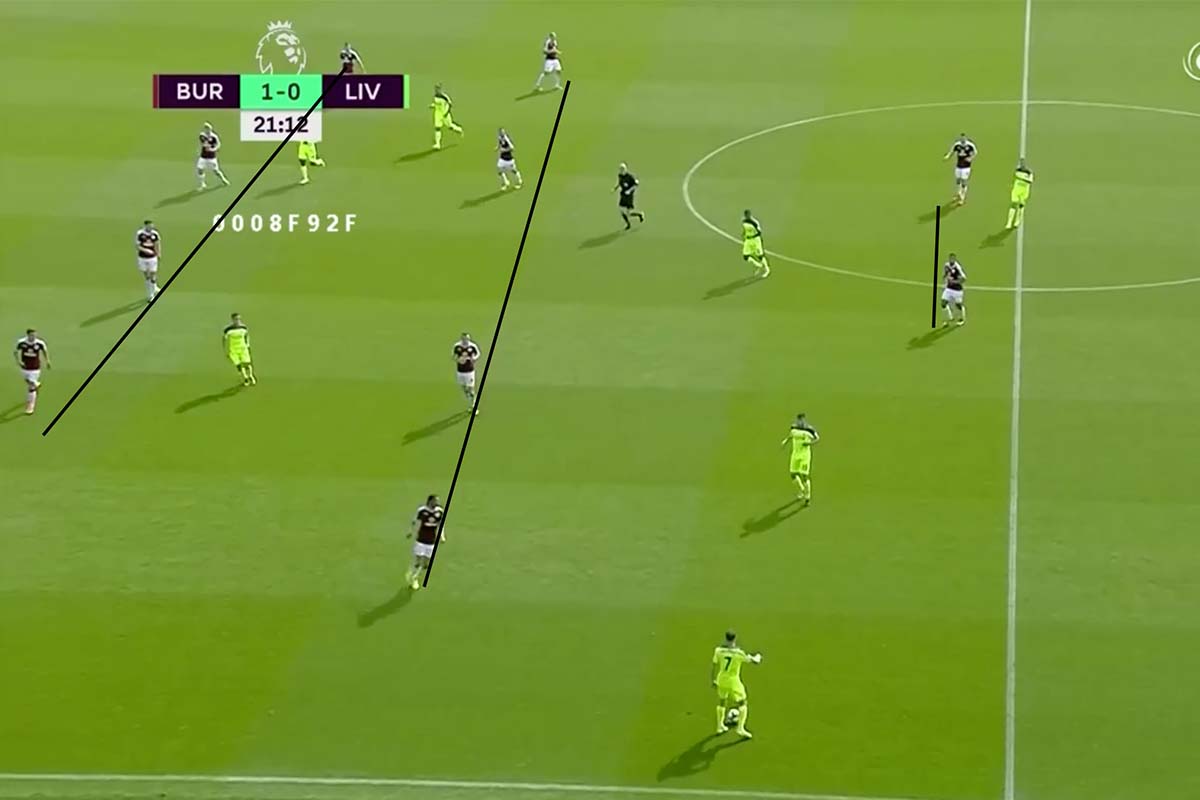 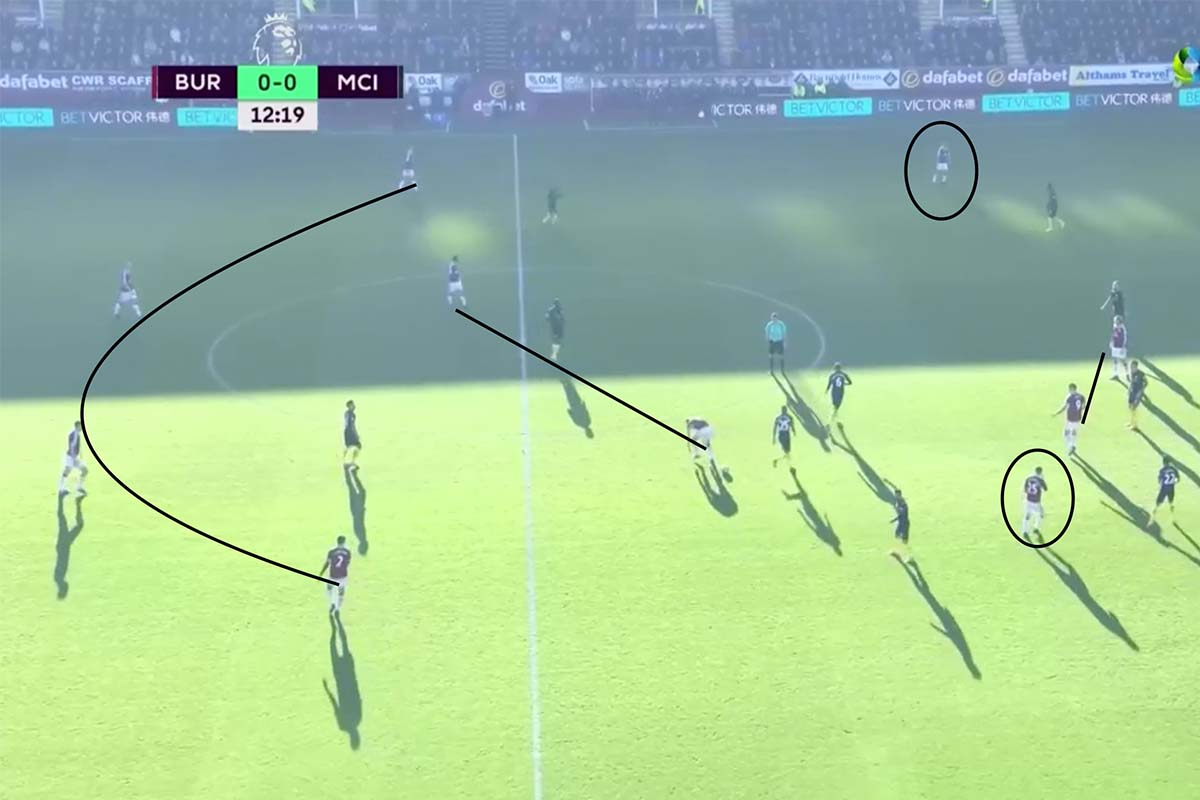 At the beginning of the season Burnley used a 442 system which you can see in the first two pictures, taken from Burnley’s surprise 2-0 victory over Liverpool. The back four, from right to left, is usually Matthew Lowton at right-back, Michael Keane and Ben Mee at centre-back and Stephen Ward at left-back. The personnel in the midfield has been tweaked at various stages with Dyche opting to switch between 451, 442 and 4411. What is a constant though is the makeup of the midfield. They’re all grafters and they all work hard and buy into what the manager wants from his midfield.

In the third picture, taken during Burnley’s 2-1 loss against Manchester City, you can see it’s almost like a box midfield with Steven Defour and Dean Marney in centre-midfield and Joey Gudmundsson and George Boyd in attacking midfield positions behind the strikers having drifted in from wide areas. Jeff Hendrick, the man tasked with supporting the striker, is actually ahead of Sam Vokes and it’s basically a two man partnership in attack when Burnley are attacking. Without the ball Burnley just drop into two compact lines of four.

Burnley alternate their system and style depending on where the opposition have the ball. Dyche’s men will drop anchor, sit deep in their own half and look to repel anything that comes their way if the opposition are camped out inside their half. They’re organised, disciplined and look to dictate the space as in ‘you have the ball where we allow you to have it’ sort of mentality.

However, in the opposition's half Burnley press high up in attempt to force them to go long. They might not get the plaudits that Liverpool and Manchester City do but it’s quite an effective weapon that Dyche has in his arsenal. 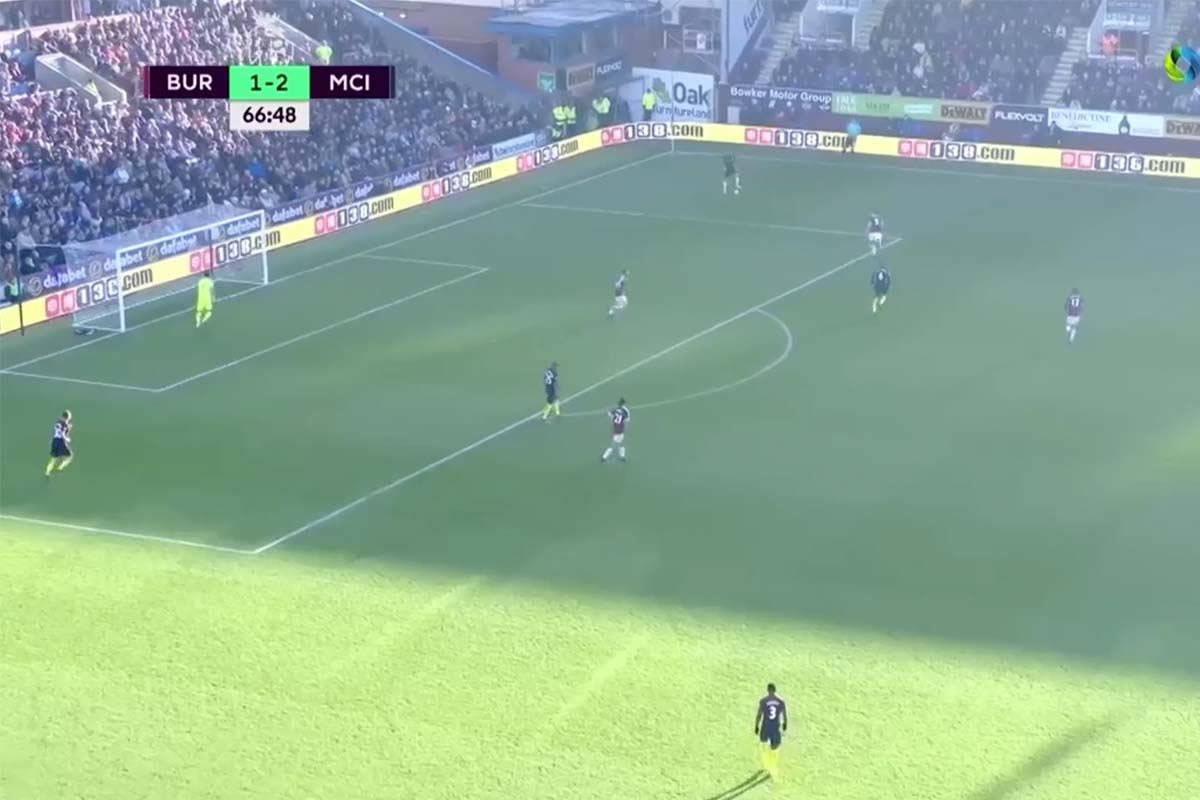 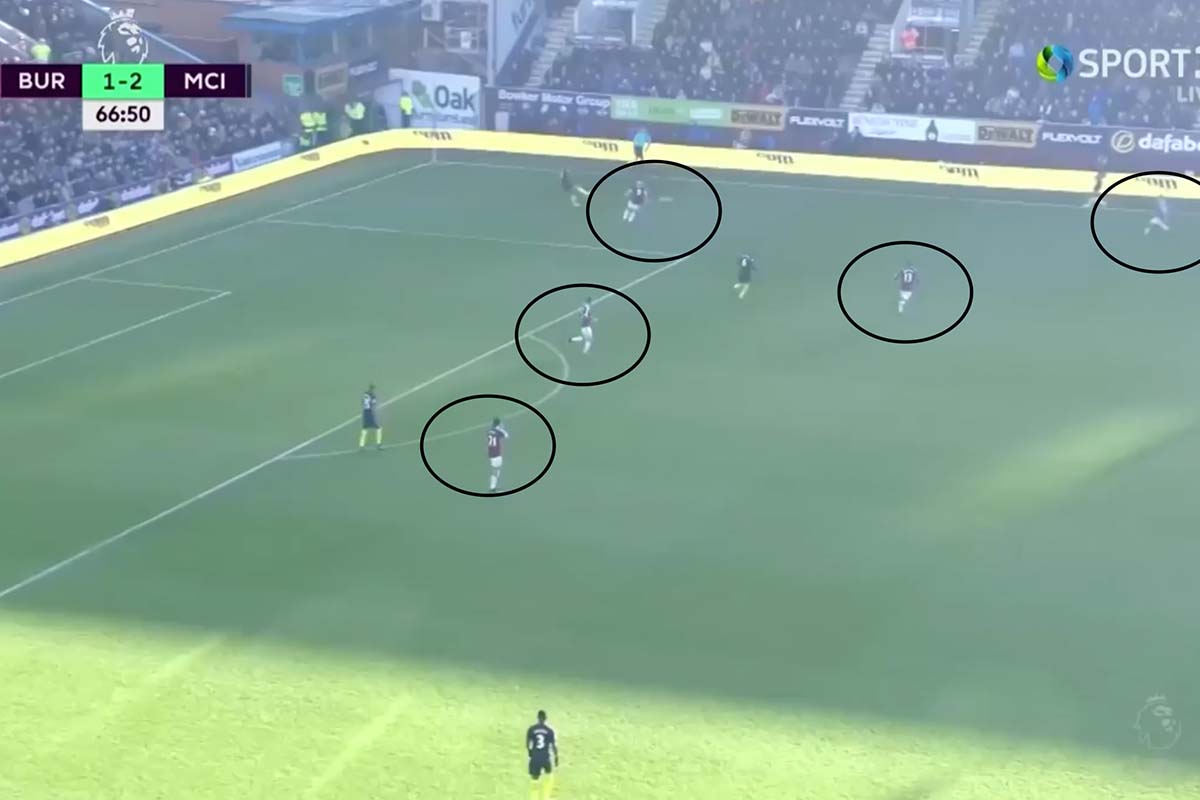 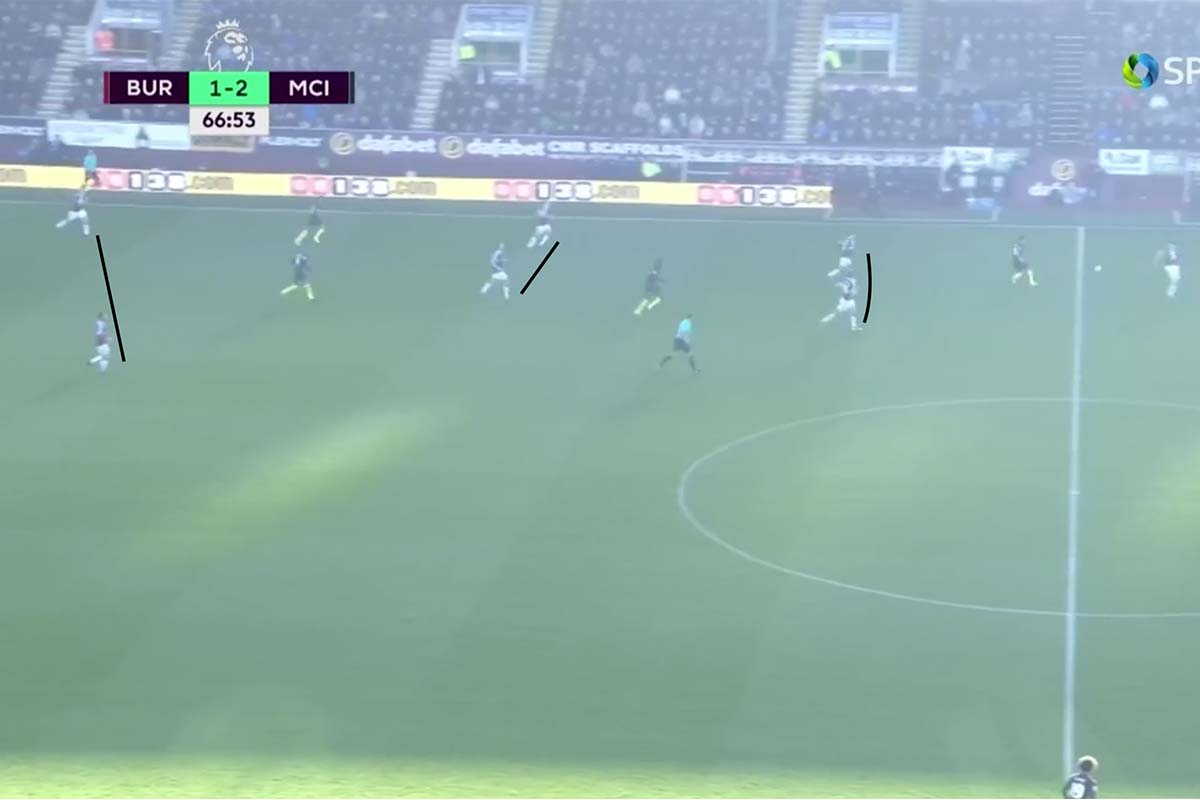 People often associate Burnley with a defensive mentality but in the above two pictures, from their defeat against Manchester City, you can see that they’ve committed six players forward to press. Man City clear the ball down the line and Burnley regain possession near the halfway line. Not only does it starve City of possession it also means Burnley can build an attack knowing they have six players in the attacking half. 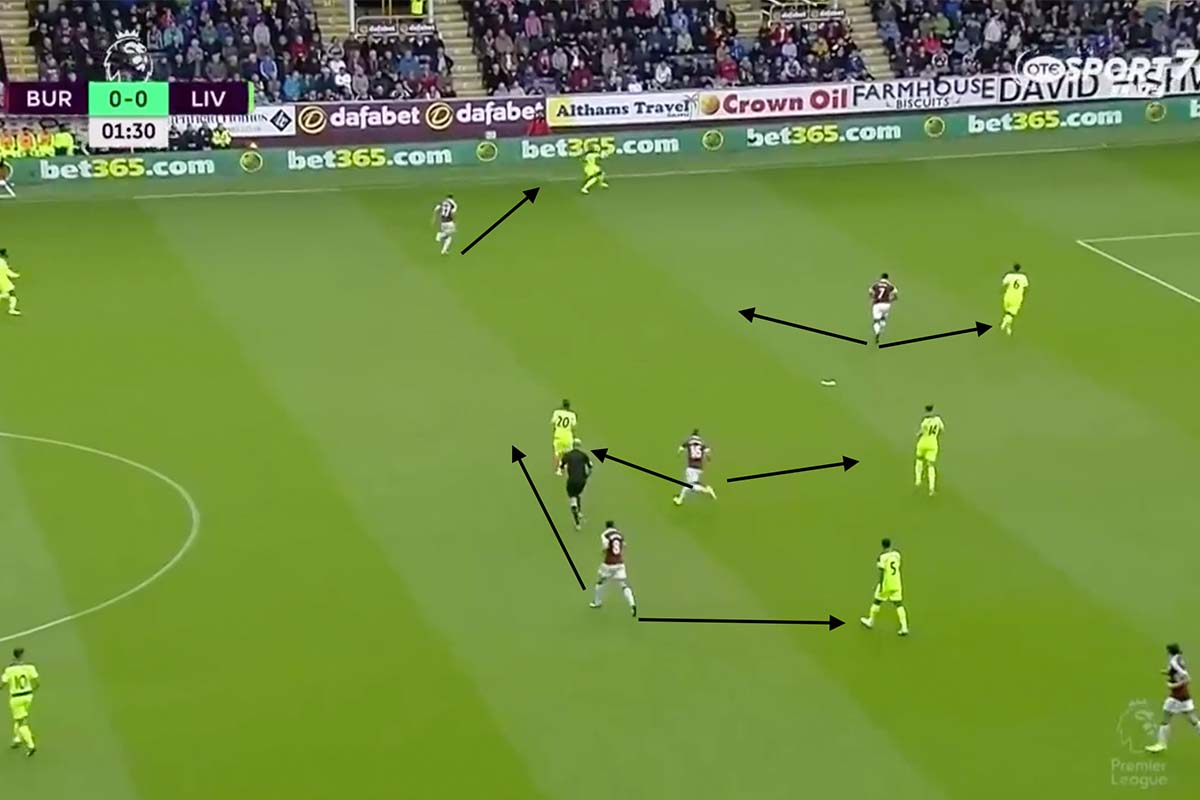 The picture above shows the lead up to the Burnley opener against Liverpool. There’s no easy pass for Nathaniel Clyne, the man in possession, and because Klopp’s men want to keep the ball Clyne looks to play a risky pass to Adam Lallana despite the fact Burnley have three men capable of cutting off the pass. In this instance Andre Gray intercepts the pass and plays it forward to Sam Vokes who spins and slams the ball home. The Burnley players position themselves cleverly which enables them to go one of two ways depending on the pass. It’s a proactive approach as opposed to a reactive one.

Throughout the summer transfer window Burnley made a reported seven offers for Brighton midfielder Dale Stephens. The midfielder's current deal expires in the summer and Burnley offered a reported £7 million for his services but Brighton held firm even though the Stephens handed in a transfer request and the deal never materialised.

Burnley could, and maybe should, revisit this potential deal in January and offer Brighton their last chance to make money on the talented midfielder. He’d add some depth to the Burnley midfield and his profile is well suited to that of a Dyche midfielder. 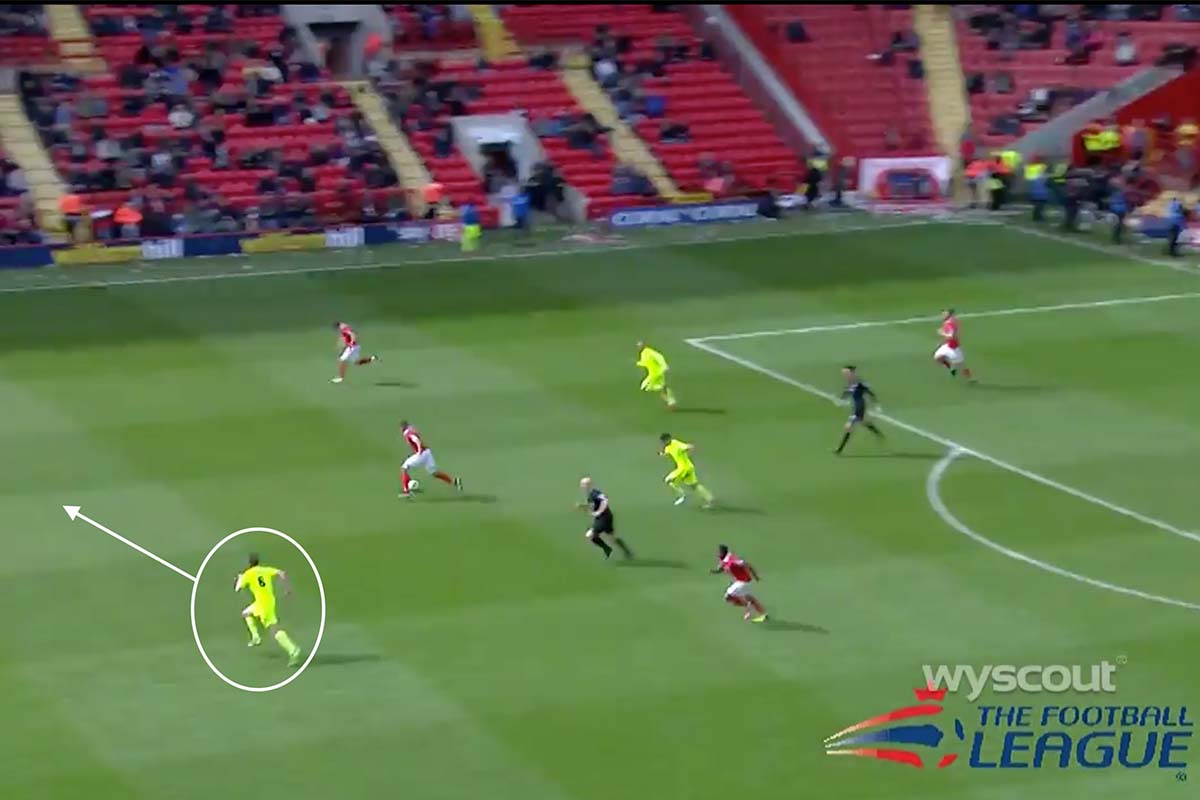 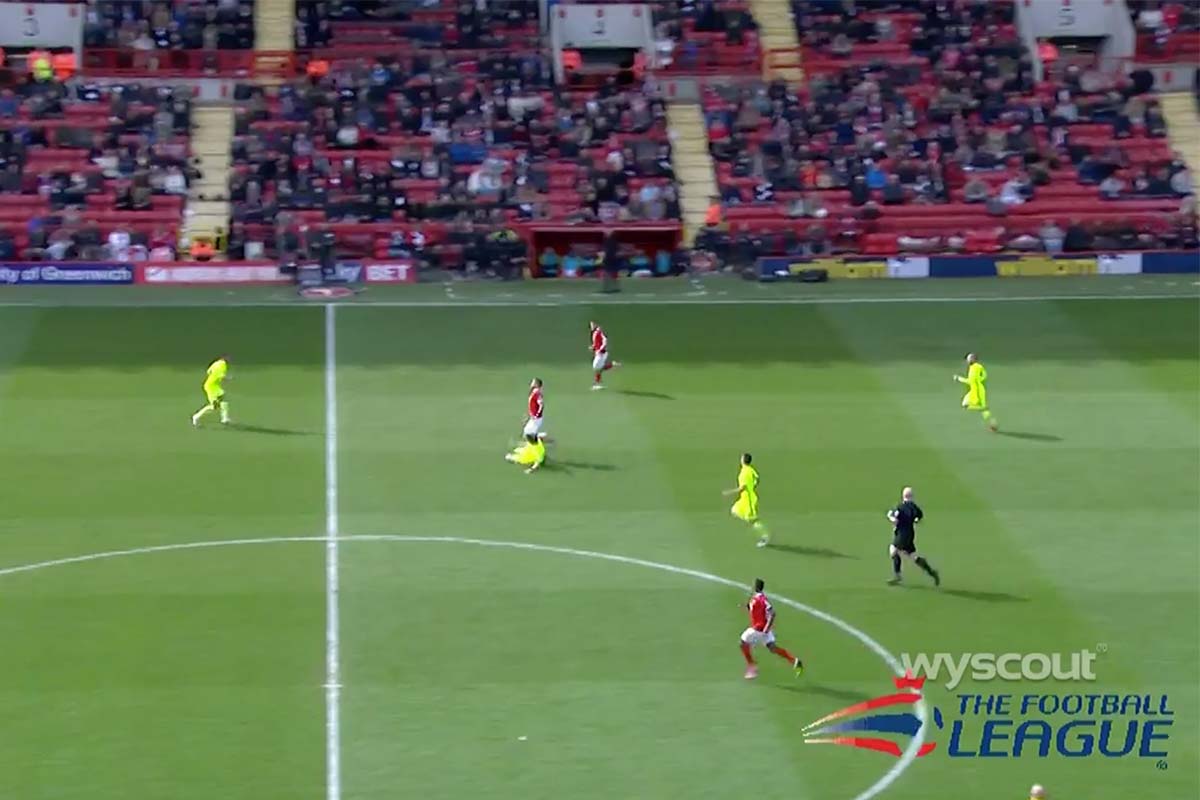 In the two pictures above you see Stephens’ work rate and tenacity. The opposition look to break but Stephens makes up the ground to not only cover but he perfectly times a tackle which gets Brighton back in control of the situation. If Stephens isn’t as aware and isn’t as switched on in this scenario the opposition have a man over on their right (Brighton’s left) and could perhaps progress their attack further. 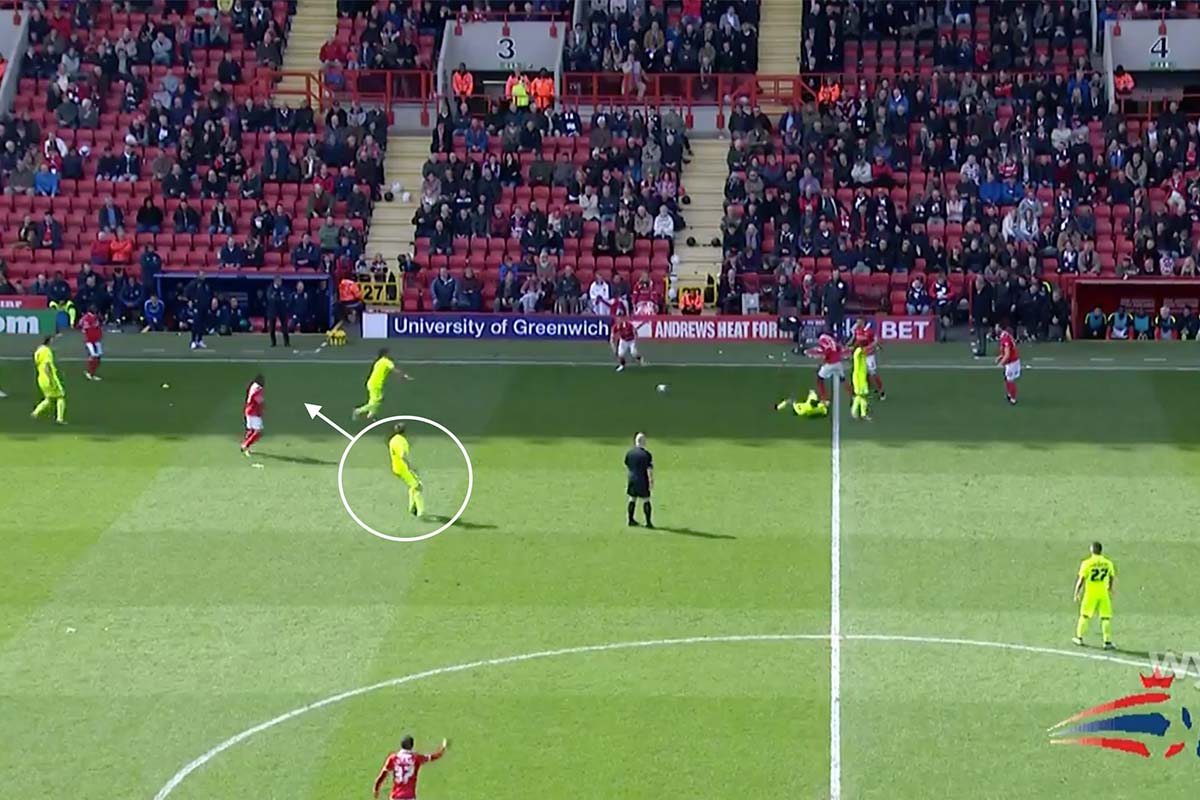 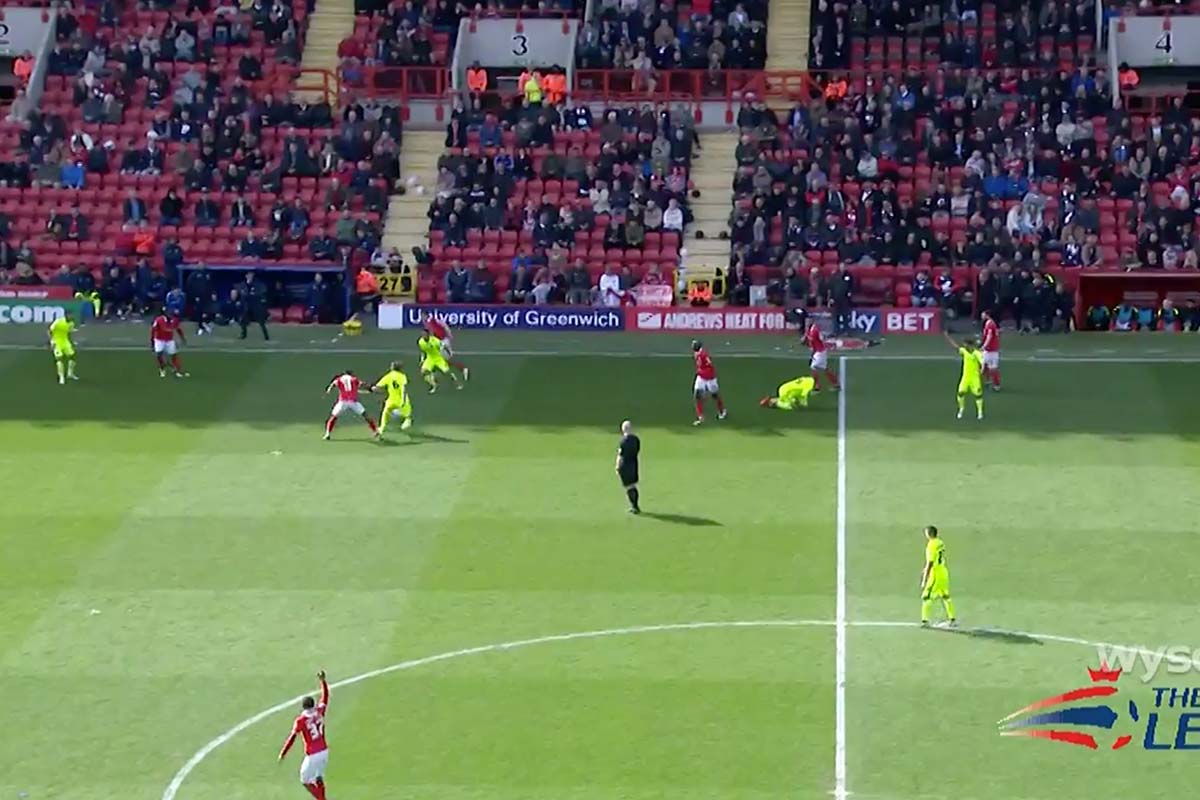 Again, Stephens’ showcases how defensively switched on he is in the above two pictures. As soon as Brighton lose the ball he’s looking to cut off potential passing options to stunt their attack. You can see in the first picture he’s scanned to see the man free and in the second picture he’s dispossessed that man and get’s Brighton on the attack. His spatial awareness is one of his strengths as is tackling. Two key traits for any Burnley midfielder.

For around the £5 million mark Stephens could be a shrewd signing for Burnley in January. He’s perhaps an upgrade on Dean Marney and would fit in with the Burnley midfield.