Championship strugglers Blackpool travel to the Riverside stadium to take on Middlesbrough, who are fresh from a recent win over strugglers Nottingham Forest.

Middlesbrough beat Nottingham Forest 2-0 and the result saw manager Chris Hughton lose his job. Blackpool collapsed in the second-half against Huddersfield Town and suffered a 3-0 loss at home.

Middlesbrough are looking to pick up back-to-back wins in the league for the first time since March. Blackpool do not travel well and their last away success at the Riverside Stadium was back in 2009. Fresh from the win over Nottingham Forest, Boro will be looking to make home advantage count in this game. So far, the team has picked up just one win at the Riverside stadium, but they have been playing reasonably well to get three points in this match.

Blackpool’s lapse of concentration has been a problem for the team so far this season. They have conceded five goals in the three away matches, while Middlesbrough have an identical record even at the Riverside Stadium. The clean sheet against Nottingham Forest was quite rare for Boro and they are expected to slip back into the old ways.

Blackpool have scored in all of their past visits to the Riverside Stadium. This record could provide a headache for Boro considering that they have managed no clean sheets at home this season. In fact, the last home clean sheet for Middlesbrough was in March against Preston.

Top Betting Odds and Stats for Middlesbrough vs Blackpool

Middlesbrough will be relieved to have picked up the win over Nottingham Forest. The upcoming few matches are quite favourable for Boro in their attempts to climb up the table. In order to maximise this fixture list, Boro need to build from the recent win over Forest. Boro manager Neil Warnock does not have any injury problems in the squad.

Blackpool are having quite a problem with defending with the team conceding an alarming number of goals over the last few games. The clean sheet against Fulham is the only successful Blackpool’s defence over the last month. During the last five games, Blackpool have allowed the opposition to score an astonishing 10 goals. Neil Critchley has a fully fit squad available for this match.

Questions about Middlesbrough vs Blackpool 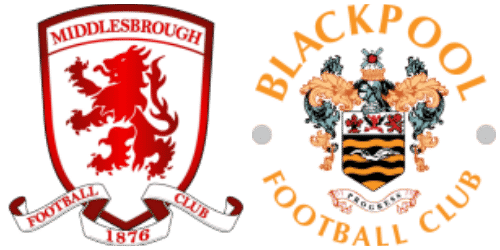 Where is the match scheduled? Riverside Stadium

Which team is the favourite to win? Middlesbrough