It would be fair to say neither of these teams have started the season like they would have planned. Can either party grab three big points here? Find out with our Middlesbrough vs Blackburn match preview with free tips, predictions and odds mentioned along the way.

Middlesbrough have been bang average so far this season with consistency a real problem. Thankfully, they can say the exact same thing about their visitors, Blackburn. Boro's solitary win this season came at the Riverside whilst they performed well when they hosted QPR there in their previous home game. With Blackburn having registered just two wins in their last 10 road games and Middlesbrough starting to get their team jigsaw in place we think they'll edge it.

The teams involved in this match might have served up inconsistent results so far this season but they have been very steady in dishing up entertainment; it's why we're backing this match to go over 2.5 goals. Middlesbrough have gone over 2.5 goals in each of their last five home games with a total of 18 goals being scored across the five matches. Blackburn meanwhile have seen a minimum of three goals in four of the five games they've played this season.

Brereton Diaz to deliver even if his team loses

We don't fancy Blackburn to beat Middlesbrough but we do expect them to register on the scoresheet at some point throughout the game with their hosts hardly water tight at the back; they've conceded eight goals in their last five matches. Ben Brereton Diaz is the man we fancy to notch for Blackburn; he's impressed with his all round play this season and has three league goals from his four appearances so far this season.

Betting odds for Middlesbrough vs Blackburn

Blackburn to lost battle with Boro

Blackburn travelling to Middlesbrough isn't exactly a humdinger of a match but try telling that to Rovers coach Tony Mowbray. Mowbray has an enormous closeness with Boro but will be plotting their downfall right now and his team could do with the points after an average start to the season. Our goal scorer tip, Brereton Diaz, could hold the key to success. Middlesbrough won't just roll over for Blackburn though and they'll have been buoyed by the clean sheet they banked at Derby last weekend; it's an area where they've struggled of late but Paddy McNair and Dael Fry should be more than competent at this level of football. Further forward, Duncan Watmore is nearing a return and may feature in the squad.

The final word on Middlesbrough vs Blackburn 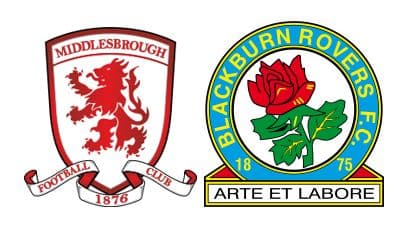