Middlesbrough have started to really find the gears now and, boy, are they motoring with Neil Warnock's men in the playoff spots. Can they keep that form up as Birmingham visit? Find out with our Middlesbrough vs Birmingham match preview with free tips, predictions and odds mentioned along the way.

Middlesbrough vs Birmingham: Our Tips

Our first prediction backs Middlesbrough to keep up their recent form by beating Birmingham. Boro have won their last three matches and have taken 12 points from the last 15 available. By stark contrast Birmingham have won just one of their last five and, in total, have taken four points from the previous 15. It's not just the fact Boro have won games that is important though; it's the manner of the wins and the confidence that will be pumping through the squad.

Middlesbrough might be in a good run of form but it's not Neil Warnock's style to engage in end to end ties. Their last five games have all be under 2.5 goals. Birmingham's form isn't quite as convincing as 100% of their recent games being under the threshold in question but 60% isn't bad; that's three out of five matches having been under 2.5 goals. Two of the three head to head matches since 2020 have been south of 2.5 goals as well. It all points to a low scoring affair.

Our final prediction for this match is that both teams will not score. Middlesbrough have seen one team blank in each of their last five matches with four of Birmingham's last five games also seeing a ‘nil' in the final score line. Boro have shown a good rear guard of late whilst Birmingham's best chance of getting something from the match will be through boring their hosts into submission; it won't make for a classic but as bets go, BTTS No, looks decent value.

Find the best odds for Middlesbrough vs Birmingham

It wasn't too long ago that Neil Warnock was under a little bit of pressure. That is not the case now. In fact, his Middlesbrough side are in such good form that the playoffs are a very realistic target with his team currently occupying sixth spot in the table; that's in spite of a sickeningly long injury list. Birmingham meanwhile have a couple of players missing in Marcel Oakley and Max Colin but could benefit from the return of Jeremie Bela for this match. Already though, this season looks like one that will be a tale of midtable mediocrity for the Blues.

FAQ on Middlesbrough vs Birmingham 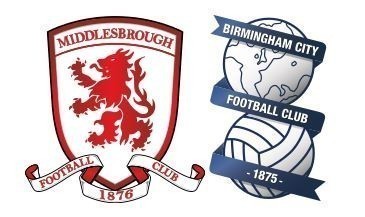