Middlesbrough vs Barnsley: Our Tips

Boro to grab back to back wins

It would be an understatement to say that Middlesbrough have struggled to find consistency so far this season. The last couple of performances have been encouraging though and after beating Peterborough on Saturday the visit of Barnsley gives them a brilliant opportunity to record their first back to back wins of the season. We think they'll do it too. Why? Well, they've already won two on the bounce at home, which has lightened the mood of the camp and then you factor in the opposition. Quite frankly, Barnsley are awful. They've not won in 10 games now and have lost their last two on the road.

Next up is a prediction focussing on the total goals market and we're backing it to be a low scoring match at under 2.5 goals. Middlesbrough's last four matches have all been under 2.5 goals. Barnsley meanwhile have only gone over 2.5 goals in one of their last five. The final thought on this betting tip is the head to head record; the last five meetings between the teams have served up just one match where three or more goals have been seen.

Our final prediction for this match is that Barnsley will not score, which specifically comes from the total team goals over/under market i.e. Barnsley under 0.5 goals. We've already touched on the poor run of form Barnsley are on and it's underpinned by a lack of goals; they've only managed to score two goals in their last seven matches. That's feeble and they face a Middlesbrough side that have recorded back to back home clean sheets. It doesn't make great reading for them.

Find the best odds for Middlesbrough vs Barnsley

There have been times this season where you've looked at Middlesbrough and questioned whether they were in fact managed by Neil Warnock; they've not played like one of his teams at various times. You can't say that about their last couple of home games though. Not only have they won back to back games at the Riverside but they've done so without conceding. It's nothing to write home about yet but make it three and Boro fans might start to look up particularly with a lengthy injury list that, in theory, should ease with each passing week.

If only Barnsley could say they same. They have a few injuries but nothing compared to the list Warnock can moan about. They could be getting a couple (Aapo Halme and Obbi Oulare) back for this match too. Their fans will be praying it can help them get a result.

FAQ on Middlesbrough vs Barnsley 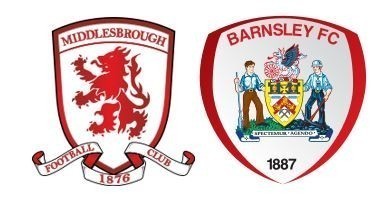