It was the moment that broke Welsh hearts in Lyon. Cristiano Ronaldo rose high above James Chester and powered his header past Wayne Hennessey. There was no way back for Chris Coleman's team and in that flash of brilliance, the Real Madrid superstar had not only started proceedings that would fire Portugal into the showpiece final, but it added his name to the European Championship record books.

His goals against Hungary made him the first player to score at four different European Championships, but that header, his ninth, put him level with Michel Platini as the tournament's all-time top goal-scorer.

Injury against France in the final stopped him from becoming the sole leader, but that was forgotten when he got the chance to lift the trophy as champions, just like Platini in 1984.

However, when we look at the record books in another 32 years, there should be a citation next to Ronaldo's name on the list. Or at least Platini's name should remain on top and Michel Platini is featured as one of Football Whispers Top 10 Number 10s – you can view the full list here. 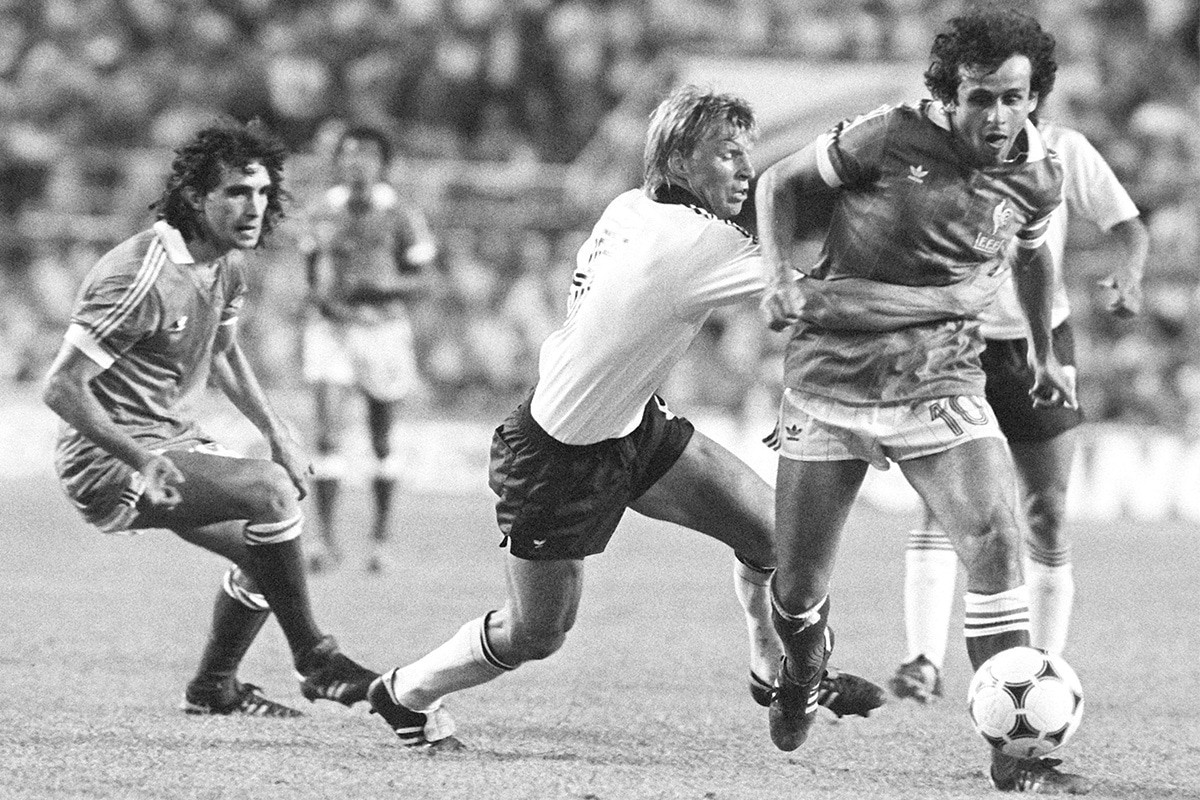 The semi-final against Wales was the winger's 20th appearance at the Euros, while Platini's nine goals all came over the space of five games, at the same tournament.

Ronaldo may have equalled the record, but it should never be compared in the same breath as the French legend. Something that will possibly never be achieved again. It would take 16 years to recount Ronaldo's nine goals, but it took Platini just 15 days.

“In that tournament, Platini was unbelievable,” exclaimed BBC commentator John Motson, when asked about the 1984 European Championships. “I'd put him on the same level as Diego Maradona at the 1986 World Cup and Johan Cruyff in 1976.”

“He was playing teams on his own. He was out of this world, a superstar. No team was able to contain him.”

His first came against Denmark and it had an element of luck. The ball fell to him on the edge of the box and the No.10 slotted home to secure a 1-0 win on the opening day of the tournament.

Then a sweet left-foot drive found the bottom corner against Belgium. That would be the first in what could be considered a perfect hat-trick at the Stade de la Beaujoire in Nantes. The second was tucked away from the spot with his right-foot and the treble complete as his bullet header powered past Jean-Marie Pfaff.

Against Yugoslavia, Jean-Marc Ferreri's ball to the back post picked out the Juventus-man and he slipped it under Zoran Simovic to equalise after Milos Sestic had shocked the Stade Geoffroy-Guichard crowd. Platini would follow that up with a delightful chipped free-kick over the Yugoslavian wall to make the score 2-1 to the hosts with 28 minutes to go. Platini would have to play the hero again on the 77th minute, with the scores level, he converted a stooping diving header to seal the 3-2 victory.

In the semi-final against Portugal, it was a superb mazy run from Jean Tigana, deep into the second half of Extra-Time that set up Platini, the 28-year-old firing the ball high into the net, sealing their place in the final with another 3-2 victory.

Against Spain in the final, he has to give a huge thanks to goalkeeper Luis Arconada for the assist. His low, powerful free-kick was originally saved by the Real Sociedad shot-stopper, but somehow the ball squirmed over the line. 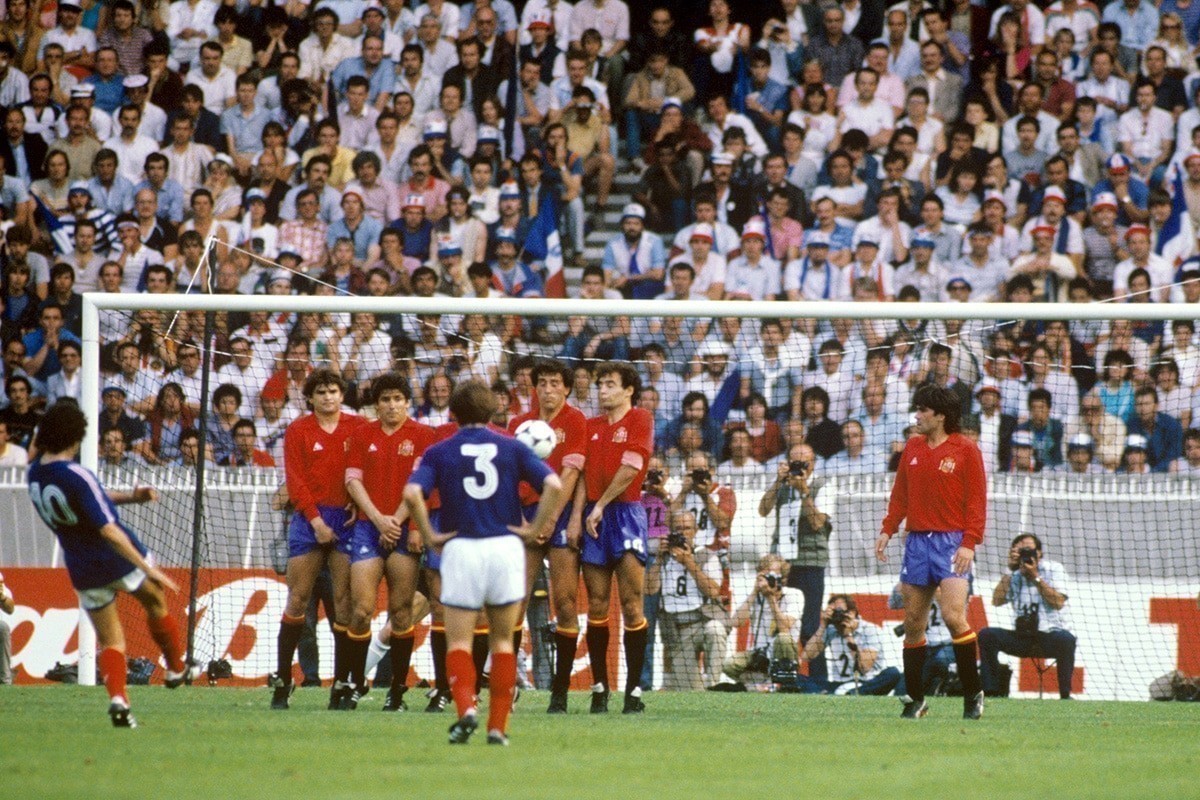 We were genuinely better than the others, but we encountered difficulties,” Platini recalled when asked about France’s success in 1984. “Against Portugal [in the semi-finals] we should have been leading 2-0 or 3-0, but they made it 1-1 and then 2-1. We got into the last seven minutes of extra time and we had tremendous will to win; especially as Jean Tigana told us he had never won a penalty shoot-out! We knew we had to avoid going to penalties!”

“Tigana was the one who crossed the ball from the right at the end of the match,” he continued. “I was the one in the centre who hit the ball into the net.

Platini as captain would lift the Henri Delaunay trophy after the 2-0 win, his name forever etched in the record books with one of the greatest tournament performances ever.

“I don't think I was at the summit of my career at that point because if you want to stay at the top, you have to last a long time,” admitted the former Saint-Etienne and Juventus-man, “But it was the only final tournament where I wasn't injured. In 1982 I was injured – I had a groin problem – and in 1986 I was injured – with a nerve problem. In 1984 I wasn't injured and I was able to perform to my peak.”

Ronaldo's Euro 2016 campaign was far from as impressive. With Portugal and their talisman doing just enough each game to avoid defeat. Platini scored two consecutive hat-tricks and was there when his country needed his most. 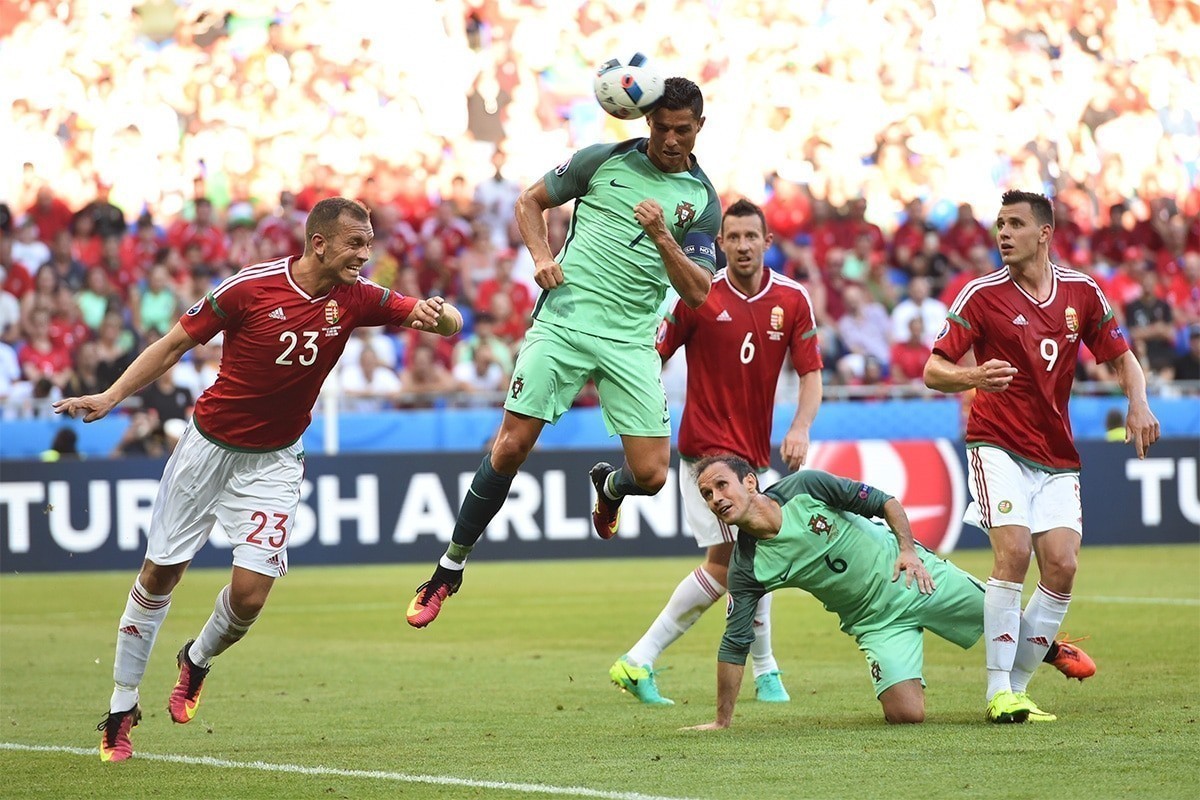 It would be interesting to hear what Platoche thought of Ronaldo equalling his record, this is the man who was embroiled in a war of words when he declared that he didn't think Ronaldo should win the 2014 Ballon d'Or, the Portuguese forward never commented, but his club did and although they allegedly shock hands before the below video, it did look like he snubbed the Frenchman.

Ronaldo will be regarded as the better player when careers are compared and debated, but when it comes to the greatest performance at the European Championship and the all-time leading goal-scorer at the competition, Platini at Euro84 will remain head and shoulders above anything Ronaldo has ever achieved at an international tournament.