Michael Owen is homeless. Despite a glittering playing career no fanbase wants to claim him as their own.

It’s bizarre given how quickly supporters often are to adopt players into their club’s folklore. But one of England’s greatest ever goalscorers is seemingly the black sheep of the Premier League era, despite turning out for three of the biggest clubs in the country.

This scenario would have been difficult to envisage in 1998.

Owen emerged towards the end of the 1996/97 campaign and was part of the Liverpool first-team the following year. He played alongside Robbie Fowler and then replaced him as the man leading the line at Anfield when ‘God’ suffered a serious knee injury in February of 1998.

His 18 Premier League goals earned him a call-up to the England squad for the World Cup in France. Tipped to be Glenn Hoddle’s wildcard, he came off the bench in the opening two group games and scored against Romania. His impact saw him start the third, a 2-0 victory over Colombia, as England progressed into the knockout rounds.

Then arrived the game Owen used to announce himself to the world. Argentina had kept eight clean sheets heading into the match against the Three Lions but within 16 minutes goalkeeper Carlos Roa had picked the ball out of his net on two occasions.

With England trailing to an early Gabriel Batistuta goal, Owen latched onto a Paul Scholes pass and tempted Roberto Ayala into making contact with him in the penalty area. Alan Shearer dispatched the spot-kick and Hoddle’s men had parity.

With 15 minutes on the clock, Argentina looked to build an attack only to be thwarted by Paul Ince. He poked the ball to David Beckham who looked up and floated a pass into Owen.

There was nothing on. The 18-year-old was just inside the Argentina half and José Chamot closed the space down quickly.

But Owen’s touch was perfect. He brought the ball down with his ankle and started to run. He eased past Chamot and raced towards the Argentina area. He skipped past a static Ayala and fired a shot it into the top corner of Roa’s goal. Like that, a global star was born.

Owen won the BBC's Sports Personality of the Year award at the end of 1998 and continued to terrorise Premier League defences while wearing the red of Liverpool.

He finished his career with the Anfield club having scored 158 goals in 297 appearances. His performances, especially in finals against Arsenal and Alaves, during the historic treble-winning season saw him win the 2001 Ballon d’Or – the first English player to do so since Kevin Keegan in 1979.

But Liverpool’s lack of silverware began to play on Owen’s mind. He refused to extend his contract and with just 12 months remaining left for Real Madrid in the summer of 2004 with Los Blancos adding him to their ever-growing list of Galácticos. His contract situation meant the Reds pocketed just £8million.

After just a year in the Spanish capital, however, Owen was on the move. He’s spoken openly about wanting a return to Liverpool but the Reds had other ideas and it was Newcastle United who brought the England international back to England.

Injuries hindered him and the Magpies suffered. But the inclination was Owen’s heart wasn’t in it. He spent four years at St James’ Park but managed to make just 79 appearances. He still finished with a healthy return of 30 goals but it didn’t click for the forward in the North East.

His next move shocked everyone. Available on a free transfer, reports suggested he’d be heading to Everton but he ended up at Manchester United, taking up the famous No.7 jersey. 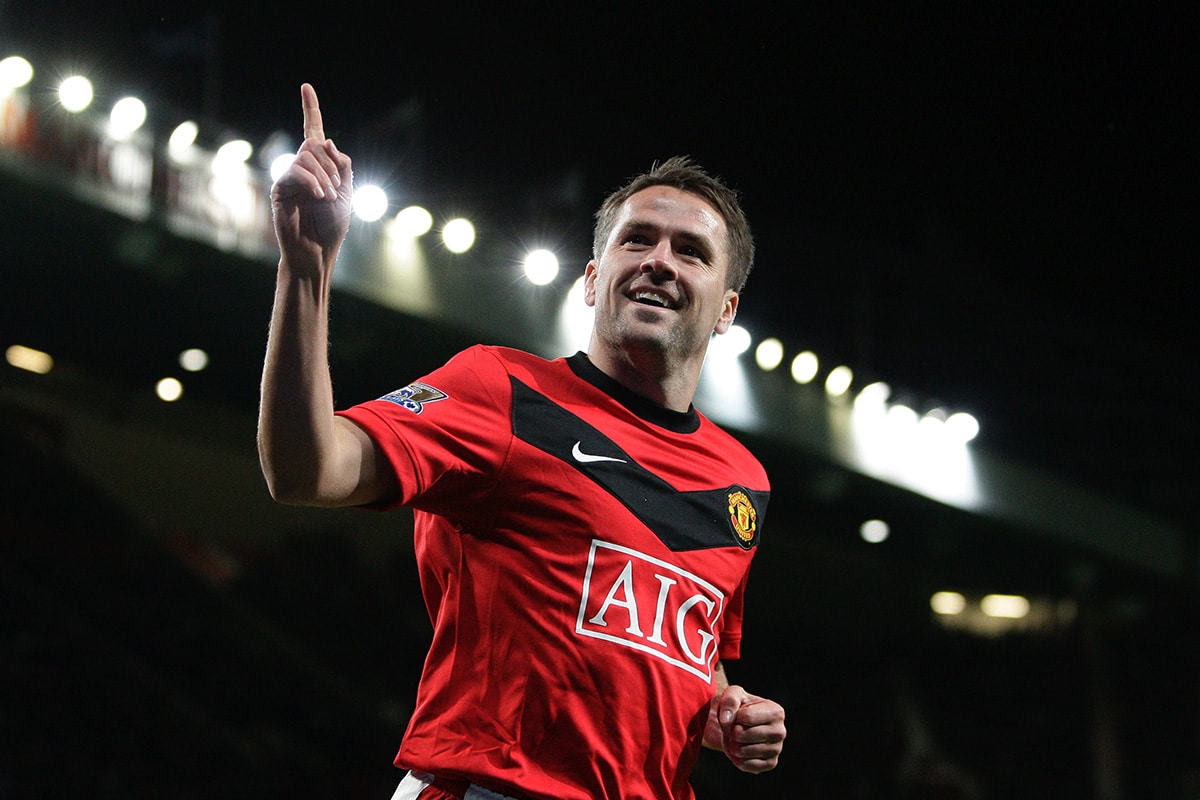 Liverpool fans turned against Owen. And United supporters never really took to him despite his famous last-minute winner in the derby.

The United-Liverpool rivalry is one no player can really bridge and Owen found that out first hand. His three-year stint with the Red Devils saw him lift the Premier League but that success came at the expense of his status at Anfield.

His career came to an end in 2013 after an injury-hit season with Stoke City. His time in the England side had ended five years earlier.

Owen's career fizzled out. Fans of the Three Lions remember him fondly but as far as club allegiances go, Owen remains unclaimed.

He’s an ambassador for Liverpool but has never been welcomed like a true club legend at Anfield. His new book is full of big reveals, too. One of which is Owen claiming Liverpool wanted rid of Steven Gerrard ahead of the 2013 season. It is unlikely to go down well on Merseyside.

Owen should have been a legend of the English game. One adored by fans across the country and cherished by Liverpool's support. Instead, he is unloved and unwanted by countless supporters.