Borussia Dortmund registered their fourth successive win in all competitions against Union Berlin last weekend. They now turn their attention towards a familiar foe in Borussia Monchengladbach.

Here are our predictions for M'gladbach vs Dortmund.

Adi Hutter start to reign at Borussia Park has not gone according to the plan. The Colts have been in poor form with just one win in five Bundesliga outings. On the other hand, Marco Rose has found going easy with Borussia Dortmund. Der BVB are on a four-match winning run and should be stretching this streak on Saturday at Gladbach's expense.

Despite losing Jadon Sancho from their attacking ranks in the summer transfer window, Borussia Dortmund continues to impress in the opposition's third. Each of their competitive outings has seen at least three goals during the 90 minutes of regulation play. It is in the second half where they overwhelm their rivals and put turn their fixture in their favour. Barring their 2-1 win over Besiktas, a minimum of two goals have been scored in their last seven fixtures.

Borussia Dortmund has scored 17 goals in the current campaign. While Marco Rose will be pleased with his side's attacking numbers, he cannot overlook the defensive troubles that have seen them concede 11 goals. It should be enough to give Adi Hutter's men an inlet into their final third and get on the scoreboard. Lars Stindl has yet to get going in the current campaign but we expect him to make an impact in this meeting.

M'gladbach vs Dortmund: Check out the best odds and the latest stats

Match Preview of M'gladbach vs Dortmund

Augsburg became the latest side to make the start of the season worse for Borussia Monchengladbach. The Colts have registered a single win from their five Bundesliga fixtures and are struggling in 16th place on the points table. The complexity of issues has compounded the situation, especially their defence which continues to regress since the tail end of the 2020/21 campaign.

Marco Rose failed to address Borussia Monchengladbach's defensive issues and it seems he has a similar agenda to ignore them with Borussia Dortmund. Der BVB has conceded an alarming 11 goals and only have laid claim to their lofty position on the points table thanks to their goal-scoring prowess. Eden Terzic set the groundwork for success and Marco Rose has fine-tuned it. However, Dortmund's season will hinge on their defence and that has yet to be addressed in this campaign.

Questions About M'gladbach vs Dortmund 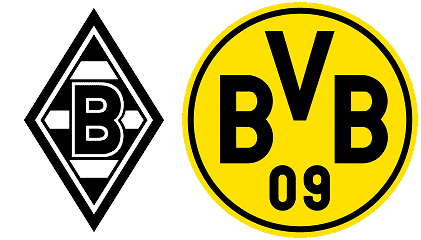 Where is the game being played? Borussia Park.

Who are the players to watch? Lars Stindl (Borussia M'gladbach) and Erling Haaland (Borussia Dortmund).