This preview focuses on the Olympic meeting between Mexico’s under 23 team and France’s under 23 setup. This game will be part of Group A and it will be held at the Ajinomoto Stadium.

Mexico U23 vs France U23 – Best Betting Tips

Mexico prepared for the Olympics with a string of friendly matches against Romania, Saudi Arabia, and Australia. The latest of those games was a 3-2 win over Australia in the middle of June. France have been hit by a string of problems in preparation ahead of the tournament with several clubs refusing to release many of the players.

Mexico have been frequently playing together and there are not too many changes to the initial squad announced by the coach. France, meanwhile, are hit by several absences. Despite being a bigger name on paper, France might end up struggling in this game. Mexico might just be able to pull a shock in this match.

There has been plenty of football action for the Mexican national team. However, they have been unable to put these matches to good use with regards to building their defensive strength, as they have been conceding goals at a regular place in recent matches. There has been just one sheet for Mexico in the last four matches. Even though France are likely to come in with a new squad, they could get a goal or two.

The weak defensive performances of El Tri will provide plenty of opportunities for Les Bleus. Since both teams are expected to score, there should be enough entertainment for spectators. Even the latest friendly match involving Mexico produced a five-goal thriller.

Top Analysis and Stats for Mexico U23 vs France U23

Mexico U23 vs France U23: Team Analysis and Match Preview

The settled squad of Mexico makes them a dark horse for this group. Even though the team comes into the fixture as the underdog, there is no doubting about the squad being in a more comfortable situation after having regularly played with each other over the last few months. Mexico have already played eight games this year. Jose Juan Macias is the only player who pulled out due to an injury.

France had to undergo major changes to the squad, as many of the players named by coach Sylvain Ripoli were not released by the respective clubs. Following the European Championship involvement, France have decided not to take many of the big players to this competition. This severely hampers the squad strength and experience, but the key names would be the likes of Florian Thauvin and Andre Pierre-Gignac.

FAQs about Mexico U23 vs France U23 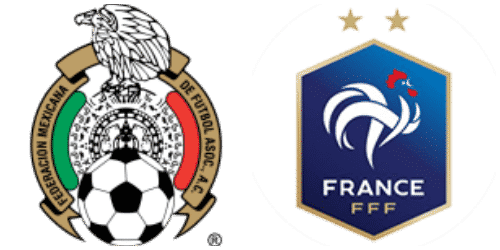 Where is the match scheduled? Ajinomoto Stadium

Which team is the favourite to win? France