In one of the most interesting twists of the football season, Lionel Messi, yes, Lionel Messi, has put in a transfer request at Barcelona. There have been plenty of rumors over the last few weeks that he’s been unhappy with the way that things have been run at the club, but now the rumors have been made official. As of August 26th, 2020, it would seem that Lionel Messi is destined to leave the club that he has been absolutely pivotal for over the years – or is he?

That’s precisely what we wanted to look at in this quick post. Sure, it would be easy to read the headlines and just assume that Messi is now on his way out, but when you look beneath the surface, there are so many options open to the Argentinian superstar, that they just have to be addressed. So, just what are these options, and what might happen?

Before we continue, we should stress that this is a sports bettor’s dream too! There will now be an influx of Messi transfer odds on almost every popular sportsbook in the country, and it will be a great time to try your luck in the markets.

The most likely candidates

It’s fair to say that Messi could pretty much have his pick of the bunch when it comes to what club he’d like to move to. But as we all know, football is also about the financial side of things, so we cannot merely look at talent alone when trying to make our transfer betting predictions. Whichever club targets Messi has to have the finances, the prestige, and above all, the environment where he will be happy and be prosperous. There are a fair few clubs that fit the bill here, so let’s look at them.

Once the betting markets are actually revealed for what club Messi might go to, PSG will certainly be well up there. There are two reasons that we say this. First of all, they have the financial resources to pay his huge wage, which is obviously going to be important for Messi as a player. But beyond that, we cannot ignore the fact that PSG fell just short of Champions League victory this year, meaning that they have missed out on the most prestigious European crown yet again.

The club has already grabbed players like Neymar and Mbappe, but still, it doesn’t seem to be enough, so maybe Messi could swoop in and change all of that? 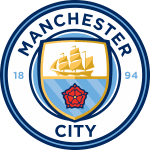 Manchester City is actually in a very similar situation to PSG when you assess their European and domestic performances this season. With the amount of money this club has invested in recent years, the fans and the owners alike are expecting trophies, and Manchester City has missed out on two big ones this season – the Premier League and the Champions League.

We don’t think that Guardiola is going anywhere, despite failing to win either of these titles in 2020, so we are sure that he will be having a word in the ear of the Manchester City owners to try and initiate a move for Messi. After all, they need to do something to overcome the mighty Liverpool in the Premier League, and they will be super hungry for European glory.

Finally, we believe that Manchester United might be eyeing up a Messi move over the coming weeks. Firstly, we cannot ignore the fact that United has a huge budget thanks to their owners, and when you consider the fact that United hasn’t won any major trophies in recent years, maybe they think it’s time to reignite the Manchester United fire? What better way to do this than to sign an absolute superstar such as Messi too?

United will undoubtedly be lower down when you look at the odds to grab Messi, but then again, higher odds mean a potentially higher return!

While we have identified three clubs that are likely to make a move on Messi, there are also some other clubs in contention to sign the striker too. These clubs cannot be ignored, and the odds for these clubs to grab Messi will be absolutely huge.

Let’s be honest – isn’t there a little part of every football fan that would kind of love to see Ronaldo and Messi play together? These guys have been rivals for as long as we can remember, but could they maybe put this rivalry aside and prove to be an unstoppable force for Juventus? Obviously Juventus would need to pull off some financial wizardry to make this dream a reality, but it isn’t impossible.

A lot of people are already writing a Real Madrid off, but when you think about it, it wouldn’t be the most illogical move by any stretch of the imagination. Real Madrid has failed to lift the Champions League since Ronaldo’s departure, and while they have managed to win La Liga this season, they are still missing that superstar figure. Maybe Messi could bring this magic back?

The final dark horse that we feel could target Messi is Chelsea. Now, Chelsea is a club that is shrouded in history, and it has had huge success in the past. However, much like clubs such as Manchester United and Arsenal, Chelsea has somewhat dwindled in recent years. They will no doubt be desperate for another Premier League crown, and Messi might just be that man who will turn everything around at Stamford Bridge.

Any of these predictions could well become a reality over the coming weeks and months. While some prospects might be more likely than others, there is one constant, the best betting sites will be absolutely exploding in value and interest. This is one of the hottest bits of transfer news that we have seen in recent years, so you may as well seize the opportunity with both hands and make a little wager of your own.