Carlo Ancelotti must be reasonably happy with life at Napoli.

It was a daunting task. Although Sarri was unable to dethrone Juventus as Italian champions, he revolutionised the Partenopei‘s playing style, attracting continent-wide admiration for his introduction of ‘Sarri-ball'.

While clearly an astute leader, Ancelotti was coming off a chastening end to his time at Bayern.

While clearly an excellent manager, he was replacing a man who had transformed Napoli, a man who, at times, threatened to shatter Juve's monopoly of Italian football. A man loved by Neapolitans.

Thankfully for the club, Ancelotti's initiation has been smooth. While matching Napoli's haul of 91 points in Serie A last season is a big ask, the 59-year-old has overseen an impressive start to the campaign. 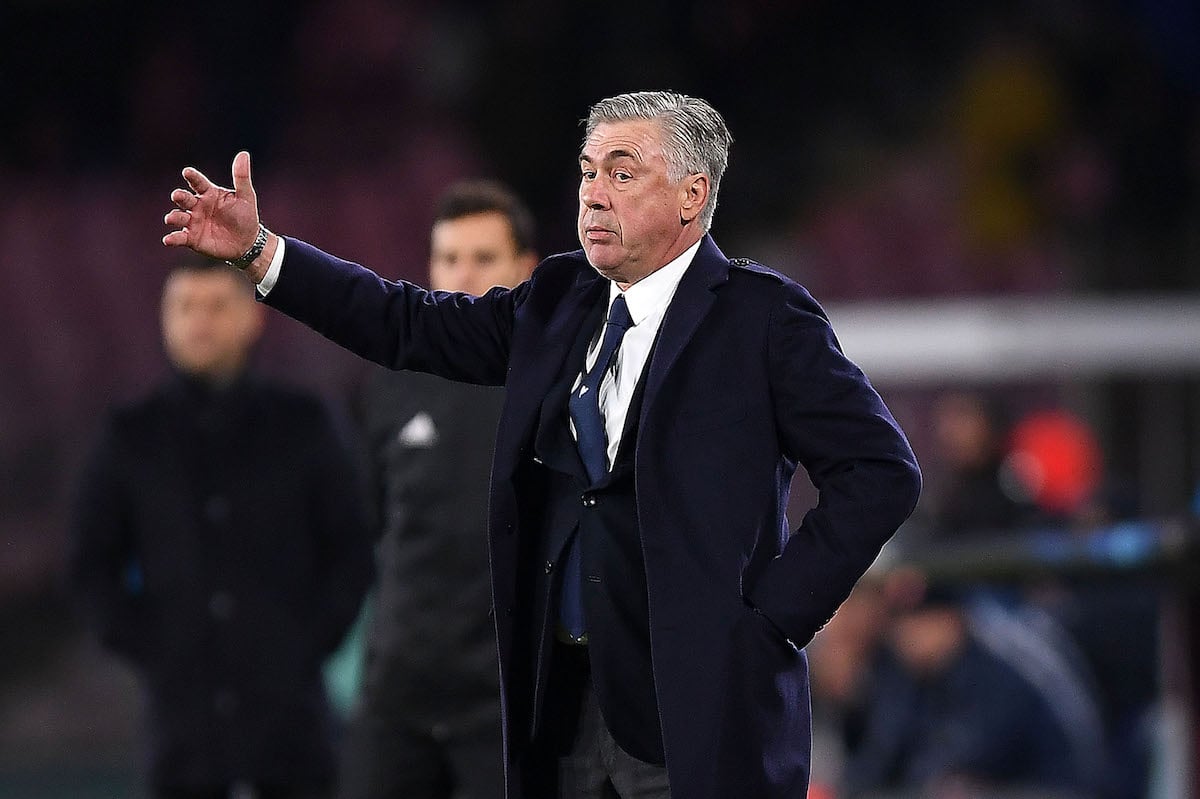 At the time of writing, they are second and, while Juve are setting a blistering pace at the summit with 37 from a possible 39 points, the feeling is that Ancelotti has already emerged from Sarri's shadow.

He can be happy, too, that many of Sarri's most trusted on-field lieutenants are continuing to deliver. Kalidou Koulibaly continues to impress at the back, so much so that he is consistently mentioned among Manchester United transfer rumours, while Lorenzo Insgine has been in fine goalscoring form with ten in all competitions.

And, while he has not enjoyed his finest season, a goal and an assist in Wednesday's Champions League win over Red Star Belgrade suggest Marek Hamšik may yet recapture the form that helped him overtake Diego Maradona as the club's all-time leading goalscorer.

Not far behind the mohawked Slovakian, though, is Dries Mertens, who scored twice in the 3-1 defeat of Red Star to reach 100 goals for the club.

Like Hamšik, the diminutive Belgian has been one of the outstanding performers at the Stadio San Paolo in recent years. He was Rafael Benítez's first signing, arriving from PSV Eindhoven in the summer of 2013. Mertens was a hit during his maiden season in Italy, capping it off with a stoppage-time goal in the 3-1 win over Fiorentina which delivered the Coppa Italia.

Mertens continued to be a steady performer over the next two seasons but recognition beyond Italy didn't arrive until Sarri fashioned him into a centre-forward. At the start of the 2016/17 season, Sarri, needing to act following Arkadiusz Milik's serious injury, shifted Mertens into a central role.

His return was nothing short of breathtaking, scoring 28 times in Serie A to turbocharge an attack-happy Napoli outfit that plundered 94 goals that season.

Mertens finished one shy of Edin Džeko in the Capocannoniere race but it's worth noting that he played 487 minutes fewer than the Bosnian. Considering his rate of a goal every 91.6 minutes, it would be difficult to argue with the assertion that Napoli's Belgian wonder, and not Džeko, was Serie A's most devastating marksman.

While not quite as prolific last season, Mertens still scored 22 goals in all competitions and has continued popping up with decisive, result-shaping interventions on a regular basis under Ancelotti.

With ten goals in all competitions, he once again leads the club's scoring charts. That his strikes this term have come against the likes of Paris Saint-Germain, Juventus, Roma and AC Milan suggests the 31-year-old still has his clinical edge in the biggest games.

It's strange to think that he wouldn't be the first name on the teamsheet but, for much of this season, he hasn't. With Ancelotti reshaping Sarri's beloved 4-3-3 into a 4-4-2, Mertens has often found himself on the bench with Insigne and Milik preferred as a front two. Even when Ancelotti went with a 4-3-3 for the visit of Milan, Mertens had to settle for a place on the bench behind José Callejón.

However, having come off the bench to score the winner in a comeback 3-2 win over the Rossoneri, it became increasingly difficult for Ancelotti to leave him out of the starting XI. A hat-trick in the 5-1 thumping of Empoli, just a week after rescuing a point with a 90th-minute equaliser against Roma, virtually sealed his place in the attack once more.

Before his evolution into a centre-forward under Sarri, not many would have pipped Mertens to become just the sixth Napoli centurion. But the Belgian has firmly cemented his status in Italy as an accomplished game-changer, someone who underwent a stunning mid-career reinvention to become one of Europe's finest.

Sarri used to call him Napoli's ‘little animal'. When the Italians come to Anfield for a crucial Champions League clash with Liverpool on December 11, Virgil van Dijk and co will have a hard time taming him.