Memphis Depay has unfinished business in the Premier League.

The Dutchman has conquered the Eredivisie and Ligue 1, he’s even starring on an international stage, but his time in England could be best described as underwhelming.

Manchester United parted with £25million to secure his signing from PSV in 2015. At the time it was considered a coup with Liverpool and Arsenal also interested in the versatile forward.

Never shy about backing his own ability, Depay requested the famous No.7 jersey at Old Trafford. So not only did the Netherlands international have to manage the weight of expectation placed on him because of the fee, he had to live up to the stars who had worn the shirt before him: George Best, David Beckham and Cristiano Ronaldo to name just three.

Unfortunately for Depay, it proved too much. He made just over 50 appearances for the Red Devils and netted only seven times. In January 2017, United took a hit and sold the forward to Lyon for a fee believed to be in the region of £16million.

There is talk that the terms of the deal also included buy-back and sell-on clauses for the Premier League side, but nobody quite knows what these are.

And Depay been perpetually been linked with a return to the English top-flight ever since. He settled quickly in France, scoring 19 times in his first full season with Lyon, and this resulted in Everton rekindling their long-standing interest.

Since then, Chelsea and Liverpool have been named as potential destinations for the maverick forward while United are also believed to have weighed up the possibility of bringing him back to Old Trafford.

However, reports have recently emerged revealing those three aren’t the only clubs from the Premier League's traditional top six who are keen.

Spurs are supposedly looking at adding the 25-year-old to their squad and could make a move as early as January. The Mirror claims last season's beaten Champions League finalists are interested in the £50million-rated attacker.

The report goes on to reveal Spurs had scouts in attendance to watch the forward closely in matches against Benfica. And Ronald Koeman, now in charge of the Netherlands, added fuel to the fire when he suggested his star forward should be playing for a better team.

“He plays at Lyon and is even their captain sometimes,” Koeman said at Tuesday's press conference.

“The fact that he doesn't play for the biggest team in the world clearly doesn't have consequences for his place in the national team. But if he plays at a bigger club, that will also be better for us. Still, Lyon is also a big club that always plays in the Champions League. Again, the fact that he plays in Lyon doesn't mean that he won't be selected for the national team.

“You always hope that every player plays for the biggest clubs that actually compete for the big prizes. I think he's the kind of player that should play at a club like that. If that's in the Premier League or at any other big club, that would be great for him. But you have to ask him about his plans.” 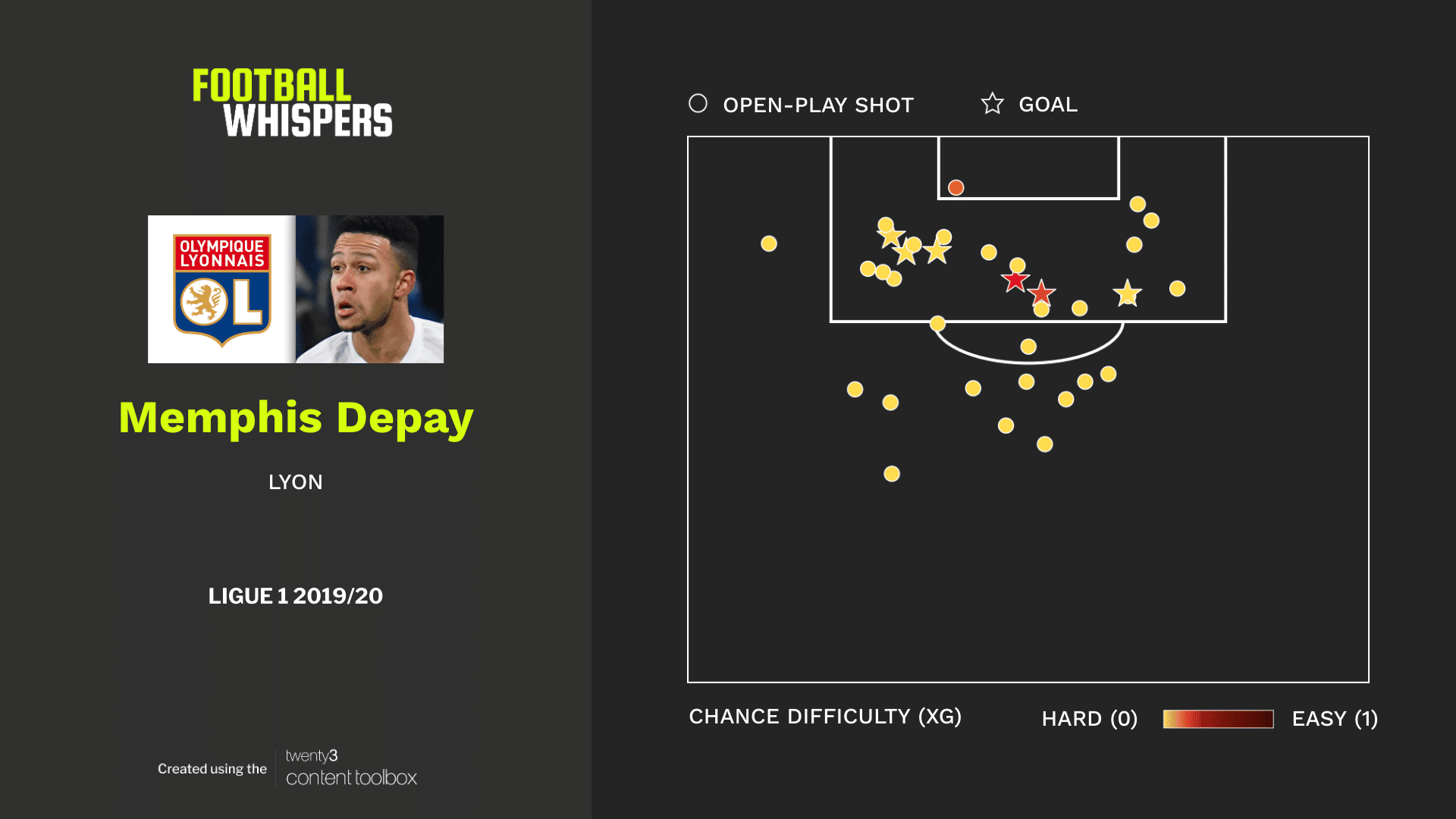 Depay has started the season in good form despite the turmoil at OL. Sylvinho replaced Bruno Génésio in the summer and went about tweaking the system. He used the Dutchman as a centre-forward at times, rotating him with Moussa Dembélé.

But after a disappointing start to the campaign, Sylvinho was sacked and Rudi Garcia was appointed. Under the Frenchman, Depay has been deployed as a supporting striker to Dembélé, operating as an attacking midfielder in a narrow 4-2-3-1.

Despite the change and uncertainty, Lyon's No.11 has seven goals to his name this term as well as four in the Champions League. We're only in November yet he's just one shy of his total from last season. 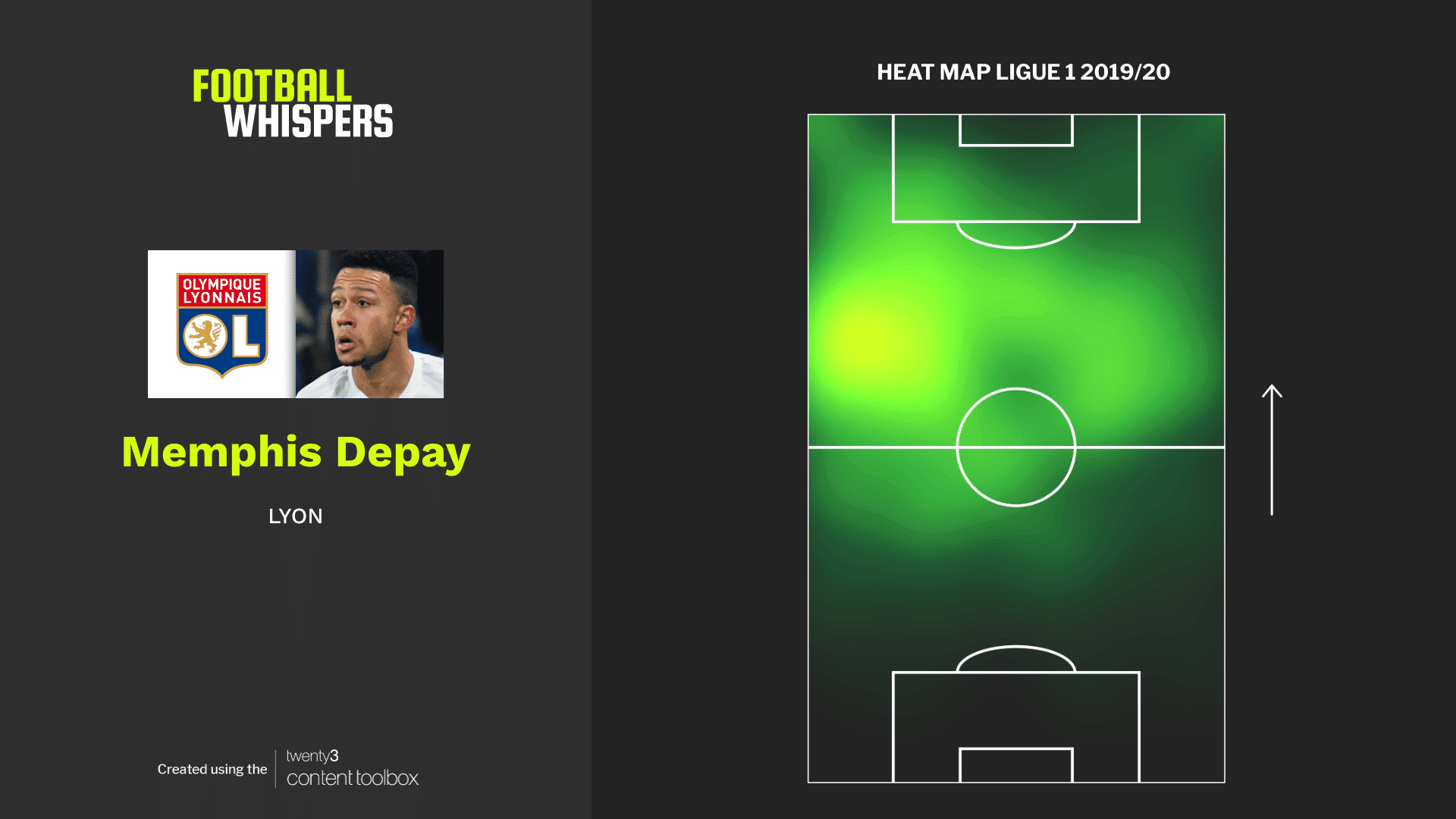 Spurs are blessed with versatile, goalscoring wide forwards. Heung-min Son is one of the best around and Lucas Moura is a regular threat. But, in a sense, Mauricio Pochettino is now too reliant on the pair. Using one centrally means they lose pace in a wide area and that makes them somewhat predictable.

With Harry Kane partial to an ankle injury, Spurs need back-up and squad depth to allow them to deploy certain players in certain positions without other areas suffering. For example, if Son replaces Kane, Depay could fill in on the left of the attack. Alternatively, the Dutchman could lead the line with Moura on the right of the three if Pochettino prefers to keep Son on the left.

It gives Spurs options but without a drop-off in quality. Something required if they're to compete at the top of the table again.

It may seem like a substantial fee, and £50million is, but if it allows the team to not feel Kane's absence then it is money well spent. Furthermore, Depay wouldn't just be a replacement for the No.10; he can play multiple roles meaning his playing time doesn't rely on the England international's availability.