Meizhou Hakka and Rongcheng lock horns in the Super League on Monday, July 11th. Can Rongcheng follow their first win of the season with a second? Read our free predictions and find the latest odds for the fixture below in our detailed match preview.

Newly promoted Roncheng finally earned their first win of the season on Friday. Can they make it back-to-back victories against Meizhou Hakka? Read our top three predictions for this week’s fixture below.

Rongcheng finally secured their first victory of the campaign when they beat Tianjin JMT 2-1 on Friday and they have now gone seven matches without tasting defeat in the Super League overall. In the midst of that run, Rongcheng held Meizhou Hakka to a 0-0 draw and with their confidence brimming following Friday’s success, Chengdu could be worth backing to avoid losing again in the double chance market.

Margins were razor-thin when Meizhou Hakka and Rongcheng last met in June and the neither defence was breached in a tightly-contested 0-0 stalemate. The evidence presented last month suggests that Monday’s rematch could be similarly low on action and as such, bettors are advised to back under 2.5 goals to be notched again.

Top Betting Odds and Stats for Meizhou Hakka vs Rongcheng

Find our list of the best stats for Monday’s match below alongside a tool to help you choose the best odds.

Read all of latest team news and injury updates for Monday’s Super League skirmish between Meizhou Hakka and Rongcheng below.

Xu Lei and Egbuchulam missed Meizhou Hakka's narrow 0-0 draw with Beijing Guoan on Thursday and both players remain doubtful ahead of Monday’s fixture. Hakka have only been beaten once in nine matches this term, though they have been drawing too often for their liking.

Rongcheng look like they have a clean bill of health for Monday's game this week, though star forward Felipe was withdrawn just after the 30-minute mark of their win over Tianjin JMT on Friday. He could be replaced by Xiang Baixu against Meizhou Hakka. 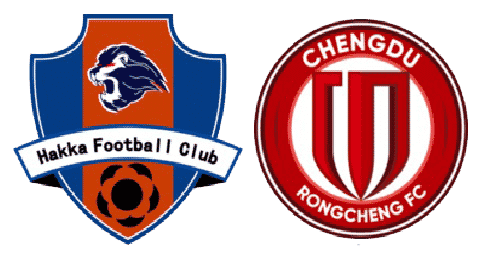 Meizhou Hakka have been priced as favourites to win by the bookies.