When a club reveals that a player has a €60 million release clause, you know he must have something about him. FC Porto’s Andre Silva may have missed out on a place in Portugal’s European Championships winning squad, but that set back has seen the youngster raise his game again, and Arsenal, Manchester United, Atletico Madrid and Juventus are all interested in meeting his price tag.

The 20-year-old has forced his way into the national team since the summer, his inclusion as Fernando Santos No.9 has allowed Cristiano Ronaldo to move back to the wing. Rather than peak in France, the champions look a much-rounded team with Silva included.

“Since I have been playing for the national team, there have never been so many high-quality young players available,” Ronaldo said before Euro 2016. The Real Madrid man is not wrong, with Renato Sanches, Joao Mario and the aforementioned Silva, Portugal looked stacked.

“I'm proud to be able to play alongside Ronaldo,” Silva admitted to the press. “He's the best player in the world. Just being next to him, in the same team as him, makes me happy and I hope to score lots of goals besides him.”

His goal record, going from Under-16s and upwards is spectacular, scoring 35 goals in 74 appearances. Playing against Andorra, Silva netted his first senior strike in the 6-0 wing, three days later, in the 6-0 win over the Faroe Islands, he would grab all the headlines, hitting a hat-trick.

The FC Porto forward, scored what team-mate Joao Mario labelled a “quintessential striker’s hat-trick”, scoring two with his right-foot and one with his head and it makes him the countries youngest ever hat-trick hero.

“I’m lost for words,” said the striker. “I wanted to score a goal, but I was not even thinking about a hat-trick. It’s the realisation of a dream. I’m very happy with the hat-trick, but I’m even happier that we’ve taken all three points home.”

None of the three goals will appear on any highlight reel, but it showed his credentials as a fox in the box type striker. What he has shown in his short career is his almost instinctive ability to be in the right place at the right time.

Even though he is just 20 years old, and his game will mature and improve when he continues to play and grow, that is an area you can’t teach. You either have it, or you don’t and it has been a long time since Portugal had a player in that mould. 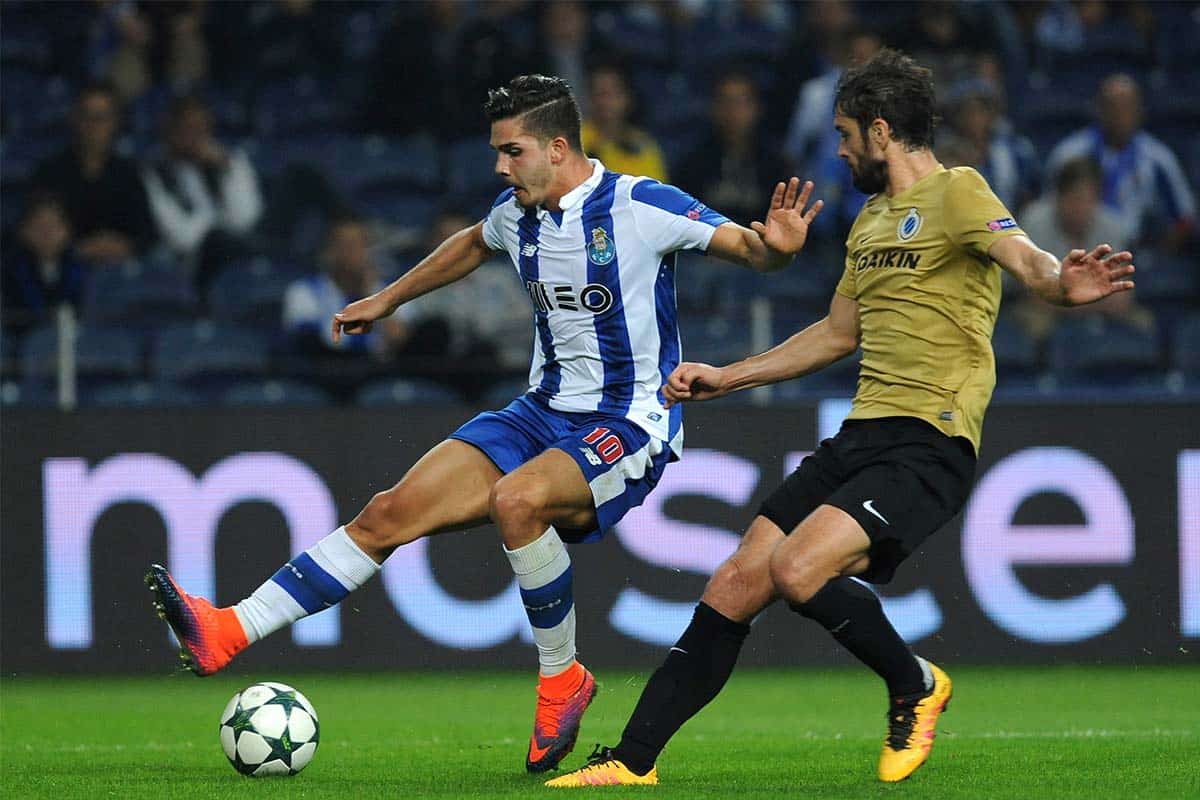 For Manchester United winger, Nani, was tasked with helping Portugal this summer, he did a superb job, but with a proper centre-forward, the sky is the limit. Nearly every No.9 that breaks into the international set-up gets tagged ‘the next Pauleta’ but for once, Silva may be the man to emulate the Paris Saint-Germain legend.

He’s not the same type of player as the former Bordeaux forward, but he has that same level of intelligence and that almost natural movement that gets him in the positions to score goals. Silva isn’t a powerful, strong runner, he beats the bigger centre-backs with smart movement.

What he does have is a quick burst of pace and knows when to slip behind defenders, or move to the near post. Silva’s development from a central midfielder, to winger, to a centre-forward has made him able to play all across the attack.

Playing down the wing, he is agile and has the technique to drift inside past full-backs and quick enough to glide past bigger centre-halves. He also has a good eye for a pass. At this stage, he doesn’t quite have the technique to deliver every time, but you can see the thought process and what he is trying to do and his six assists in 35 games.

“I went to see the game between Porto and Sporting, but Silva only played the last five minutes,” Santos explained when he picked his squad. At that point, the youngster had only made five appearances for his club side, but he remained on his radar.

“André Silva was on our watch list for a while. Now we'll monitor his development and analyse his performances. We already had Éder, a typical No9, but André is different – a No9 who moves in and around the area.”

Last season, he started as the club’s fourth-choice striker, but through injuries and his performances, he quickly established himself as a starter. Silva was rewarded in May with his first senior league goal for the club.

To anyone else, it may seem like a nothing moment, scoring the fourth at the end of a 4-0 win over Boavista, but it showcased a lot of what Porto fans would come to love. He made a smart run in behind the defence, skipped past the goalkeeper and finished with his left foot.

“I was trying to get this goal for a long time. I'm so happy and relishing this moment: scoring at the Estádio do Dragão is something I've always dreamed about,” the forward beamed. “I’ve progressed with the help of my team-mates and coach, but I'm very young and still have room for improvement.”

He gained hero status at the end of that campaign by scoring twice in the cup final against Sporting Braga. 2-0 down, his first was a typical opportune finish from close range, but the second was spectacular. Just entering the first minute of added time, Silva flashed a stunning overhead kick to level the game.

They may have eventually lost the game on penalties, but that doesn’t mask the impact the youngster made. Contracted until 2021, with a €60 million release clause and handed the No.10 jersey, it’s clear that the club thinks an awful lot about the potential of its young hero.

Silva has rewarded Porto’s faith, scoring seven times in 12 league games and opening his Champions League account with goals home and away against Club Brugge. After the club went through a phase of buying and selling on talented South Americans, Silva is a kid they bought for €500 and sooner, rather than later, he is going to cost someone a lot of money…but it looks like he will be worth every penny.