This is the biggest game of the weekend as far as Ghanaian fans are concerned. Who will win this battle between the top two? Find out with our Medeama vs Asante Kotoko match preview with free tips, predictions and odds mentioned along the way.

A massive three points for Medeama coming up

First of all, we would like to point out that Medeama have done fairly well against Asante Kotoko in recent encounters; as they won three of the last four meetings between these two. Also, Medeama have been one of the best home teams in the Premier League; they've lost just once in 15 home games, with 11 wins and three draws. Despite being the best team in the Premier League this season, Asante Kotoko have struggled in recent weeks; they've suffered three losses in their last five games, with just one win and one loss. All things considered, we believe that Medeama will take all the points here.

Goals will be scored at both ends

First versus second, both teams have not had too much trouble finding the back of the net this season. Medeama have been consistent when it comes to scoring goals; they scored in six of their last seven games, with nine goals scored in that stretch. On the other hand, Asante Kotoko have been one of the highest scoring teams in the league; they bagged 40 goals in 29 games so far, only one team has scored more goals. Conversely, both teams have allowed their fair share of goals recently; as Medeama have seen their defense breached in five of their last eight games, while Asante Kotoko allowed seven goals in their last five games. With this in mind, we should expect goals at both ends.

A top of the table clash that could decide everything

Games don't come much bigger than this. Asante Kotoko hold a six point lead over their hosts and have a game in hand. A win for them here would effectively give them a nine point cushion, which Medeama won't close. That said, a home win would make the gap just three points and pile on enormous pressure.

Medeama have been one of the best teams in Ghana this season; they are second on the table, with 14 wins in 30 league games. Medeama have no losses in their last five games, with three wins and two draws; they'll hope to extend that run to six games as they take on league leaders Asante Kotoko.

Asante Kotoko's form has gotten considerably worse over time; they won 15 of their first 24 games, but have managed one win in five games since then. Despite that poor run, Asante Kotoko are league leaders, six points ahead of second-placed Medeama, with a game in hand; they'll look to put some more distance between themselves and second-place with a win today.

A quickfire FAQ on Medeama vs Asante Kotoko 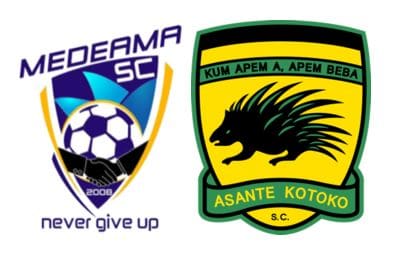