José Mourinho was so pleased that the first question from BT Sport reporter Des Kelly after Manchester United‘s Champions League tie with Sevilla focused on Scott McTominay and not Paul Pogba he hugged him.

Almost every question the United manager had faced up until that point had concerned the French midfielder and his future role at Old Trafford.

Indeed, McTominay has become an underlying plot line in the compelling story that is unfolding around Pogba. The 21-year-old had started back-to-back games for the Old Trafford side, with that goalless Champions League last-16 tie against Sevilla the biggest match of the young midfielder’s career to date.

While he might not have shone, McTominay didn’t disappoint, playing his role as United returned home with a 0-0 draw to show for their efforts at the Ramón Sánchez Pizjuán.

“He was fantastic, he did everything well,” Mourinho said after the game “He put lots of pressure on [Éver] Banega to stop him as a playmaker. He was always comfortable. I think he was brilliant.”

That display came in a week when reports of a tug-of-war between England and Scotland over the international future of McTominay surfaced. The Three Lions were closely monitoring the 21-year-old’s progress at United, with new Scotland manager Alex McLeish keen to secure the services of the rangy youngster.

And, according to BBC Sport, it is the Tartan Army who have won the battle after McTominay met with McLeish at United's Carrington training complex on Thursday.

England manager Gareth Southgate had been due to meet with the 21-year-old the following day, but it is reported the pair did not get together. Although born in Lancaster, McTominay qualifies for Scotland through his Glasgow-born father.

For Scotland, it’s clear to see the appeal of attracting a young midfielder who is currently starting games for a team like Manchester United. McLeish is lacking in players performing at the top level, after all.

There is an immediate vacancy in midfield, too, with Celtic stalwart Scott Brown having just announced his retirement from international duty, handing the baton to a younger generation.

It’s a different case with the English national team, though. While they might not be as strong as they were a decade ago, Southgate still possesses a squad full of players operating at a a fairly high level in the Premier League. 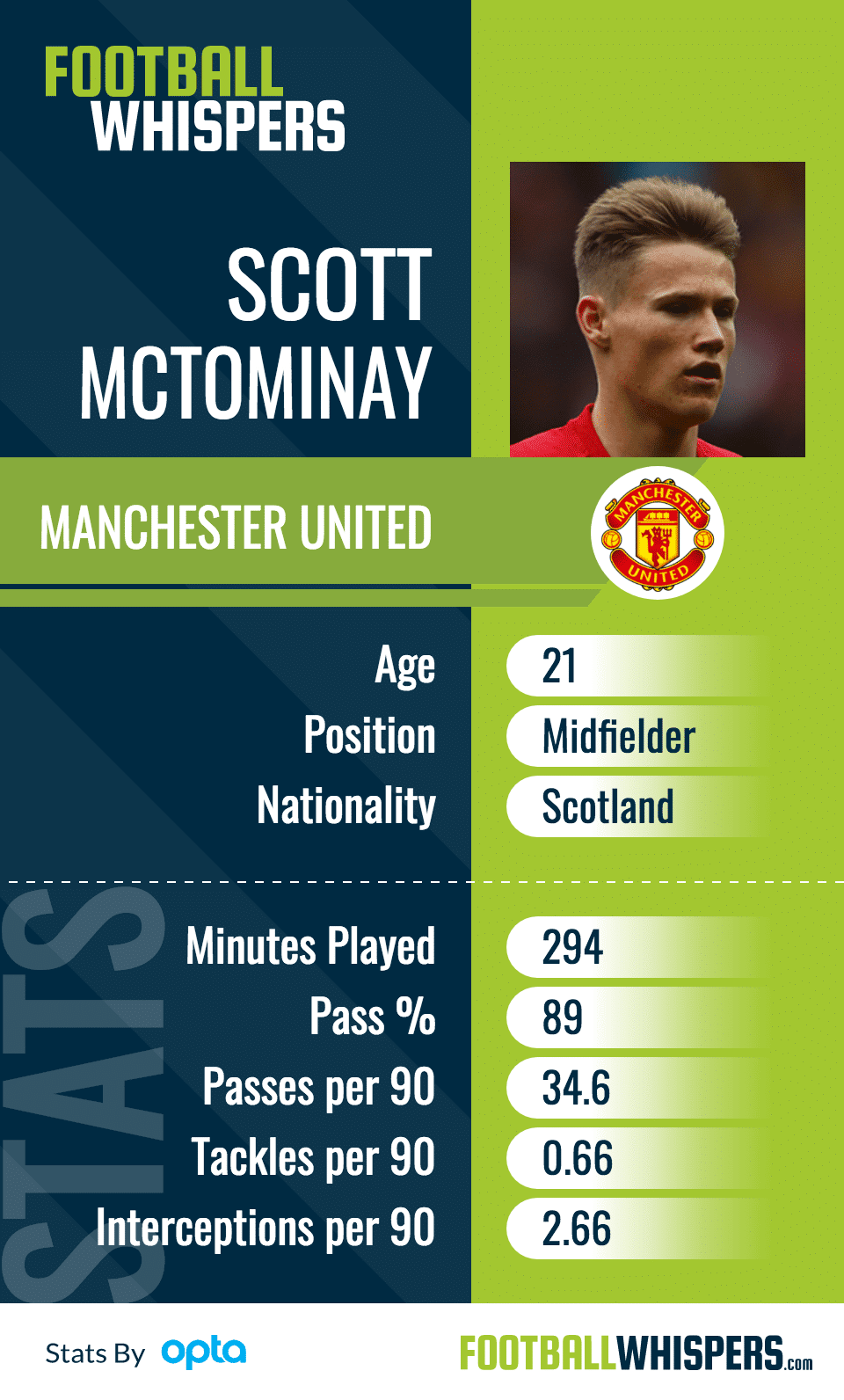 So what role would McTominay play for Scotland?

It’s difficult to know what McTominay excels at. This isn’t meant to belittle the youngster’s contribution, it’s just that he is an all-rounder that thrives in being unremarkable, in the nicest possible way.

On the defensive side of things, McTominay averages 0.6 tackles and 2.6 interceptions per 90. It’s not even as if he’s a particularly sturdy shield in front of the back four. This is a role Nemanja Matić already performs for Manchester United. 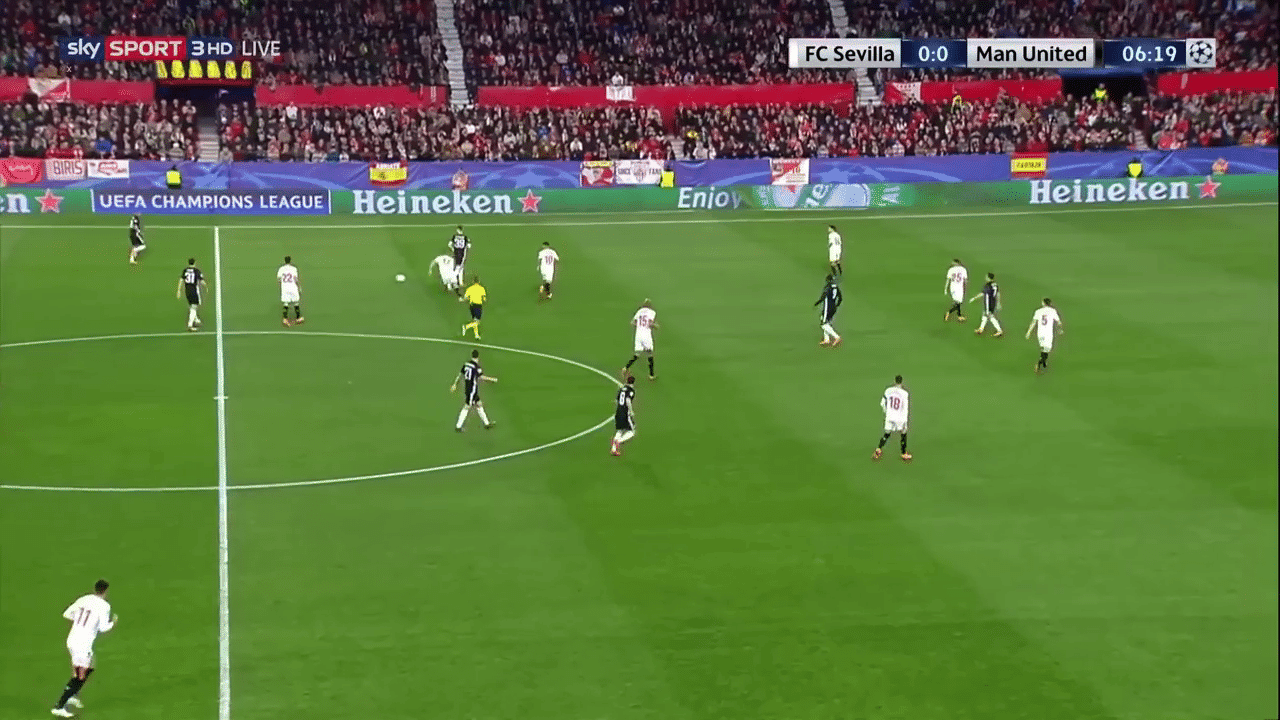 Against Sevilla, Mourinho used McTominay as one part of a midfield three, as illustrated by the above screenshot. The irony in that is that Pogba, the player sitting on the bench watching McTominay play in his place, would thrive in this sort of system. The Frenchman’s troubles are widely perceived to be down to his use in a midfield two. What must he think of this new shape he is not a part of?

What’s more, Mourinho is also deploying McTominay in the way many want him to do with Pogba. As shown by this screenshot, the 21-year-old was charged with pressing Sevilla high up the pitch. Rather than being a passive operator, from a defensive point of view, in the mould of someone like Michael Carrick, McTominay was asked to press as high as the edge of the opposition box when out of possession. 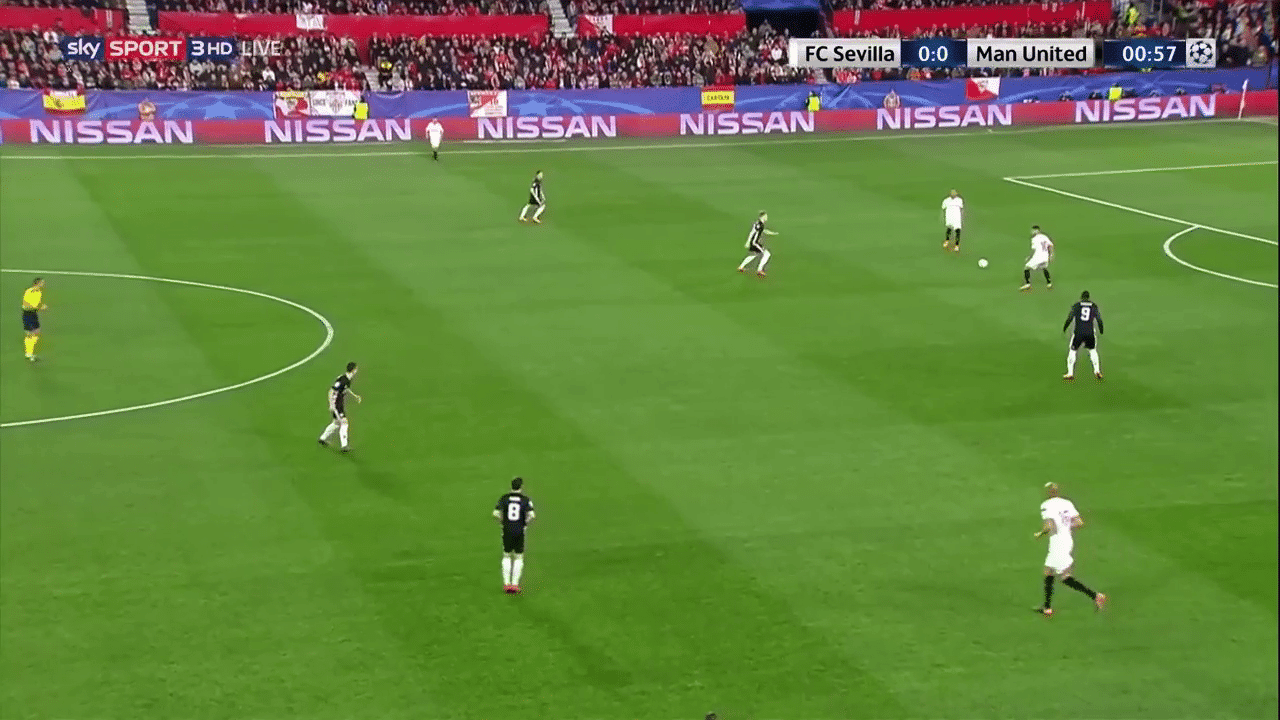 For the most part, though, when United were on the ball, McTominay was the middle link in a midfield trio that saw the 21-year-old flanked by Matić and Milan transfer target  Ander Herrera, as shown by the below screenshot (and Pogba when the Frenchman was brought off the bench).

The centre circle was his domain, passing the attacking responsibility to Alexis Sánchez and Romelu Lukaku. 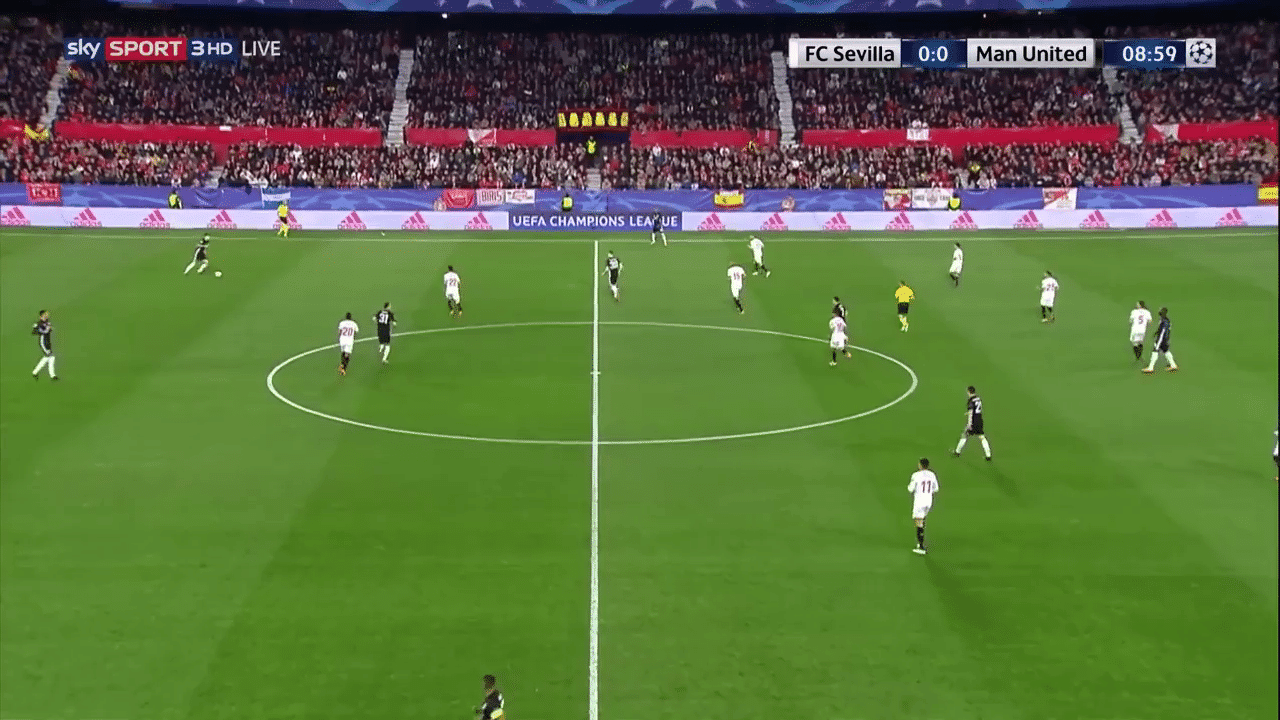 McLeish clearly plans to find a role for McTominay in his side. The former James Morrison.

Ryan Jack (26), John McGinn (23), Callum McGregor (24) and Kenny McLean (26) represent the future for the centre of Scotland's midfield. But all four play in the Scottish Premiership and, with Celtic out of the Europa League, McTominay has the edge in terms of the quality of sides he will face between now and the end of the season.

Perhaps the reason it’s difficult to quantify what McTominay brings to a team is that his primary quality is in his covering of space. Mourinho has used the 21-year-old for the way he fills a position rather than how he performs it. He is the one-man structure of Manchester United. He might do something similar for Scotland.