Riley McGree is the talk of Glasgow. Celtic and Rangers are reportedly interested in signing the 19-year-old in January despite the fact he only joined Club Brugge in the summer.

Having shown an interest in him before he opted to move to Belgium, Brendan Rodgers’ side are long-term admirers of the Australian and it’s the Bhoys who are the favourites to land him ahead of their neighbours.

A report in the Scotsman claims the Scottish clubs are prepared to battle it out for his signature with sources in Belgium believing Brugge will let the player leave in January despite having a contract with the club until 2021.

He’s yet to make an impact but the Belgian side could make a quick profit on the £62,000 they paid to secure his signature.

Former Celtic player and scout Tosh McKinlay has been quoted as being an admirer of the teenage having received glowing reports from Albert Kidd, who now resides in that part of the world. Celtic fans will remember that name well.

He said back in March: “I’m in very close contact with my ex-team-mate Tosh McKinlay and we have talked about Riley McGree. They are showing a lot of interest.”

It’s clear to see why Rodgers and the recruitment team at Parkhead remain interested in McGree. While at A-League side Adelaide he impressed and it lead to many backing him to be the future of the national team.

If he’s able to recapture such form under the meticulous eye of Rodgers then Celtic would have a player on their hands and he could well flourish with guidance from the former Liverpool manager.

Does McGree warrant the hype?

There’s no mistaking it, there’s something about the 19-year-old that makes him stand out on a football pitch. For a time it became the norm for players to excel in certain positions and the all-round midfielder was a thing of the past. But the rise of the multifunctional midfielder ties in with modern day managers looking to make their teams as flexible as possible.

You see the likes of Jürgen Klopp and Pep Guardiola using players in a variety of positions simply because they want their team to be as interchangeable as possible. The more versatile you are the better. And this is what the Club Brugge man adds to the team.

McGree is a holding midfielder but he’s not the ‘win the ball and play a five-yard pass’ sort of player. He’s the type to anticipate a pass, win it ahead of the opposition, beat two or three players with his quick feet before threading an incisive pass through to a team-mate.

Teams now press high up the pitch and this means midfielders need to be able to two do things; understand pressing triggers so they’re able to execute a high press and be composed in order to not lose the ball in dangerous areas when they’re pressed.

They need quick feet, composure and a good footballing brain to be able to do this as a player. McGree has all three in abundance. 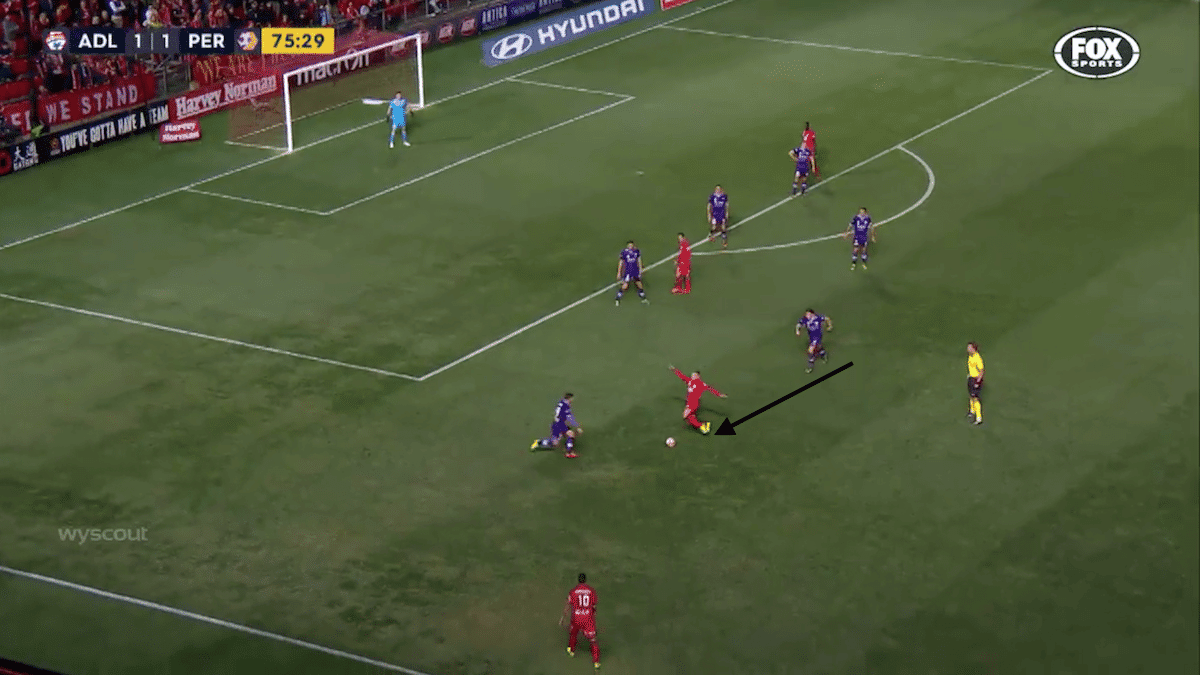 In the picture above you see McGree in possession of the ball having anticipated the bounce and beat a player from the opposition to it.

His touch is loose and he’s being pressured immediately, yet he keeps calm and doesn’t just look to knock the ball out to his teammate on the left. 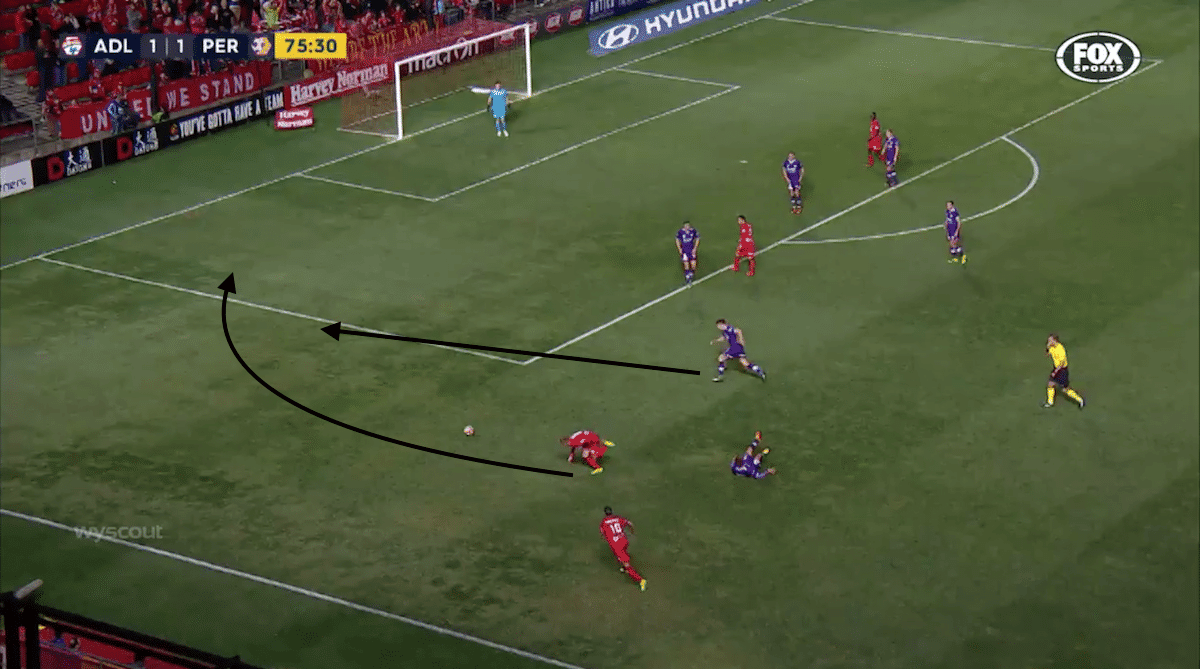 He plays through the tackle, taking that player out of the game and managing to stay on his feet before charging into the penalty area.

The man who originally lost the ball to McGree is looking to cover and gets back, and, while it appears he is favourite to kill the attack, the 19-year-old beats him for pace on the outside. 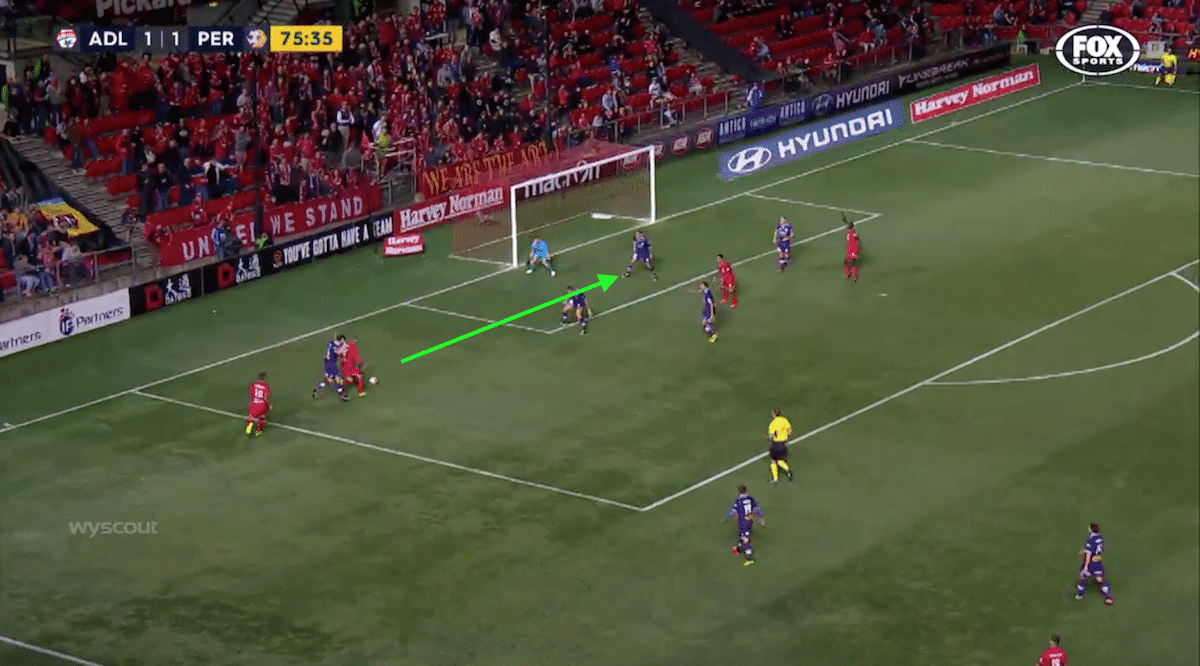 He cuts back across the defender knowing if he’s touched he's going to win a penalty. It’s a smart move and not one you would expect from a player with such inexperience.

McGree then drives to the byline and fires in a low, driven drive across the face of goal. It’s cleared but on another occasion it could ricochet into the back of the net. While all of this looks simplistic, you have to remember this is a holding midfielder and not a creative No.10.

Furthermore, McGree is supremely confident on the ball and has the ability to spot and execute passes you don’t expect from a player in his position. 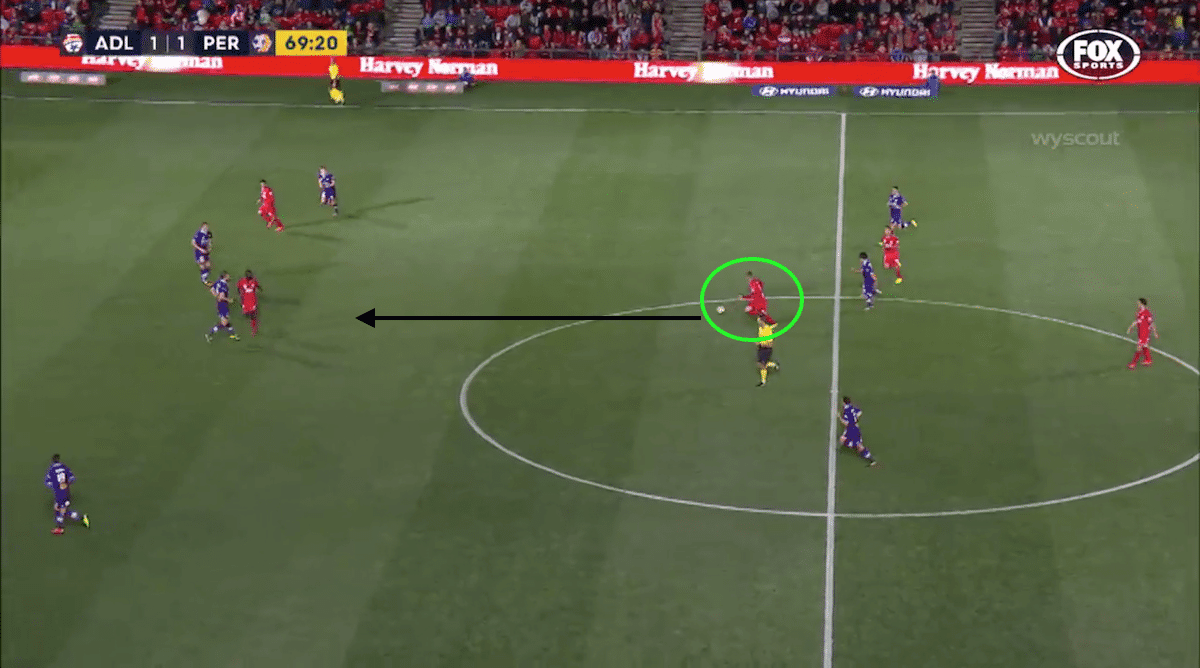 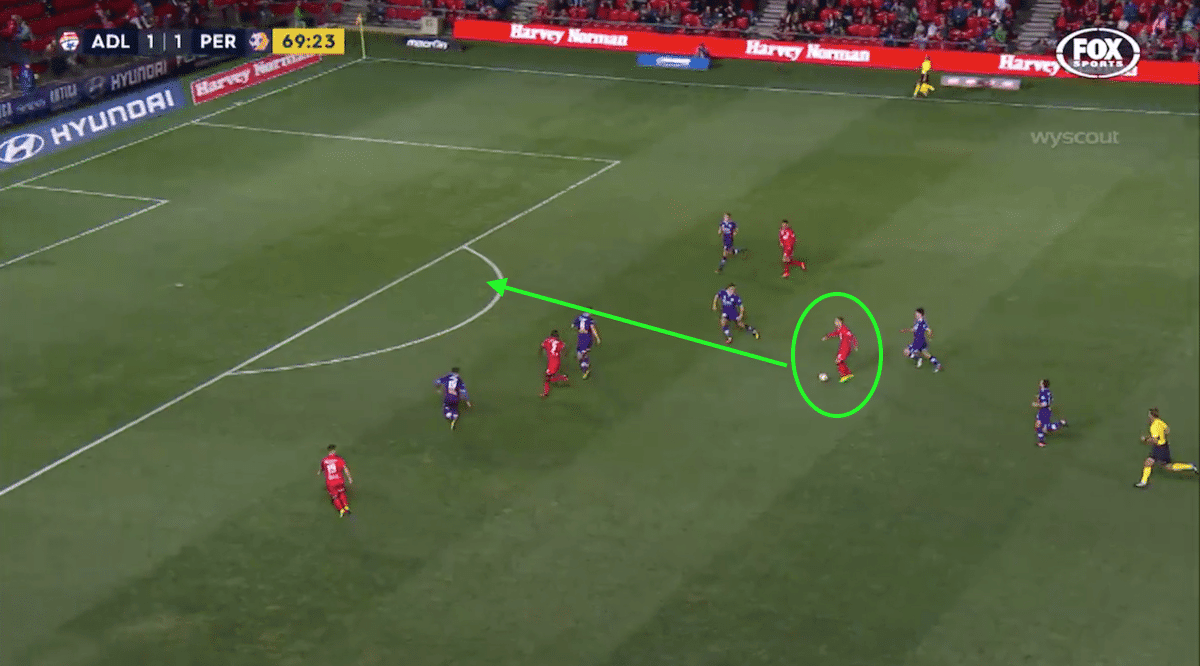 He picks possession up in a deep area and drives into the space ahead of him. He then threads the ball through to the striker but the chance is spurned.

McGree makes the pass look effortless and almost easy, but in reality it only looks like that because of his clever he is.

If he holds onto the ball for too long there’s a chance he’s dispossessed or he plays a pass to a player in an offside position. If he rushes, his teammate isn’t in the position to receive and the change is wasted.

Instead he waits for that moment when the centre-back pushes on from his position before threading the pass into space with a simple swing of his left foot.

Celtic have an array of midfield talent but aren’t in a position to pass up the opportunity to sign a player of McGree’s quality for such a small fee.

He’s somewhat of a blank canvas for Rodgers in many ways just waiting to be moulded.