After enjoying an overwhelmingly successful two and a half year spell with Dutch club, VVV-Venlo, Maya Yoshida earned himself a move to the then newly promoted Southampton.

He left Holland a well-rounded, much improved defender from when he first joined from Nagoya Grampus, with his consistently impressive displays catching the eye of many suitors. Undoubtedly, though, his most memorable moment from his time in Holland was the spectacular bicycle kick he scored against PSV directly from a corner, which was subsequently voted the Eredivisie goal of the season in 2011/2012.

While his time in the Premier League hasn't been a roaring success, the Japanese international's been a solid member of the Southampton squad over the past four years since joining in 2012. Of course, he's made some costly, well documented errors, but that certainly hasn't meant he's been a failure, for he's also countered those unceremonious outings with plenty of accomplished performances.

Having worked under some excellent coaches in the form of , Mauricio Pochettino, Ronald Koeman and now Claude Puel, Yoshida's improvement and ability to adapt to the rigours of the Premier League has seen him feature in all of the aforementioned coaches plans. Indeed, his relentless commitment and dedication to better himself to succeed has been nothing short of exceptional. 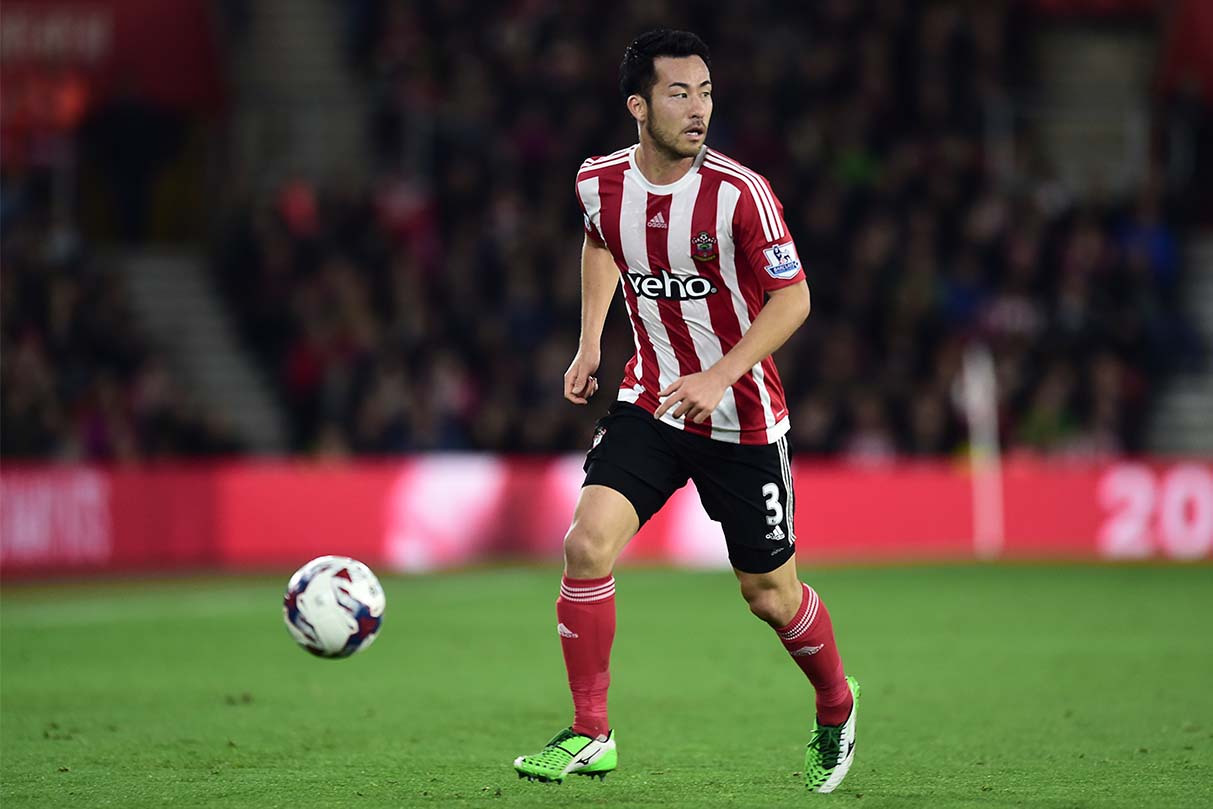 In the beginning, coming to England was something the man signed for £3 million found extremely challenging, however, with factors like the language and the physicality of the division aspects he immediately identified as needing work on.

In an interview with Jack Pitt-Brooke of the Independent, Yoshida aptly explained his difficulties, making a particularly good point about how important adjusting was due to him being a centre-back, which is a position where communication is absolutely essential.

“Goalkeepers, there is maybe just one, my friend [Eiji Kawashima] in Belgium.There are many Japanese midfielders and full-backs, but the key positions are not as easy. You have to lead the team. If you cannot speak the language, you cannot lead the team. That is the difference between me and another position.”

The other predominant obstacle which Yoshida has also conquered – his initial strength deficiencies – took just as much work. “Gym sessions here are totally different. I am the tallest and biggest in the Japan national team but if I come here I am normal. Compare the difference between a Japanese striker and [6ft 4in] Graziano Pellè – he’s a monster. Fraser Forster [6ft 7in] is a monster. We don’t have players in Japan like this,” he noted.

To his credit, though, through perseverance, hours of hard work and an unwavering dedication, he mastered English and improved his strength dramatically.

Although he's never been able to completely cement his place as an undisputed starter, despite having some excellent runs in the first-team, the fact he became the first ever Japanese player to sign a contract extension for a Premier League club is a testament to his quality. Moreover, his versatility has given his managers plenty of tactical flexibility, as the man who used to be a midfielder in his Nagoya days is also capable of filing in as a fullback.

Whenever watching the 28-year-old, though, the most striking aspect of his game is undoubtedly his frightening pace, which allows him to easily match it with some of the league's most electric forwards and also cover his teammates whenever they require support. In a recent list of EPL players who are quicker than Arsenal's scintillating Hector Bellerin, Yoshida remarkably ranked as the league's joint eighth fastest player, level with speedster Theo Walcott.

Yoshida, who sees himself as a trailblazer for Asian players dreaming of moving to Europe, hopes his exertions will inspire many back on the continent to strive to replicate his incredible achievements. “To come to the Premier League was one of my biggest dreams since I was a child,” Yoshida said last year.

“I am the only centre-back from Asia playing in the Premier League so I am carrying the hopes of all the other defenders from my country.”

“My success in the Premier League will help show the way for other Japanese players. I have to play well. My success equals Asian defenders’ success. If I am a success maybe an English team will think ‘a good Japanese or Asian defender would be good for us’. That is my job.”

Despite his fantastic success abroad, the Japanese international's not content just yet with all he's done in the game. “If people call this success, it is not enough for me,” he insisted. “I want to be a pioneer, for Japanese players playing in England, but I still want more.”

After claiming he'd be open for a move away from the Saints in the summer, courtesy of his desire to receive greater playing time, it'll be fascinating to see what the future holds for the talented stopper. Even though his future is unclear, Yoshida can certainly sit back and reflect on his terrific past that has seen him obtain success not only in England but Holland too, something that so many of his fellow countrymen have failed to do.

All in all, Yoshida really is a glowing example of how a fantastic attitude and a relentless dedication to improve can turn your dreams into a reality.