With respect to the fine institution that is Crystal Palace Football Club, the signing of Max Meyer this summer was one of the more surprising transfers of the window.

Just as intrigue and excitement built around Spanish football at the end of the last decade, and the young players being produced, Germany became the focus throughout the 2010s with Meyer at the forefront of the next generation of talent which also included former Schalke teammates Leroy Sané and Julian Draxler, and Joshua Kimmich of Bayern Munich.

His ascent to the apex of world football looked assured after he made his debut for Schalke aged 17 and was soon impressing regularly in the Bundesliga and Champions League amassing more than 100 first-team appearances before his 21st birthday.

Meyer proved a flexible and technically excellent midfielder; a playmaker who honed his skills as a futsal player in his youth.

He progressed through the youth levels for the national team, representing Germany from Under-15 right through to Under-21 and at the 2016 Summer Olympics, and earned his first full cap in 2014 while still a teenager having been included in the provisional 30-man squad for what would be the victorious 2014 team.

He looked a certainty to carry the baton on from Mesut Özil, Toni Kroos and another former wunderkind currently struggling in Mario Götze, as Schalke batted away interest from Chelsea and Liverpool to keep hold of their prized asset.

However, his form over the following three seasons declined. He often found himself out of the team, his creative talents no longer thriving in a team that was struggling. Enter Domenico Tedesco.

The coach, then 32 years old, arrived at Schalke in the summer of 2017 and decided that Meyer would be his midfield pivot. No longer would he be positioned in the final third, looking to thread the killer pass to unlock a defence. Instead he’d sit at the base of the midfield and dictate the tempo of Schalke’s passing game.

The switch worked spectacularly and Meyer was reborn. He played arguably the best football of his career. But the Germans were caught out as, due to his ineffective displays in years past, he had less than 12 months remaining on his contract.

Meyer, now one of the side’s integral players, wanted a substantial pay rise and wouldn’t sign a new deal unless he got one. 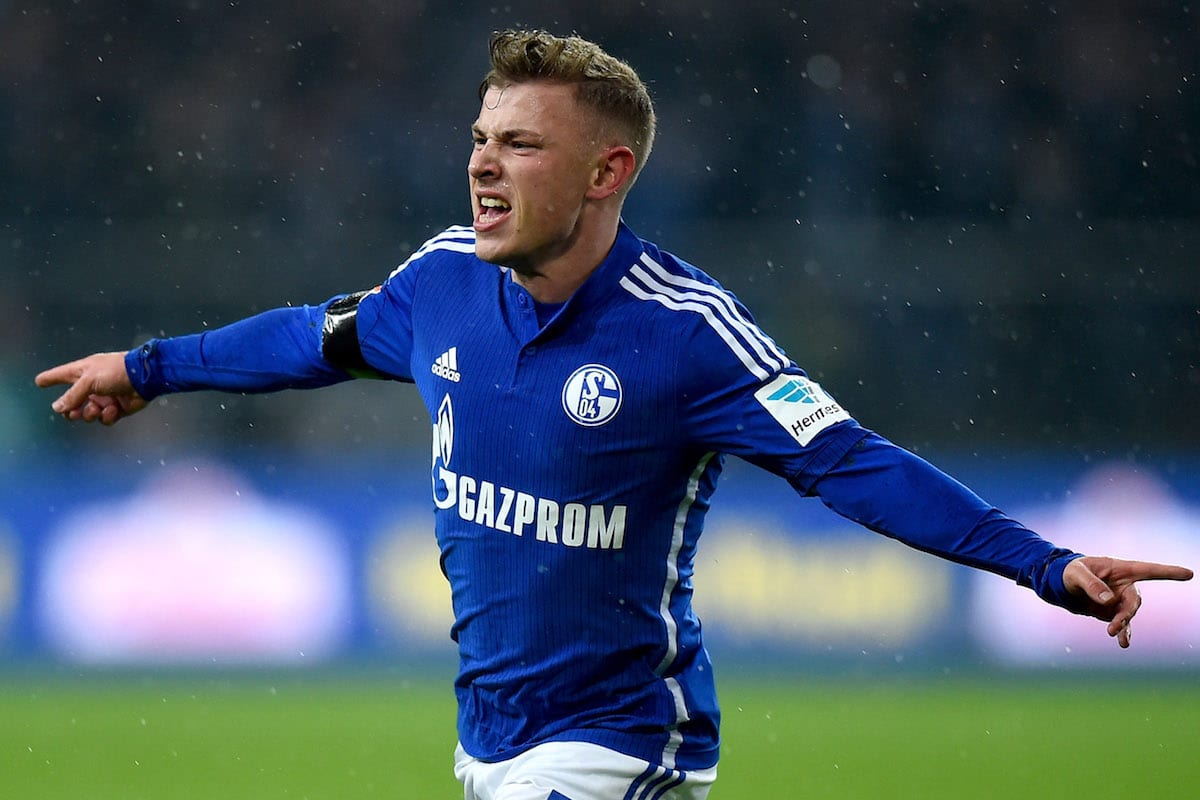 From January the midfielder went from a future captain and lynchpin of the side to enfant terrible among the club’s administration. Disputes over a new contract led to bullying accusations which in turn saw the midfielder’s own attitude questioned and suspension.

German football’s bright young thing became an outcast without a club as his contract at the Veltins Arena ran down.

That is was Palace who managed to pluck him out of the free agent’s market is either a considerable compliment to their recruitment team or a damning indictment of just how low Meyer’s reputation had sunk among the continent’s elite clubs. Or perhaps his wage demands put off even the most cash-rice.

Meyer himself has said it was the human touch displayed by sporting director Dougie Freedman in personally travelling to Germany to meet him that convinced him Selhurst Park was the right destination, but it’s still baffling that definitive and committed interest didn’t at least extend into a team at Europa League level.

The fact he’s only signed a three-year contract implies a sense of trepidation on the south London club as five-year deals are de rigour in modern football, especially with Meyer so young and no financial outlay required for a transfer fee.

So far that trepidation has, seemingly, been shared by manager Roy Hodgson who’s given him just 64 minutes over four Premier League substitute appearances and a start in the Carabao Cup in midweek against West Brom.

In fairness to both parties, such was the poisonous situation at Schalke between management and Meyer, that he barely trained between May and August when he signed for Palace. His match sharpness is behind schedule.

With a lack of pre-season it’s likely only now he’s finding his rhythm in a game situation which makes Hodgson’s reticence in selection prudent.

But gradually Meyer is demanding inclusion and if Hodgson can harness and focus the talent he displayed in his late teens and last season then the Eagles could have a truly outstanding midfielder on his hands.

Because his minutes this term have been minimal it’s a little fanciful to dwell too much on his numbers extrapolated over 90 minutes averages. But it is noteworthy that for accurate passes (64.28), open play key passes (2.85), tackles (8.57) and scoring attempts (2.85), he’d comfortably be a top-ten midfielder.

His performance against the Baggies was a pretty comprehensive audition as to what he could bring to the side. His range of passing is outstanding, whether on the ground, short or long, or lofting the ball from one side to the other, he is, true to his football heritage, a fantastic technician and one who can control tempo and the general ebb and flow of a game.

Palace are an attacking side in terms of scoring attempts per game (12.03) and xG (1.22) but with Meyer providing an additional layer of creativity they could improve even further and then, who knows, maybe even Christian Benteke could find the target.

But Hodgson’s commitment to a 4-4-2 places the German in competition with regular starting midfield duo James McArthur and Luka Milivojevic. The latter’s position as club captain means his position is safe but the Scot is under serious pressure to maintain his performance levels.

There is another option, in which Hodgson switches to a 4-3-3 with Meyer as the deep playmaker flanked by McArthur and Milivojevic. Wilfried Zaha could still lead the attack with Jeffrey Schlupp or Andros Townsend providing width.

This is all positive for Palace who after a bright start are winless in their last four matches and if that form continues, Hodgson surely has no option to make an alteration to his game plan.

As surprising as his arrival at Selhurst Park was, Meyer’s position in the Palace first team appears wholly predictable.