Norwich City are victims of their own success. Their shock promotion to the Premier League opened a door they’ll now struggle to shut.

With their players now performing in the top tier of English football, teams from all across Europe are showing an interest in a number of their stars.

That may seem like a steep price for a player with zero goals, zero assists and just 19 Premier League appearances to his name. But due to the exploits of Liverpool pair Andrew Robertson and Trent Alexander-Arnold, full-backs are perhaps more popular than ever before. 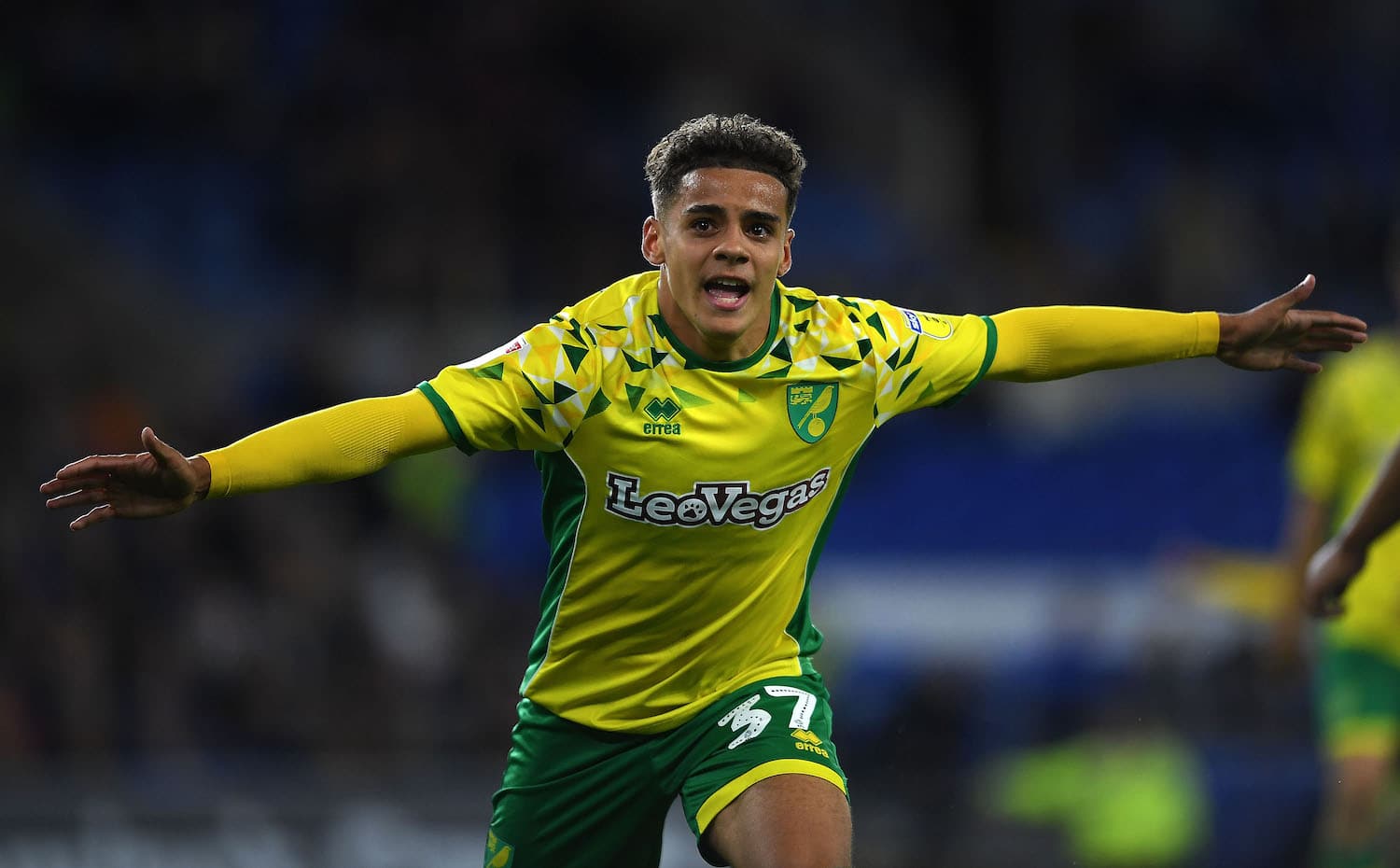 It is only natural that teams would look to copy what the Reds are doing. Creative full-backs work and teams haven’t yet come up with a plan for how to completely nullify them. Few are capable of repeating what Alexander-Arnold and Robertson do but Aarons is one who has the potential to be a creative hub from a wide area.

It would explain why Everton, Spurs, Borussia Dortmund, RB Leipzig, Barcelona and Liverpool are rumoured to be interested in the 20-year-old.

To truly appreciate Aarons as a player, you have to look beyond his numbers. For context, this season he has an open-play expected assists total of 1.78 compared to Alexander-Arnold’s 4.63. One is turning out for the team at the top of the league, one is playing for the team rooted to the bottom. One is providing ammunition for one of the best-attacking tridents in world football, the other has Teemu Pukki leading the line.

However, both suffer from crosses being judged harshly in many expected goals models. Crosses generally result in headers and these are lower value efforts than actual shots. As you can see from Aarons’ shot assist map, he is creating some high-quality chances, they just aren’t being converted. 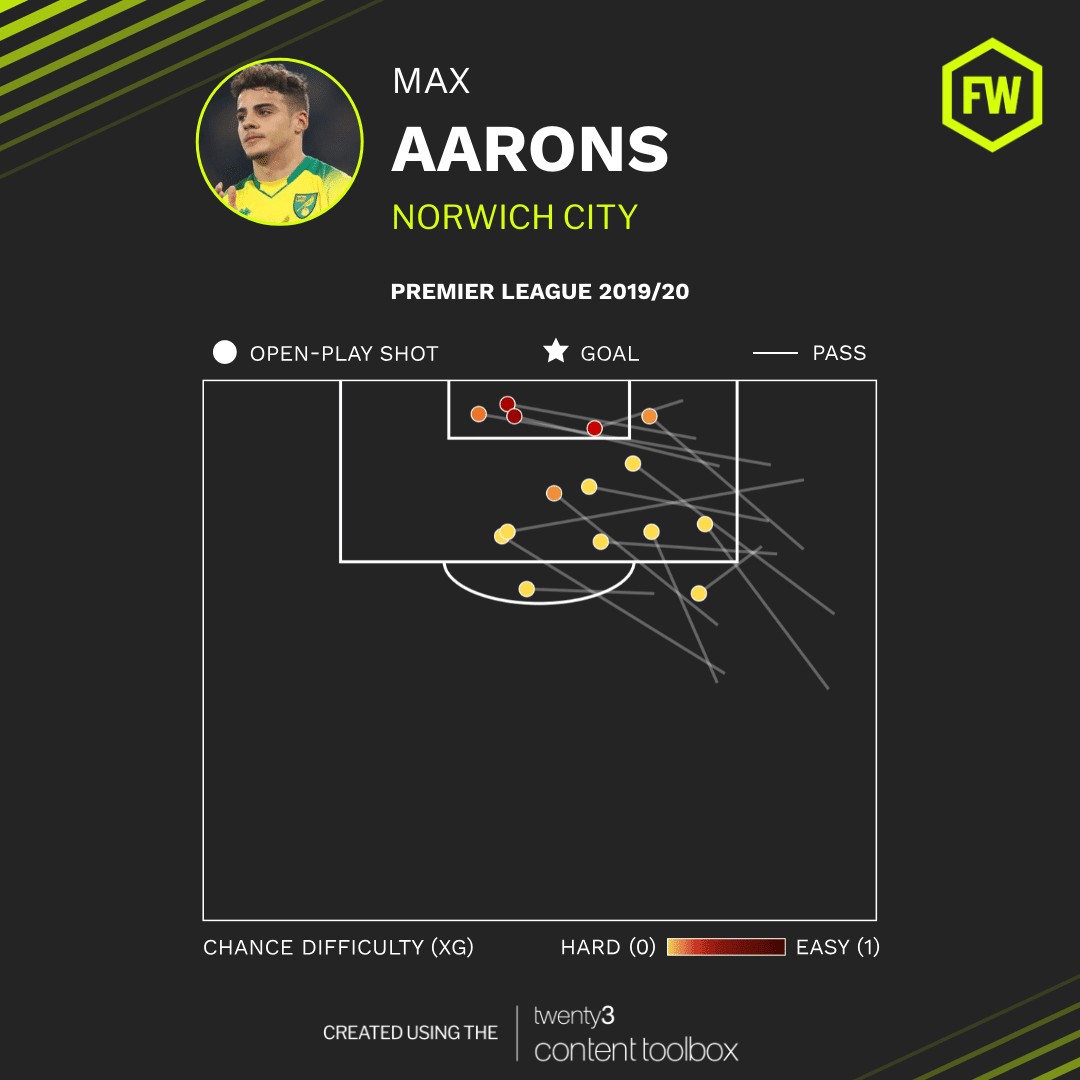 Furthermore, he's carving out these opportunities from dangerous areas which means he is a reliable, consistent threat. He isn't just getting to the byline and putting the ball into the penalty area. Instead, he's occupying the same space Alexander-Arnold and Kevin De Bruyne do for their respective teams. 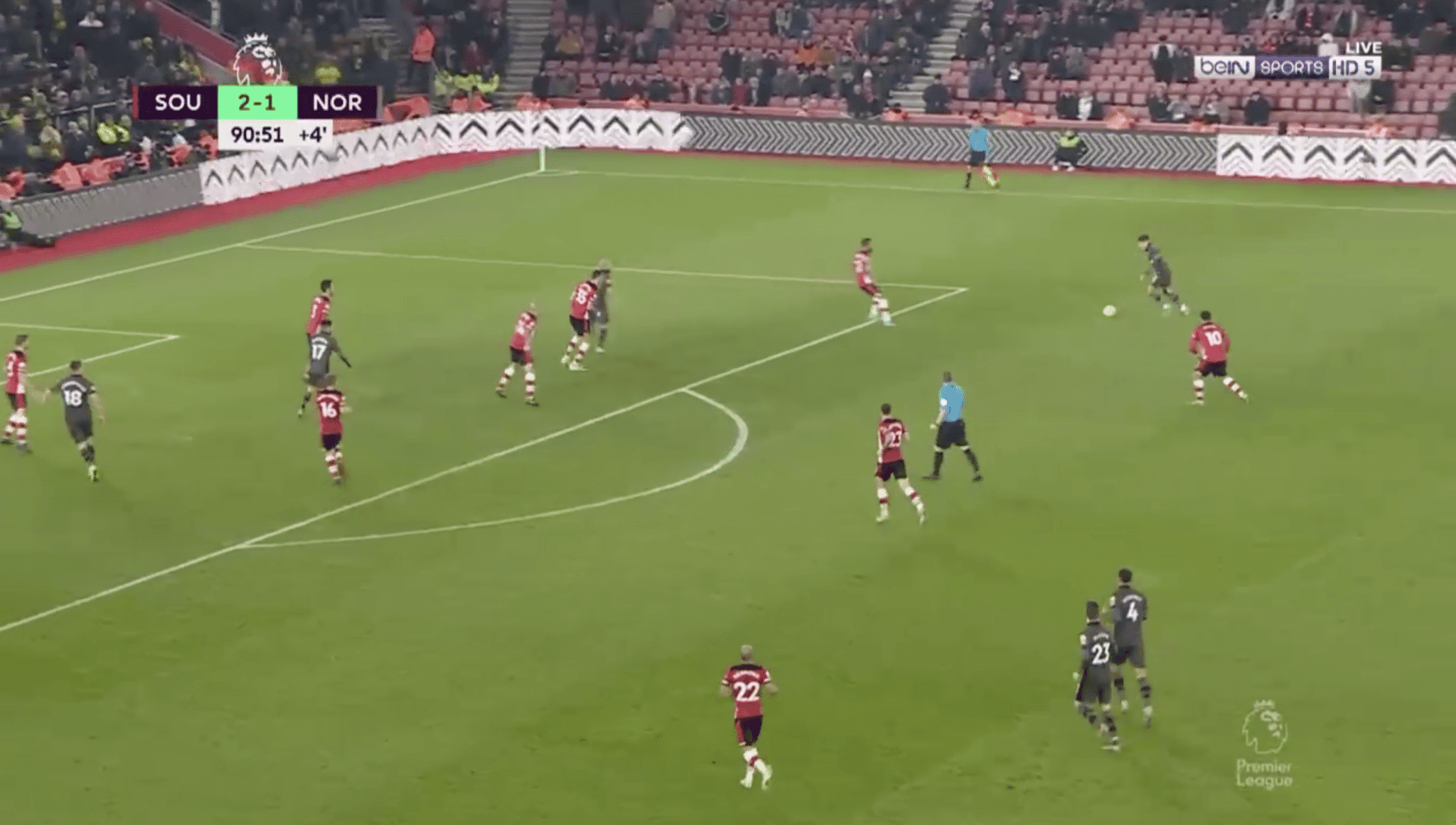 As seen in the screenshot above, it's difficult to defend deliveries from that zone. Southampton have a number of bodies back yet Aarons still clips the ball onto Marco Stiepermann's head. It doesn't result in a goal but you can understand why so many of his shot assists come from this part of the pitch. It's where some of the best Premier League playmakers operate in.

Eventually, one of these chances will be converted. Even without assists to his name, Aarons is proving to be a threat. And the repeatable opportunities he's creating are why clubs won't be deterred by the £30million price-tag. 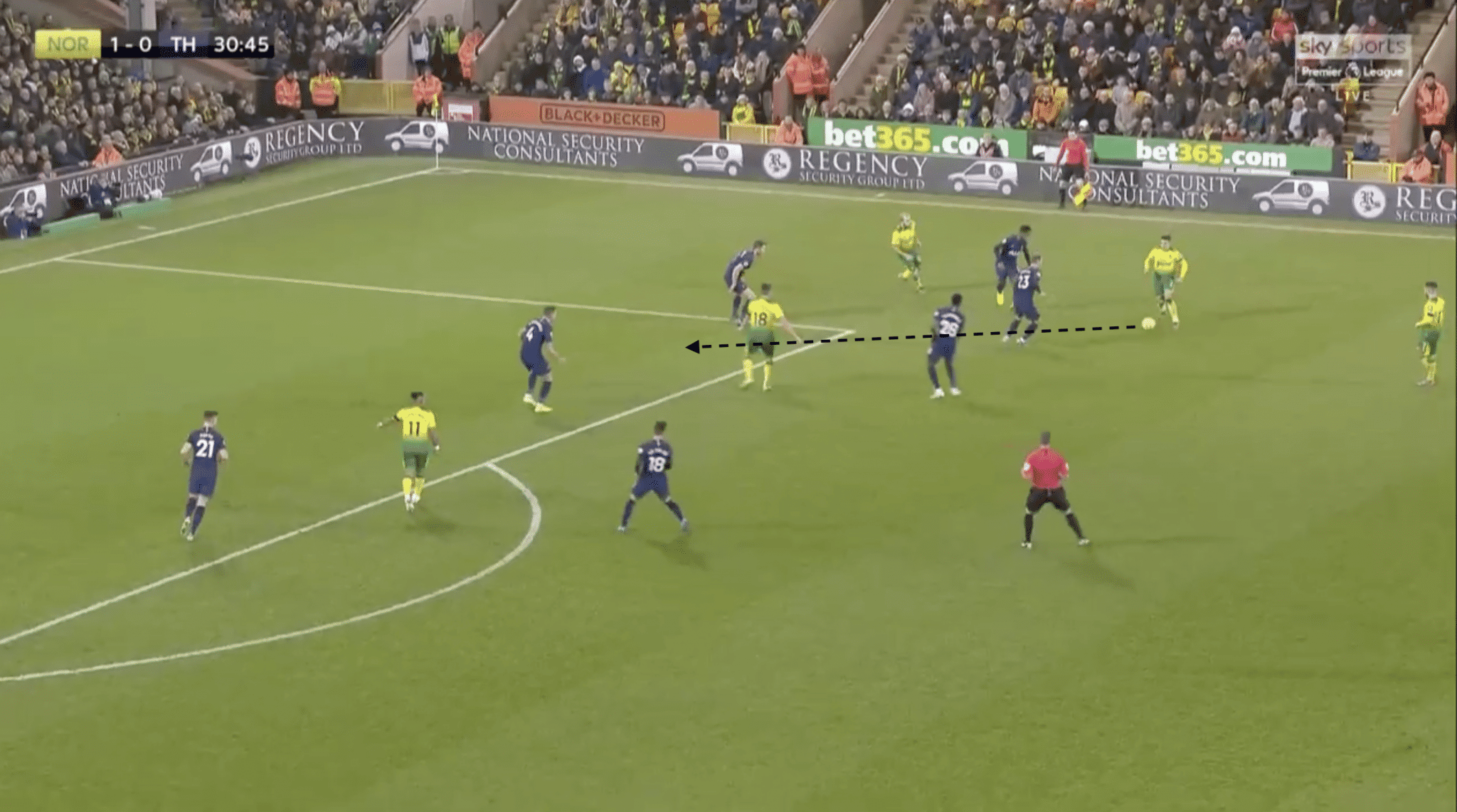 There's more to the creative side of his game than just crossing. He has an eye for a pass and the ability to execute it. In the image above, he cuts inside from right-back and, instead of passing the ball back to a team-mate, he plays an outside of the foot pass which breaks the midfield line and gets Norwich into the penalty area. Perhaps the Spurs players could block off the passing lanes a little better but, in truth, this is a well-executed pass in what is a limited amount of space.

But what is more impressive, and what you should take away from this, is that Aarons took responsibility on to try to create an opportunity for his team. Other full-backs look to release the ball quickly, and easily, when deep in the opponent's half.

At 20, he's nowhere near the finished product but if his talent is nurtured and he's developed properly, he could be quite a creative force down the right flank. His ability on the ball could see him leapfrog Aaron Wan-Bissaka in the pecking order for England, too. The £30million fee may seem excessive now but it could well turn out to be a bargain down the line.