It seems counterintuitive that a promising player in Spain would turn down a move to Barcelona, but that is exactly what Mauricio Lemos of Las Palmas did last summer. At the time he was working on making his loan move to the La Liga minnows – which began in January 2016 – into a permanent one, the young defender was desperate not to return to Russia where he had struggled to settle.

“I spoke about it with my family and decided not to go to Barcelona,” he told La Repubblica earlier this month. “I felt it was for the best. Many players go due to the name of the club, but what are they going for? If I move to a big club like that one day, my intention is to be a regular.”

Lemos went on to add that he was concerns were “strictly football” related and that he was focussed on being at a club that allowed him to grow as a player, but as the 2016/17 campaign began, it seemed as if he’d misjudged the situation completely. Instead of being a reserve at Camp Nou, the 21-year-old found himself on the bench at Las Palmas, making just six appearances – for a meagre total of 573 minutes – before Spanish football took its winter break. 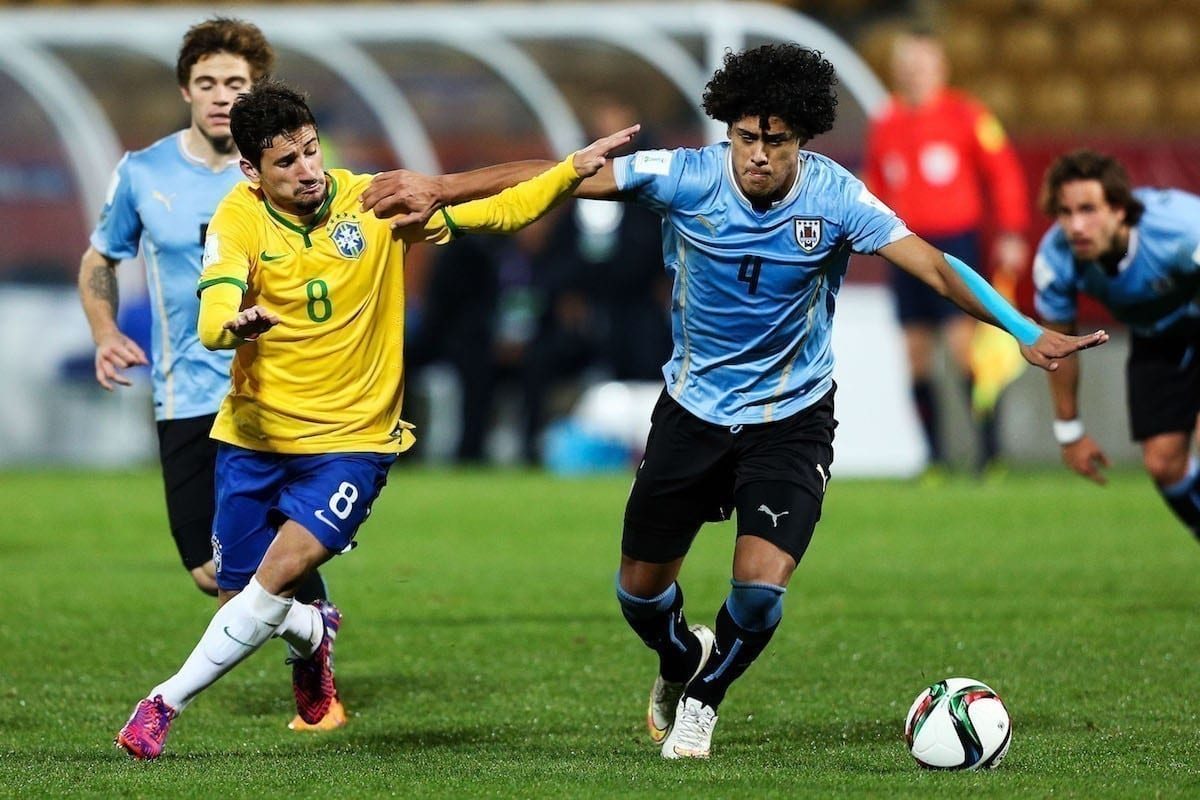 However, when action resumed in the New Year, Los Amarillos boss Quique Setién would finally begin to give Lemos regular playing time, a chance he would seize with both hands. Since being named in the starting XI for a 1-0 win over Sporting Gijon, he has been a mainstay in the side, making 16 more appearances and finally looking like the player Barca had expressed interest in.

His rapid improvement has also drawn the attention of Everton, which Las Palmas hope will lead to a bidding war over the young Uruguayan. The Blaugrana are said to be preparing a €12 million offer, but the player’s buyout clause is believed to be closer to €30 million, and the interest of the Premier League club has undoubtedly given them much more leverage.

Scouts from both parties – and no doubt a number of others – cannot fail to have noticed the leap he has made over the past few months. Still raw in many ways but with all the requisite skills and physical attributes to excel in his role in central defence, Lemos is rightly being discussed as a player who could thrive under the pressure that such a high profile move would bring.

He was part of the Uruguay side that won gold at the 2015 Pan-American games, and is tipped to be part of the full national team before too long. His father revealed that compatriots Diego Godín and Diego Lugano were always the players his son looked to emulate. “He likes to be a leader,” Pablo Lemos admitted to Mundo Deportivo. “Mauricio is quiet but has a lot of personality on the pitch. That's why he loves Lugano and now Godin.” 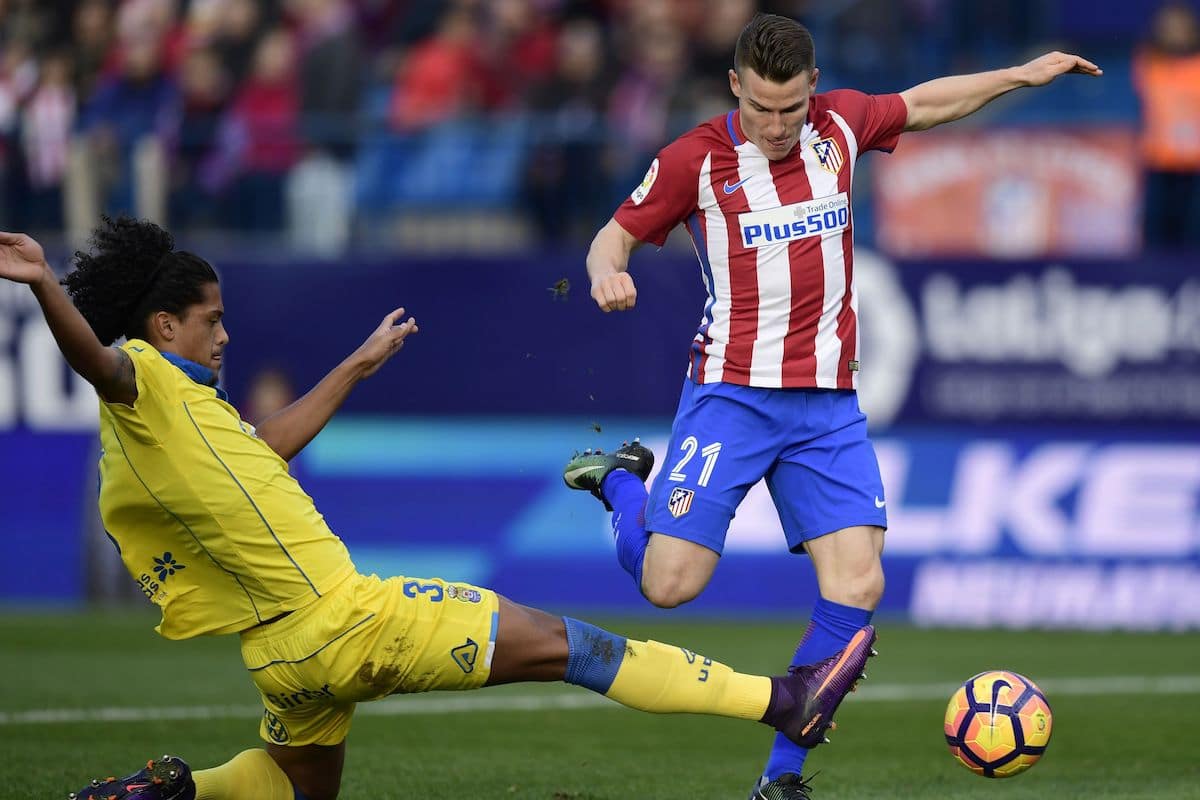 There is certainly something to be said of that, with the younger man often directing traffic and organising the Las Palmas backline. Standing 1.85 m (6 ft 1 in) tall, he uses his frame well and, like his more famous countrymen he is not afraid of a physical one-on-one battle with an opponent.

He is better in the air than his raw statistics suggest, winning 30 of the 58 aerial duels he has contested, but averages just 1.3 of those per game, a figure which pales in comparison to those of Barca duo Gerard Piqué (2.2) and Samuel Umtiti (1.9). However he often opts against challenging there outside the box, instead preferring to win the second ball and he averages 1.8 tackles and 1.7 interceptions per outing as a result.

Those figures stand up well against the Blaugrana pair, Piqué recording 1.7 and 1.5 respectively while Umtiti’s current numbers are 1.1 and 1.8. Much like those two, he also prefers to play out from the back rather than just kick it clear, managing 50.7 passes per game despite playing for a side who currently sit 14th in the table.

Piqué (69.5) and Umtiti (68.3) both play a higher volume of passes, but given Barca’s love of possession and their tiki-taka style, that is only to be expected. Lemos looks comfortable and adept on the ball, rarely making bad decisions and able to keep the ball moving even when placed under pressure.

READ MORE: Barcelona Must Break The Bank To Keep Messi

If that is a skill that would be useful should he join the Catalan giants, then so too would his prowess at set pieces, a weapon that Barca’s current defenders simply do not possess. With five goals to his name from central defence, it is noteworthy that only one of those came via a header, and Lemos has actually scored more from direct free kicks (4) than any other player in La Liga.As can be seen in the effort above, he excels from long range and is able to deliver with great accuracy, although it would likely take some time before Messrs Neymar and Messi allowed him to the front of the queue.

However, it would appear he is leading the way as Barcelona look to rejuvenate a side that looked off the pace in Europe this term. On Sunday they travel to Estadio Gran Canaria to take on Las Palmas, and how Mauricio Lemos performs over the 90 minutes could have a huge impact on his future as well as the La Liga title race.