One down three to go. José Mourinho is intent on further bolstering his Manchester United squad this summer and the belief is that he wants four new players. Swedish centre-back Victor Lindelöf has already been secured and it seems that the Portuguese coach may return to former club Chelsea to strengthen his midfield, with a move for Nemanja Matić seemingly on the cards.

According to the Manchester Evening News, Matić is one of Mourinho's top defensive midfield targets and the player is keen on a switch to Old Trafford. The Daily Mail believe that the Premier League champions will soon tie up a £35million move for Tiemoué Bakayoko from Monaco, freeing up the Serbian powerhouse to reunite with his old boss.

Matić was a pivotal part of Mourinho's 2014/15 title-winning Chelsea side and featured 35 times under Antonio Conte in last season's Premier League triumph.

With United's need for reinforcements in his position, as 35-year-old Michael Carrick can no longer be relied upon to start every game, Matić is an obvious candidate for an Old Trafford switch thanks to his reputation and pre-existing relationship with the Red Devils' manager.

But when there seem to be better options on the market, and with money no object for he richest club in the world, moving for Matić, who will turn 29 before the start of next season, feels like an unambitious play by United.

Matić Not The Man

Chelsea initially signed Matić in 2009 but he only made two Premier League appearances for the club before being used as a makeweight in the 2011 deal which brought David Luiz to Stamford Bridge from Benfica.

After he impressed in Portugal, Chelsea, with Mourinho in charge, re-signed the towering midfielder for £21million in the summer of 2014. Matić immediately became the linchpin of the Blues' midfield in their title-winning campaign, proving an indomitable force in the middle of the park, breaking up opposition attacks and safely recycling possession.

With all of that in mind, it's no surprise that Mourinho is keen to have the 28-year-old at his disposal once again. He is, after all, the archetypal midfield destroyer that the Portuguese coach has always built his teams around — it was Costinha at Porto, Claude Makélélé in his first Chelsea spell, Esteban Cambiasso at Inter Milan and Lassana Diarra at Real Madrid.

But that doesn't necessarily make Matić right for United. The Red Devils are much more accustomed to having a deep-lying playmaker at the base of their midfield. Ever since Roy Keane's legs began to fail him around 2003 and he started to sit in front of the back four rather than cover every blade of grass, Sir Alex Ferguson's sides have had a conductor, a pass master, in that role.

For more than a decade, Carrick has been that man, but the former England international, who recently penned a one-year contract extension, can no longer be considered an option to play 40-plus games a season.

Matić could quite conceivably come in to steady the ship for the Red Devils and free record signing Paul Pogba up from some of the defensive duties that shackle his creativity. But the Frenchman has always played his best football with a playmaker — a regista, as they say in Italy — behind him. The 24-year-old had the luxury of sharing a pitch with Andrea Pirlo and Claudio Marchisio at Juventus, while his pest performances last season came with Carrick in the side. 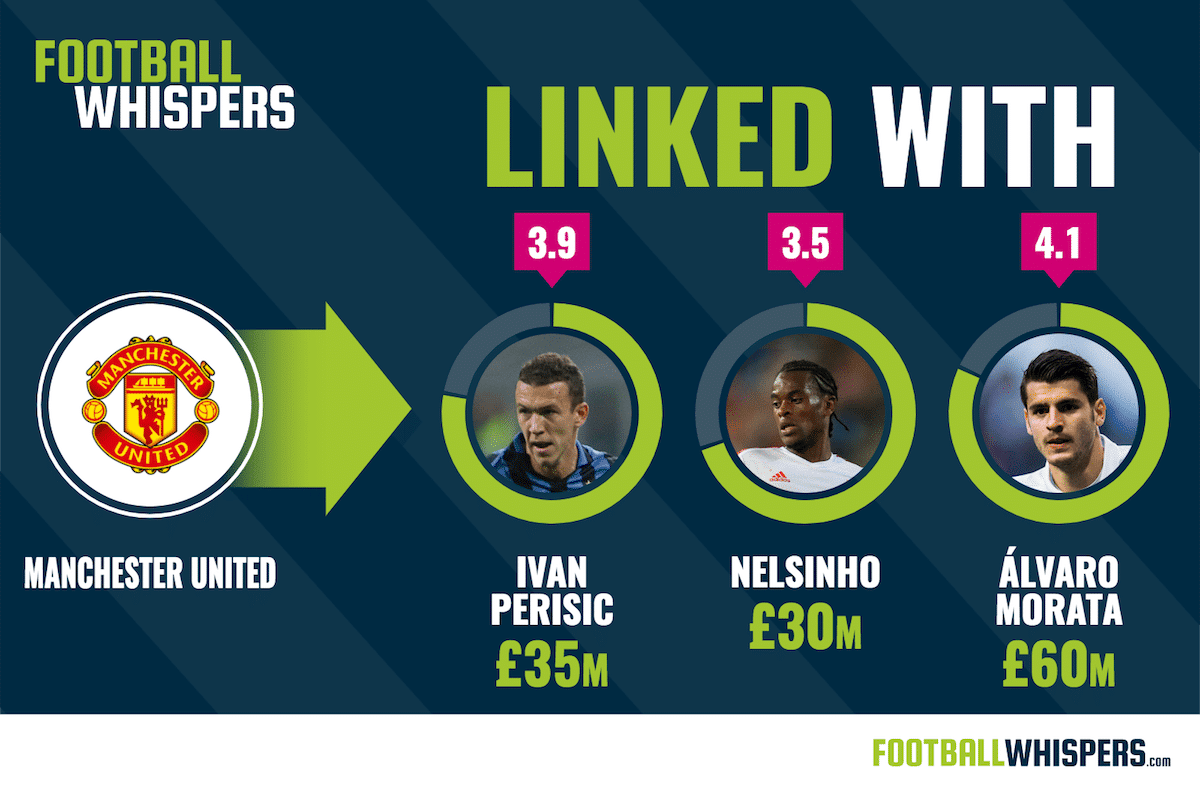 Limited from a technical perspective, Matić is not able to play the kind of incisive passes that these players specialise in, and that benefit Pogba by getting the ball to him in advanced areas.

Furthermore, the Chelsea man is unathletic and, at times, almost lumbering. His presence in a team looking to dominate possession can slow proceedings down to a detrimental pace. Though still a useful player in the right team, United should set their transfer market ambitions a little higher than Matić.

Here are five viable alternatives for the defensive midfield role in Mourinho's team. 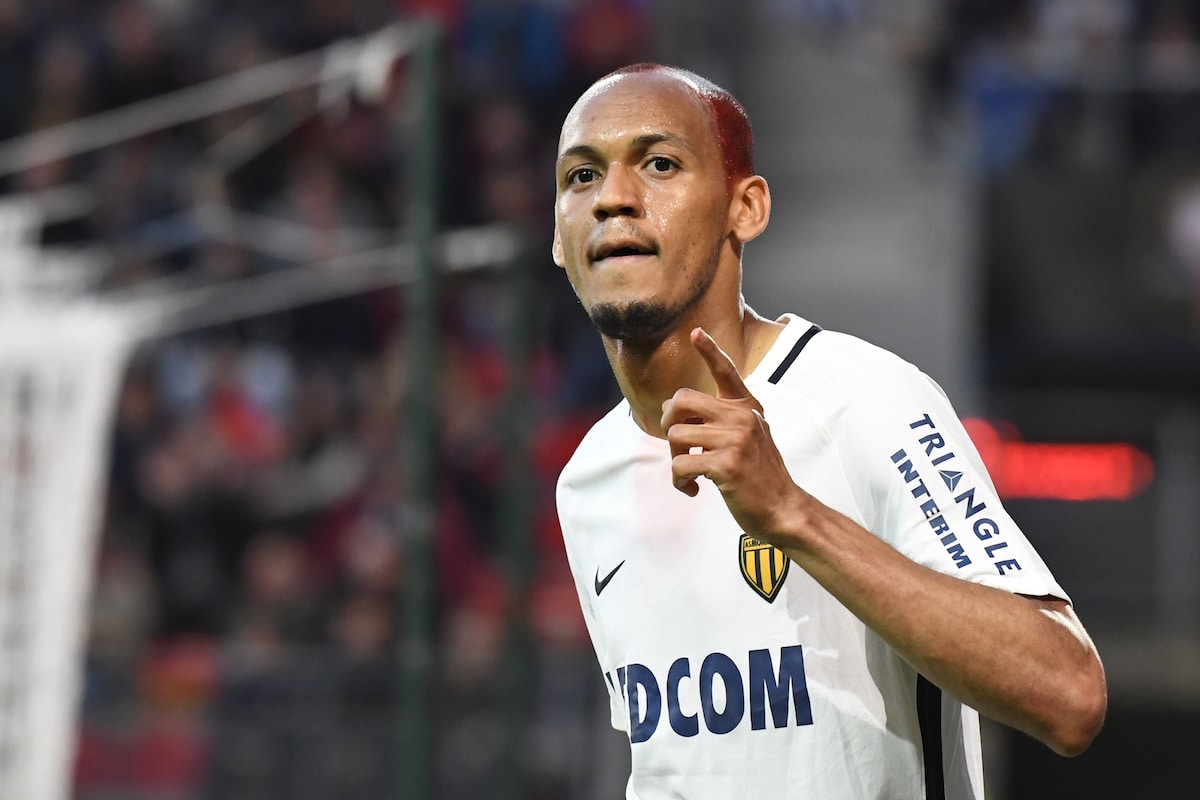 Italian newspaper Corriere dello Sport boldly reported recently that United have reached an agreement with Monaco over the signing of Fabinho, with a deal totalling €40million mooted.

Whether or not that proves to be the case, Fabinho is the ideal defensive midfield addition for the Red Devils. The 22-year-old Brazilian, a converted right-back, is the perfect midway point between the destroyer that Mourinho is used to and the kind of technical operator that United are more accustomed to.

Positionally disciplined, tremendously athletic and an accurate and incisive passer over short distances, Fabinho has all the tools to transform the United midfield. 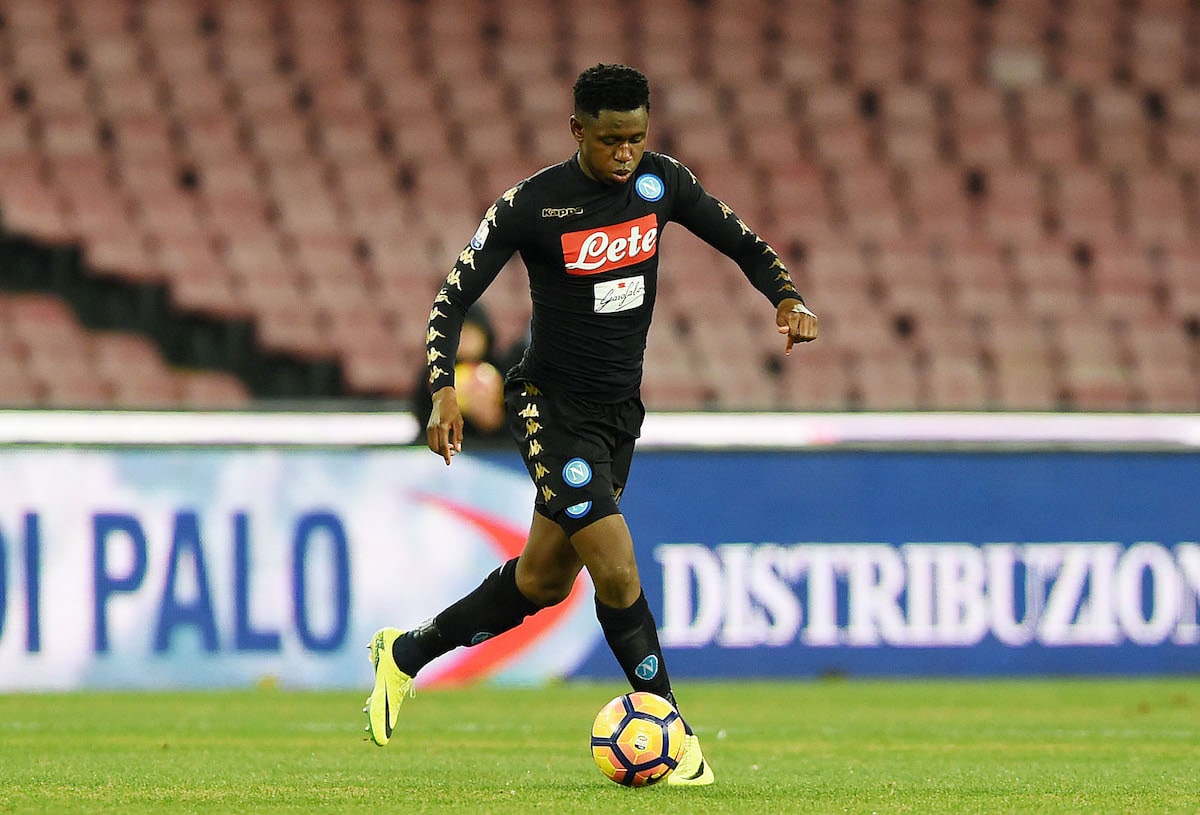 Still only 19, Napoli midfielder Diawara is perhaps too young to be considered for the defensive midfield role at Old Trafford by Mourinho. But United have a long-standing tradition of putting faith in youth, and the Guinean teenager is more than good enough to justify such a chance.

Signed from Bologna last summer, Diawara has been hugely impressive at the base of Napoli's midfield. Tactically disciplined and rarely caught ahead of the ball, the youngster is mature beyond his years. Capable of sweeping up in front of the back four, he is also adept at launching counter-attacks thanks to his quick thinking, vision and passing technique.

Having stood out in the Partenopei‘s Champions League knockout tie against Real Madrid last season, Diawara showed that he is already good enough to play on the biggest stage. 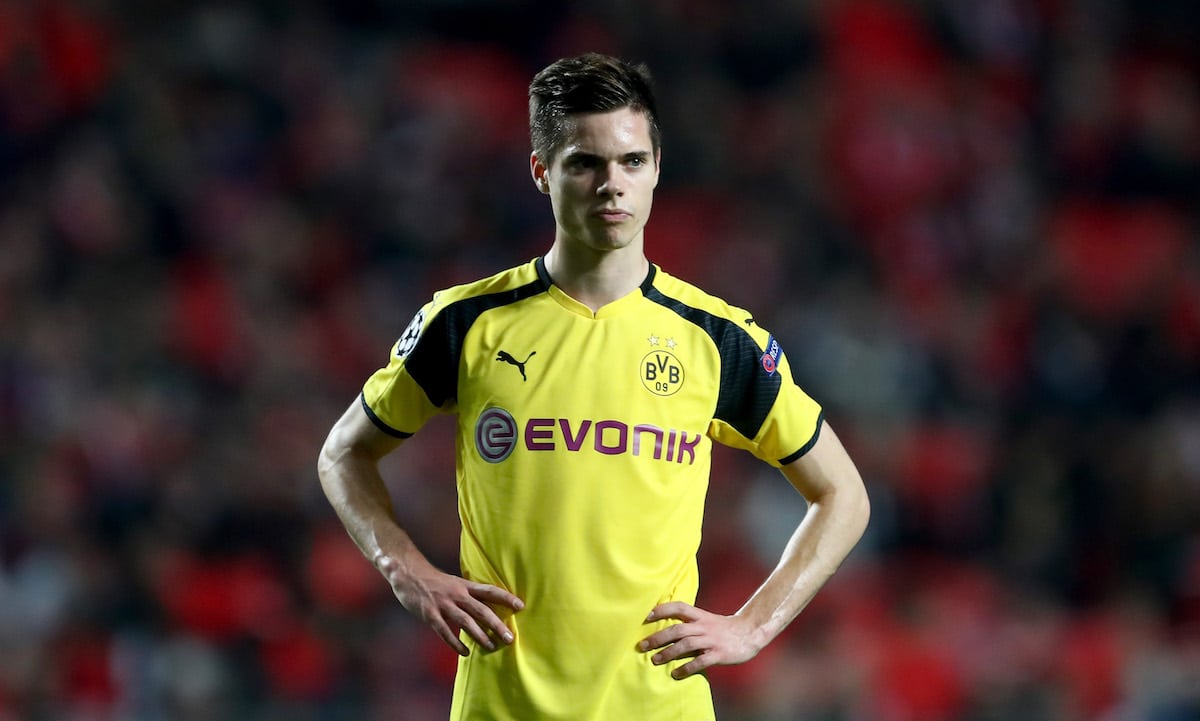 If a like-for-like replacement for Carrick is desired, there is no better option in Europe right now than Borussia Dortmund playmaker Julian Weigl.

The 21-year-old German international, who captained former side 1860 Munich while still in his teens, is blessed with a phenomenal passing range, the vision to identify and pick out colleagues in advanced areas, and an understanding of how to dictate tempo in the middle of the park.

A long-term Manchester City transfer target, Weigl resembles Barcelona mainstay Sergio Busquets in style and is the heartbeat of the BVB side. Though perhaps not the physical presence Mourinho tends to opt for in the role, the 6ft 2ins German is still no pushover and would have no trouble adapting to the Premier League. 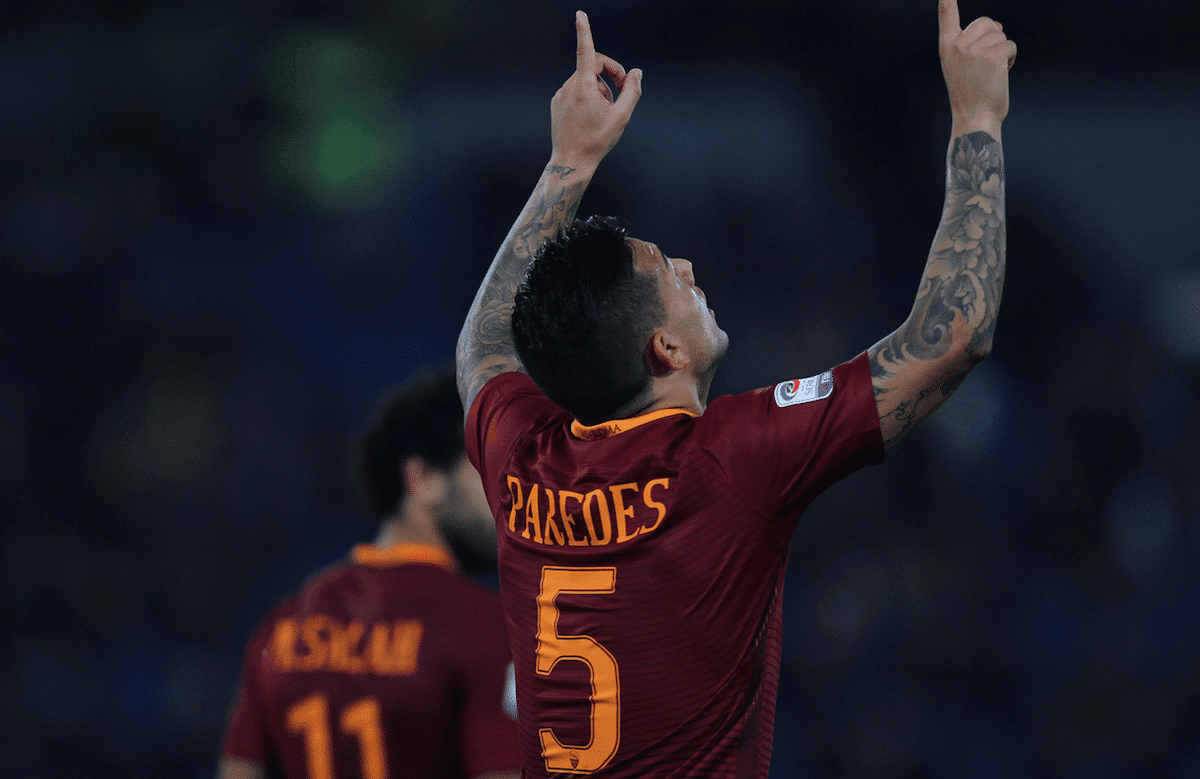 Roma midfielder Leandro Paredes could be set to join Weigl at Signal Iduna Park, as he has emerged as a Dortmund transfer target, forming what has the potential to be one of the most technically sound double pivots in the game.

Tall, athletic and intelligent, the 22-year-old Argentinian, valued at €25million, is at his best when playing the regista role, conducting play from deep and splitting defences with his incisive vertical passing.

Having gained valuable first-team experience on loan with Empoli in 2015/16, the gifted playmaker is ready to become the focal point of a major club's midfield.

His path to regular football at Roma is muddied by the presence of established pros such a Radja Nainggolan and Kevin Strootman, but with the confidence of a manager and the time to further develop, Paredes, a one-cap Argentina international, can become a star in his own right.

Although Mourinho has never been shy of whipping out the club's chequebook, he may not need to when searching for a suitable long-term replacement for Carrick, as Herrera showed last season that he can be an invaluable presence in a deep midfield role.

Perhaps more as a box-to-box marauder, Herrera played some of his best football in the defensive midfield position in 2016/17.

With outstanding anticipation, his average of three interceptions per 90 minutes last term could not be bettered by any Premier League midfielder.

He also has the tenacity to engage physically as Mourinho encourages, the discipline to hold his position, and the passing range to open up chances for team-mates.

Moving Herrera into the Carrick role would then allow Mourinho to look for a new box-to-box midfielder, offering energy and drive to compliment the flair and creativity of Pogba.