The 26-year-old is also an AC Milan transfer target, but according to the Mirror, Blues boss Antonio Conte is keen on signing the Argentinian.

In Gabriel and Eric Bailly, Villarreal have sold two centre-backs to the Premier League in recent years and perhaps Musacchio could be the next one.

Just who is Mateo Musacchio?

In recent years, Villarreal have had one of the best defences in La Liga, and Musacchio has formed a crucial part of that.

While Gabriel and Bailly may have headed to England, you could argue that it was actually Musacchio who was the star of the defence.

Wenger should have got Musacchio instead still don't why or how Gabriel looked like the better option ?

Get a solidified boss CB if one is available. I would've been happier with Musacchio over Bailly, but Bailly can prove me wrong. #MUFC

When Musacchio was fully fit, he was always first choice at the Estadio de le Cerámica.

But that is a big if, the problem is although he is arguably one of the best defenders in Spain, he, like many of the Villarreal team, has a horrible record with injuries.

According to Transfermarkt, since the start of the 2014-15 season, Musacchio has spent 470 days injured.

While the injuries may vary – from a broken wrist to a facture of the tibia — he is terribly unlucky in terms of keeping fit, and that is probably why he’s seen defensive partners he’s outperformed leave for big money moves while he is still at the Yellow Submarine, where he has been since arriving from River Plate to play for Villarreal B in 2009.

Would he fit into Antonio Conte’s system?

At Villarreal, Musacchio has always been part of a four-man defence, but that does not mean he is not adaptable.

Neither César Azpilicueta or Gary Cahill had played in the roles they currently play in before this season, and both of them have thrived.

And Musacchio is a quality player who could improve further playing alongside even better team-mates.

He excels at quickly getting across to win tackles and stopping attacks, something fans love to see. 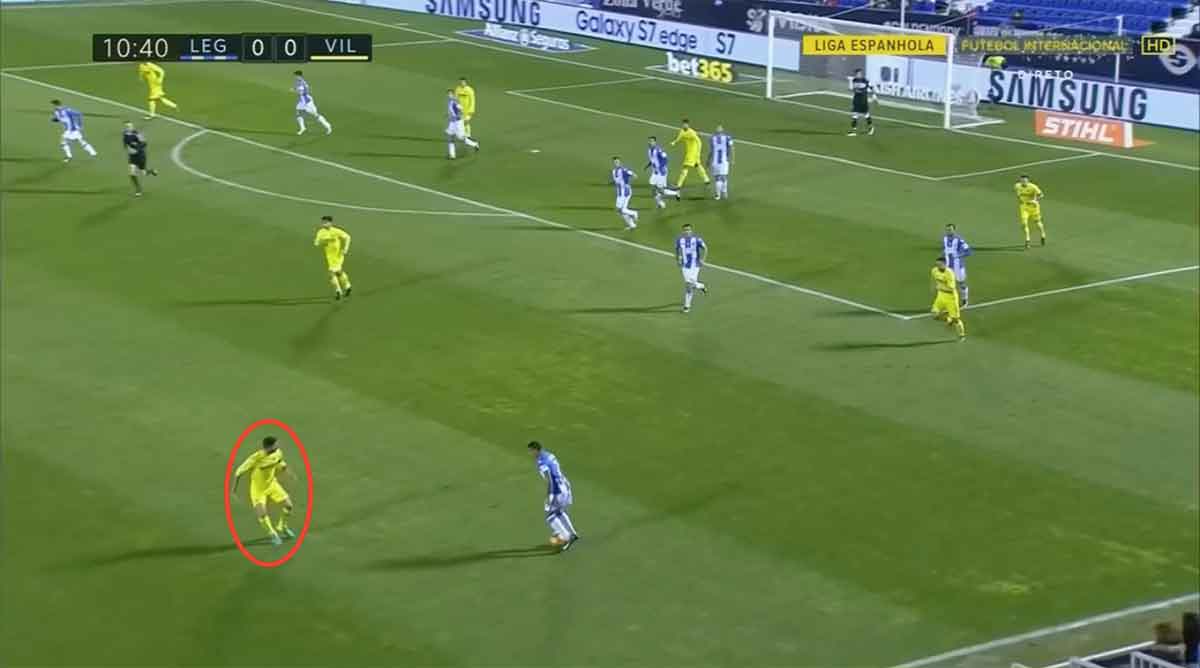 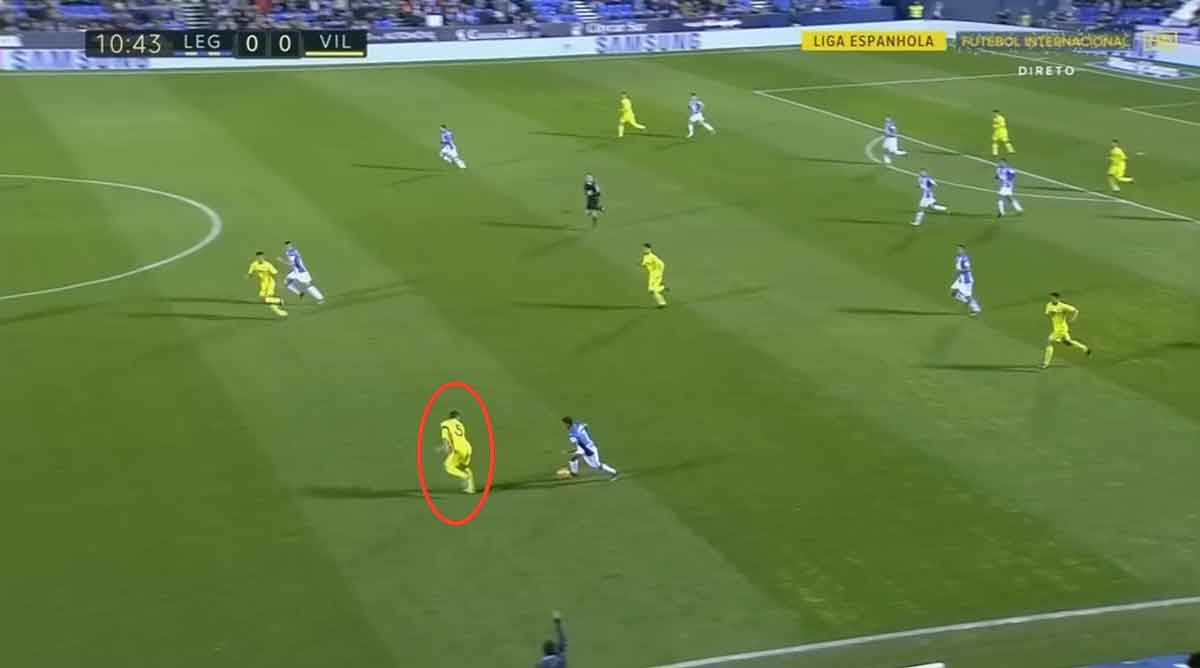 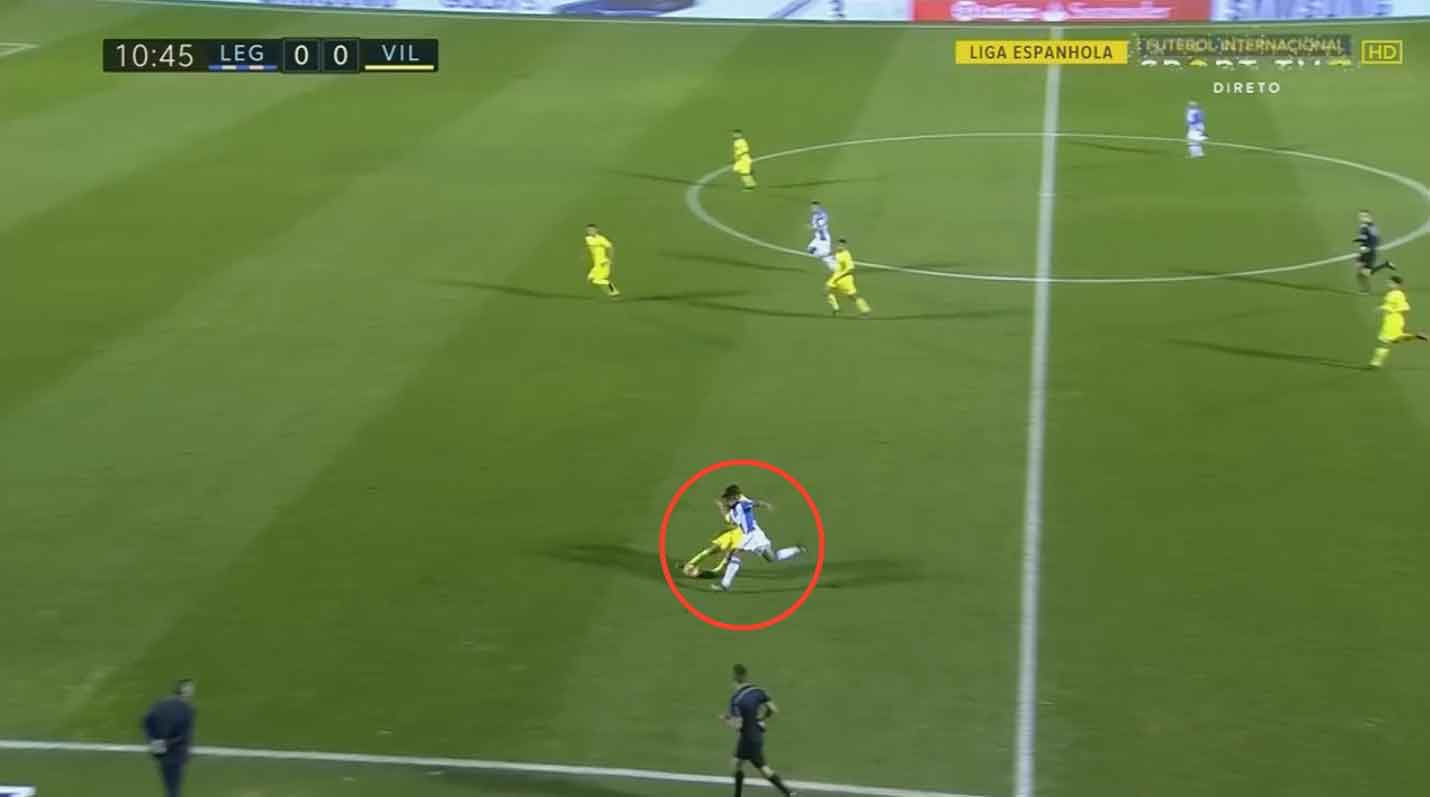 As you can see above against Leganés, Musacchio is running back with his man, but never loses control of the situation, before sliding in and giving away a throw in.

It isn’t easy to judge a tackle while sliding, but as you can see against Sevilla below, Musacchio is a master of it. 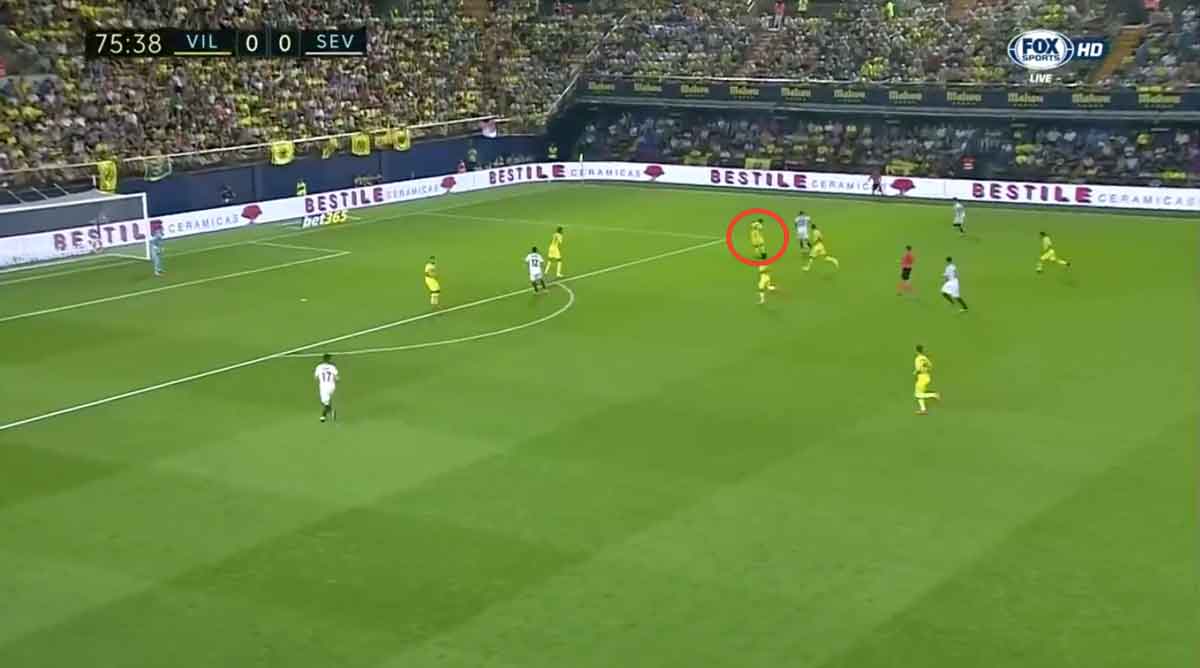 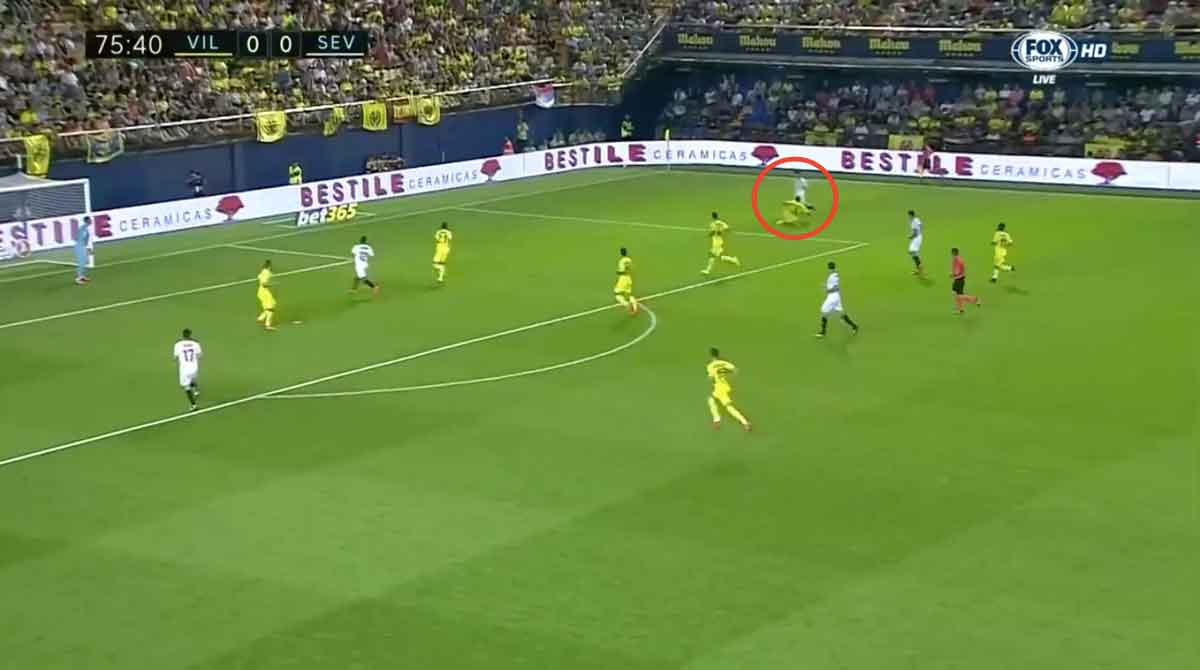 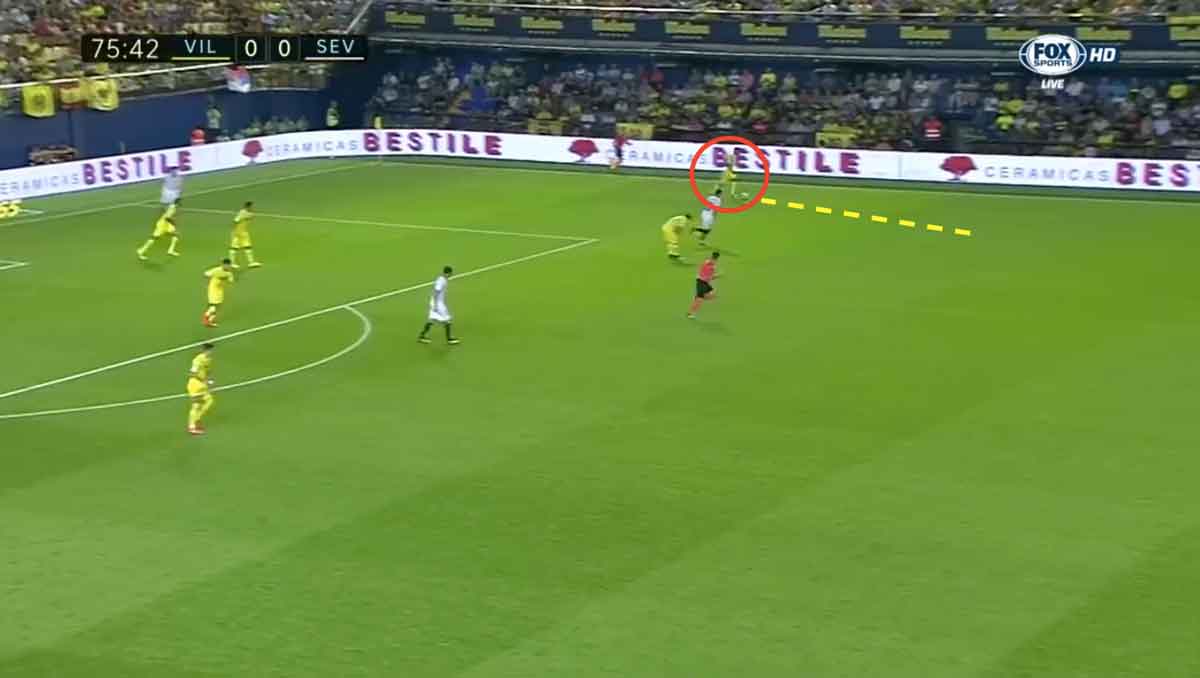 He reads the game perfectly, awaiting the runner, before going in for the challenge, winning the ball, and moving up the pitch. 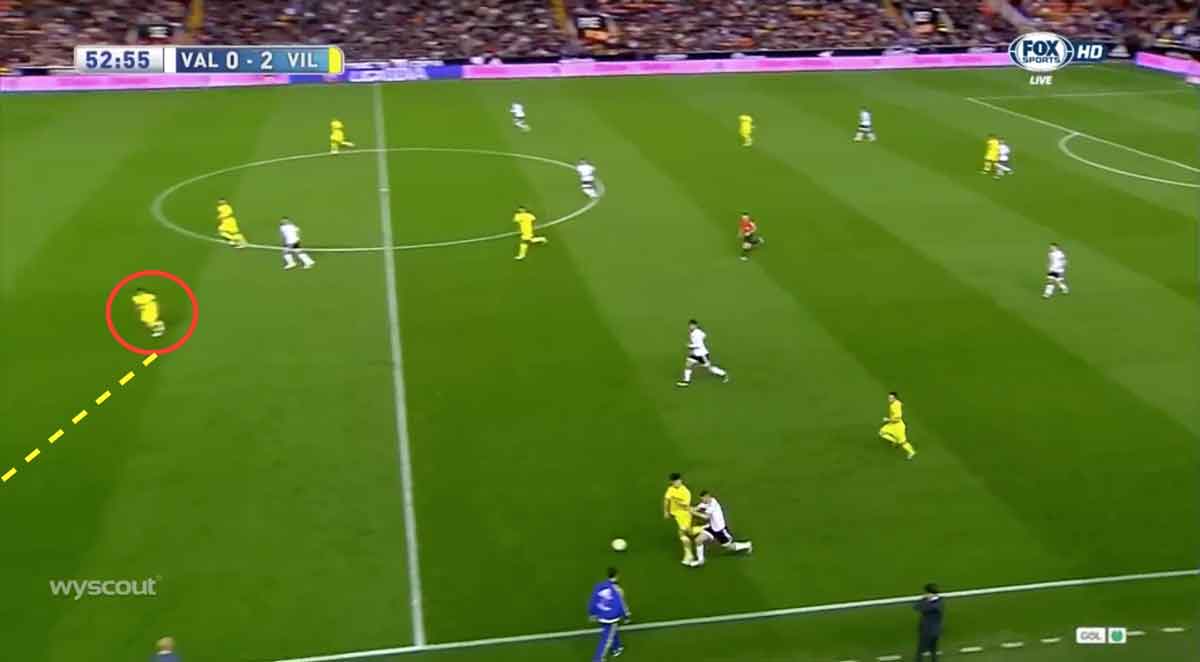 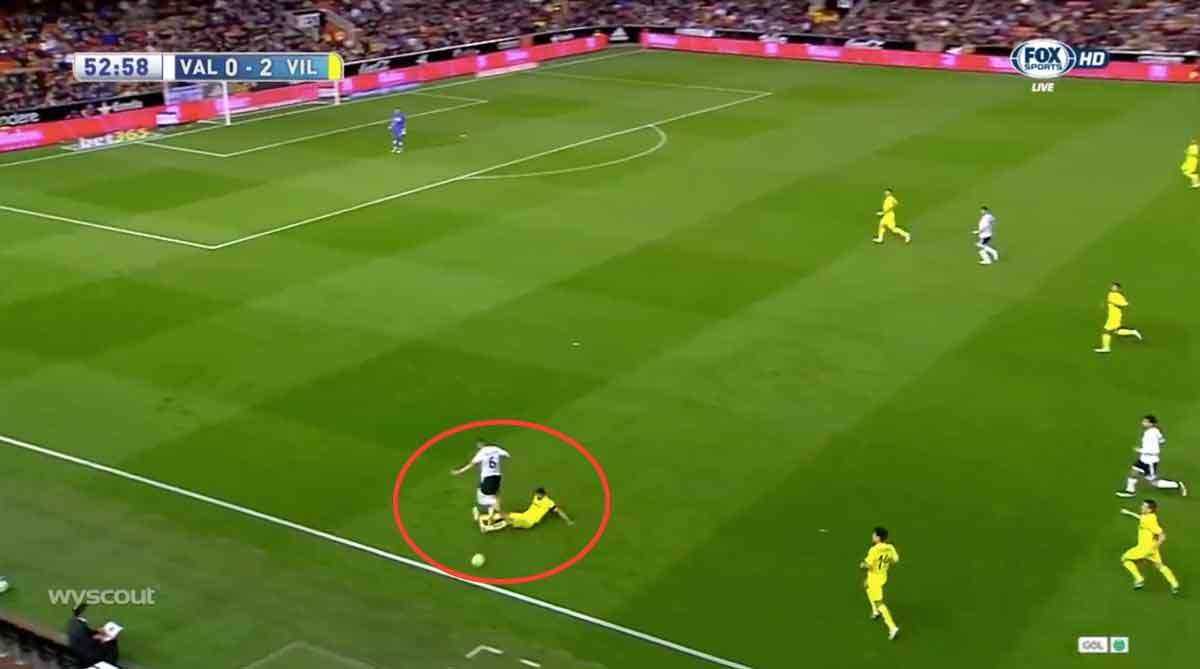 Again, his reading of the game is excellent above. He moves into the space to stop the Valencia man from getting past him before carrying out a crunching tackle.

But it’s not only his defensive skills that Conte would like.

The Italian likes his defenders to push forward, as Cahill and Azpilicueta have done to great effect this season, and Musacchio isn’t afraid of doing that, and doing it well.

As you can see against Napoli below, he picks the ball up in the opposition half, plays in Bruno Soriano and makes a clever run for the return ball. 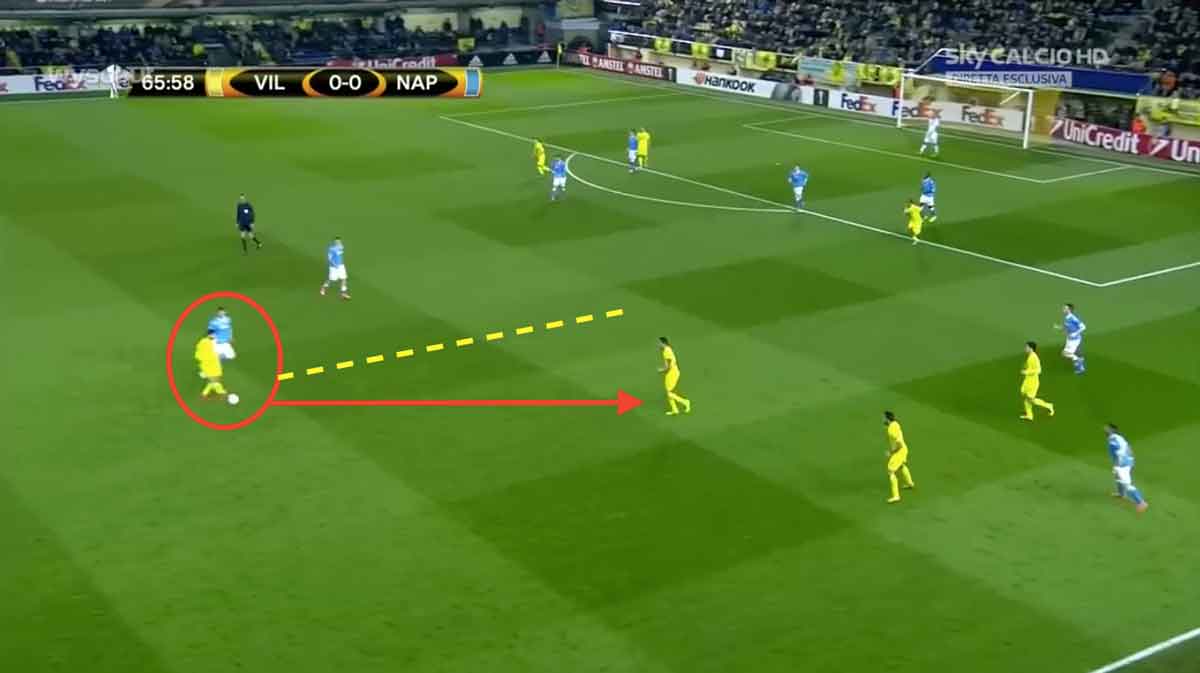 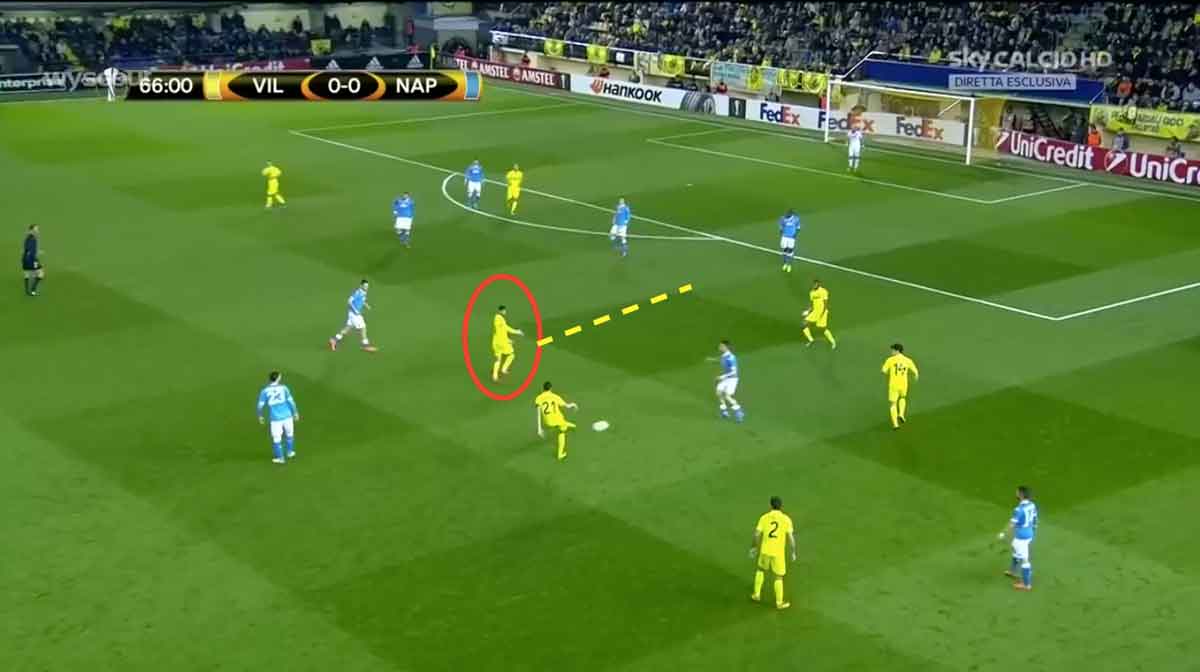 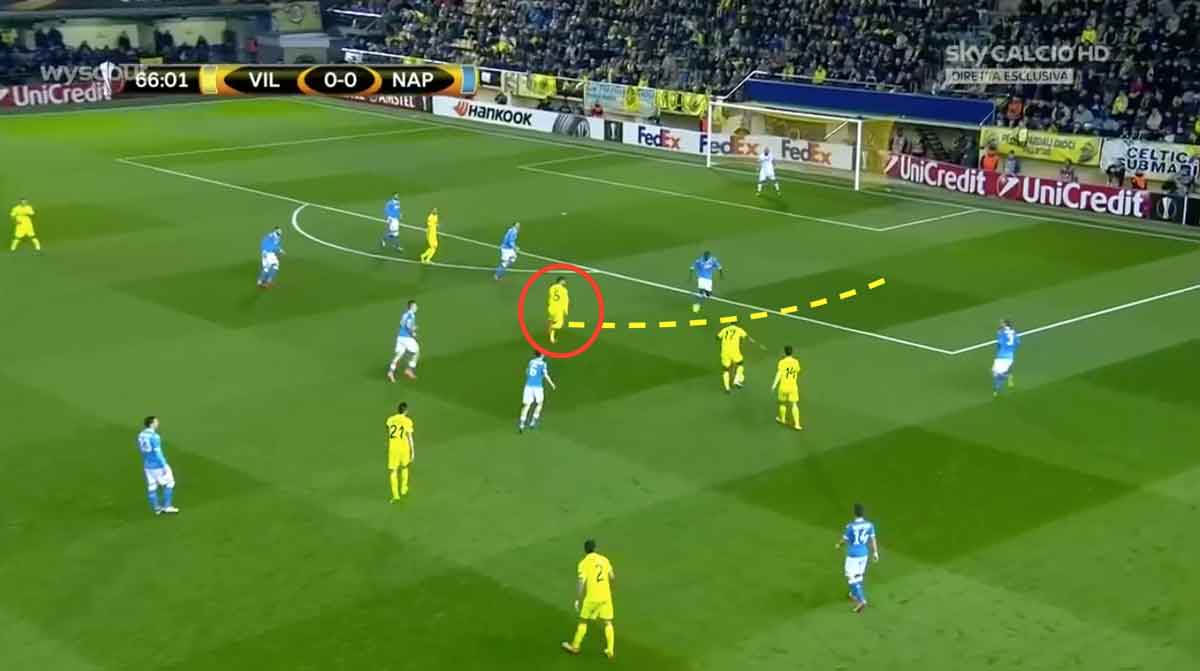 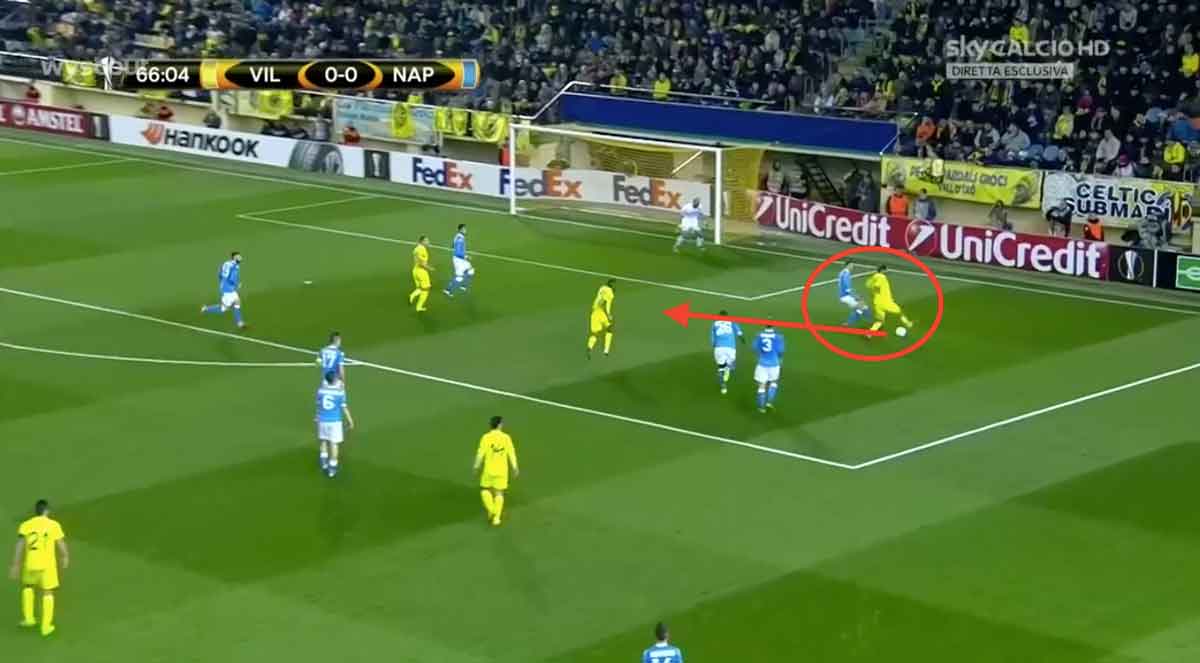 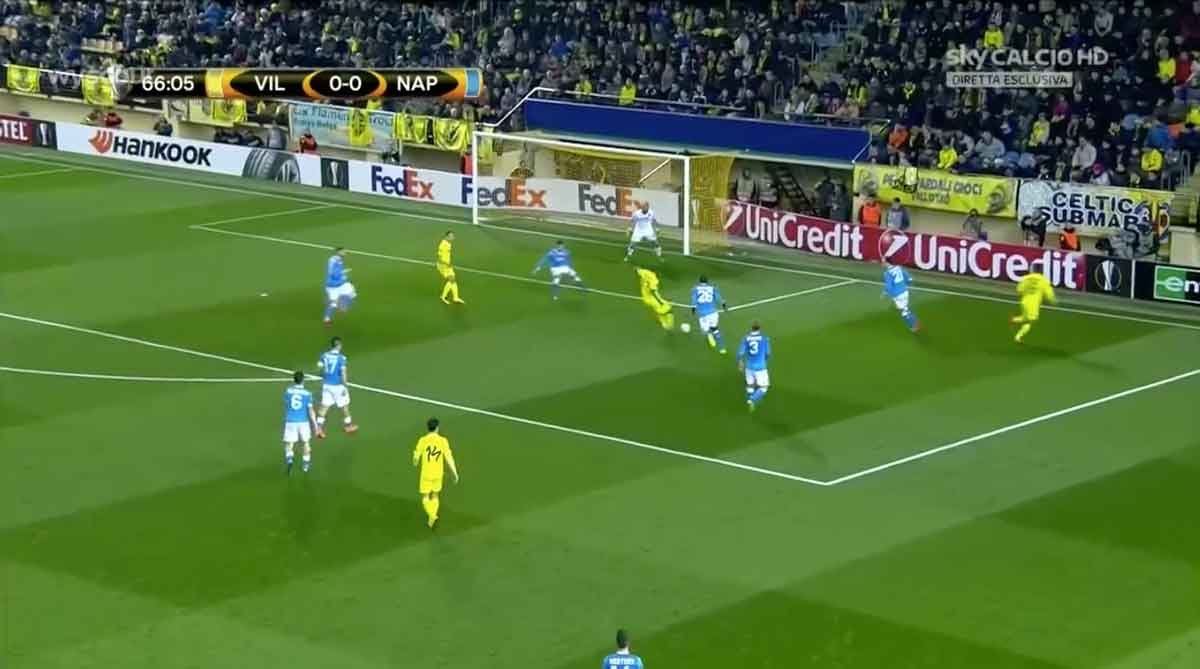 When that doesn’t come to him, he continues his run, dragging defenders wide to create space for Cédric Bakambu, who plays a one-two with Musacchio (which includes a lovely flick from the Argentinean), before the Ivorian striker gets a shot away.

How does Musacchio compare to Chelsea’s current options?

The truth is, compared to Chelsea’s current defensive trio of Azpilicueta, Cahill and David Luiz, Musacchio is not particularly impressive if you look at his statistics in the league this season.

But he is not awful either. 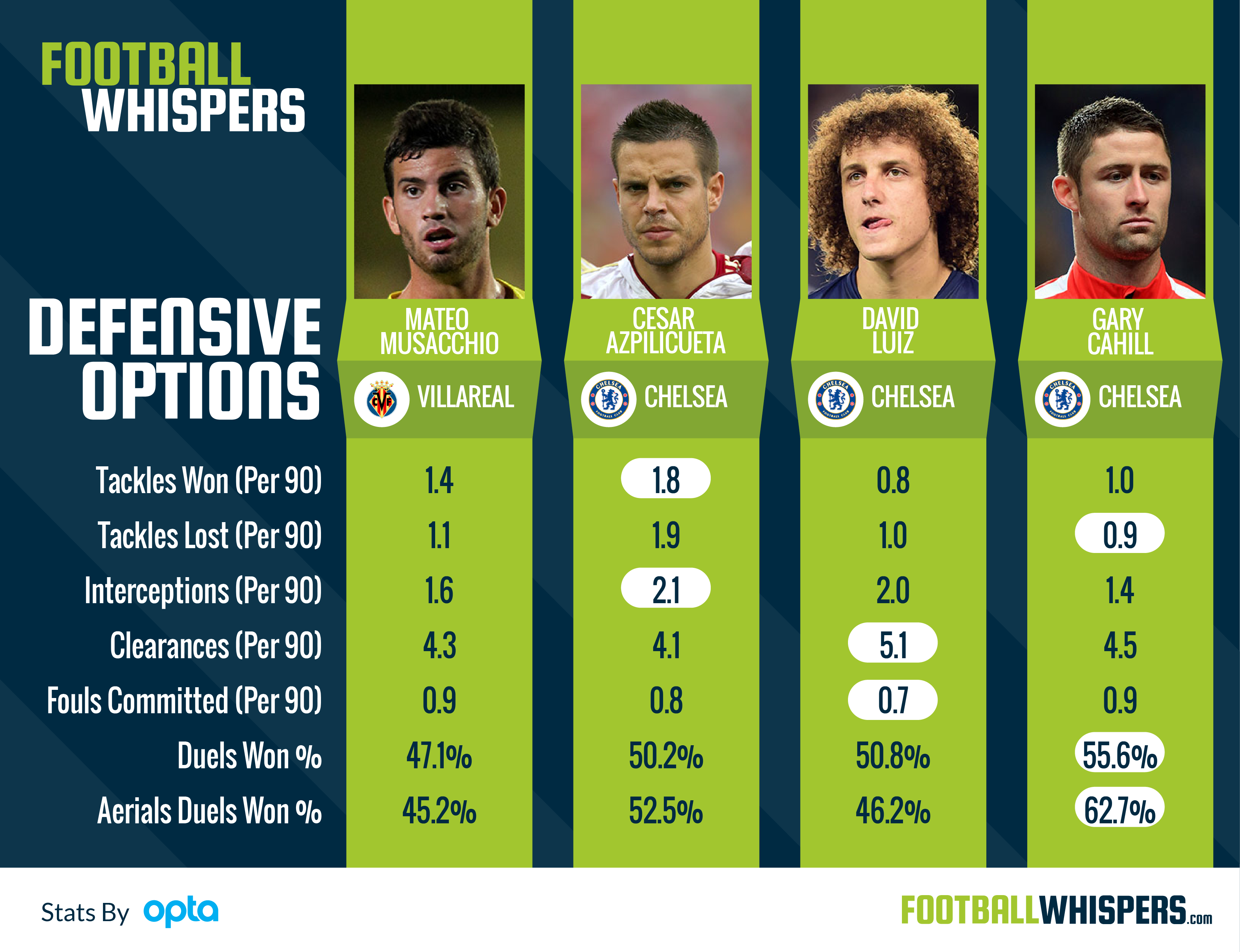 However, it is always harsh to judge a defender on interceptions or clearances, they could be a result of an error further up the pitch, and Musacchio is currently playing in a different system to the Chelsea men.

Alongside Cahill, Musacchio does commit the most fouls per 90 minutes though (0.9).

He also wins the fewest aerial duels out of the quartet – just 45.2 per cent. By contract, Cahill wins 62.7 per cent of his.

In fact, duels in general are not Musacchio’s strength, he has won just 47.1 per cent of his total duels, while all three of Chelsea’s first choice defence have won more than half of theirs.

The centre back is believed to have a buy out clause of £21million in his contract at Villarreal, which is a fee Chelsea would be willing to pay.

With Andreas Christensen coming back from his loan spell at Borussia Mönchengladbach, you wouldn’t expect the Blues to want to pay too much more for a centre-back.

And for someone with a lot of experience in the Spanish top flight, as well as European competition, it is more than a reasonable fee for the Chelsea target.

But with AC Milan also interested, you would perhaps think it could come down to wages – Chelsea would back themselves to compete with the Italians, even with their potential Chinese investment.

At 26, he isn’t the youngest – although Azpilicueta, Luiz and Cahill are all older than him.

Musacchio is approaching the time in his career when if he wants a move to a bigger club, he will probably leave Villarreal, especially with the Yellow Submarine looking unlikely to be playing Champions League football next season.

Now read about the five Chelsea loan stars who deserve a chance in the first team.