As a 16-year-old, Martin Ødegaard had the world at his feet.

Courted by nearly every single European superclub, he had trials with Liverpool, Bayern Munich, Manchester United and Manchester City before settling on his future.

Despite being a Liverpool fan as a youngster, the temptation to play for Real Madrid was too much. He signed a six-year-old with the club in January 2015 and in the process became the first ever Norweigan to play for Los Blancos.

The plan was clear for the former Strømsgodset youngster. He was to cut his teeth with the Castilla side, adapt to life in Spain and then be unleashed in the first-team. The first bit happened. Unfortunately for him, the second part never came to fruition.

His Real Madrid career started off positively. In May of 2015, he became the youngest ever debutant for the club. He came off the bench to replace Cristiano Ronaldo during a 7-3 victory over Getafe in LaLiga.

But then he had to wait until November 2016 to make his debut for the first-team, in a Copa del Rey match. He was a regular for the Castilla team and according to reports, after he settled and started learning Spanish, his performances impressed.

But football doesn’t wait for anybody.

The 2016/17 season saw Marco Asensio announce himself to the Madrid faithful. The Spanish playmaker dazzled in his debut season for the European champions. Zinedine Zidane’s outfit also went out and signed Daniel Ceballos to bolster their attacking ranks.

Then Vinícius Júnior arrived in the summer of 2018. Compatriot Rodrygo will follow when the summer window opens. 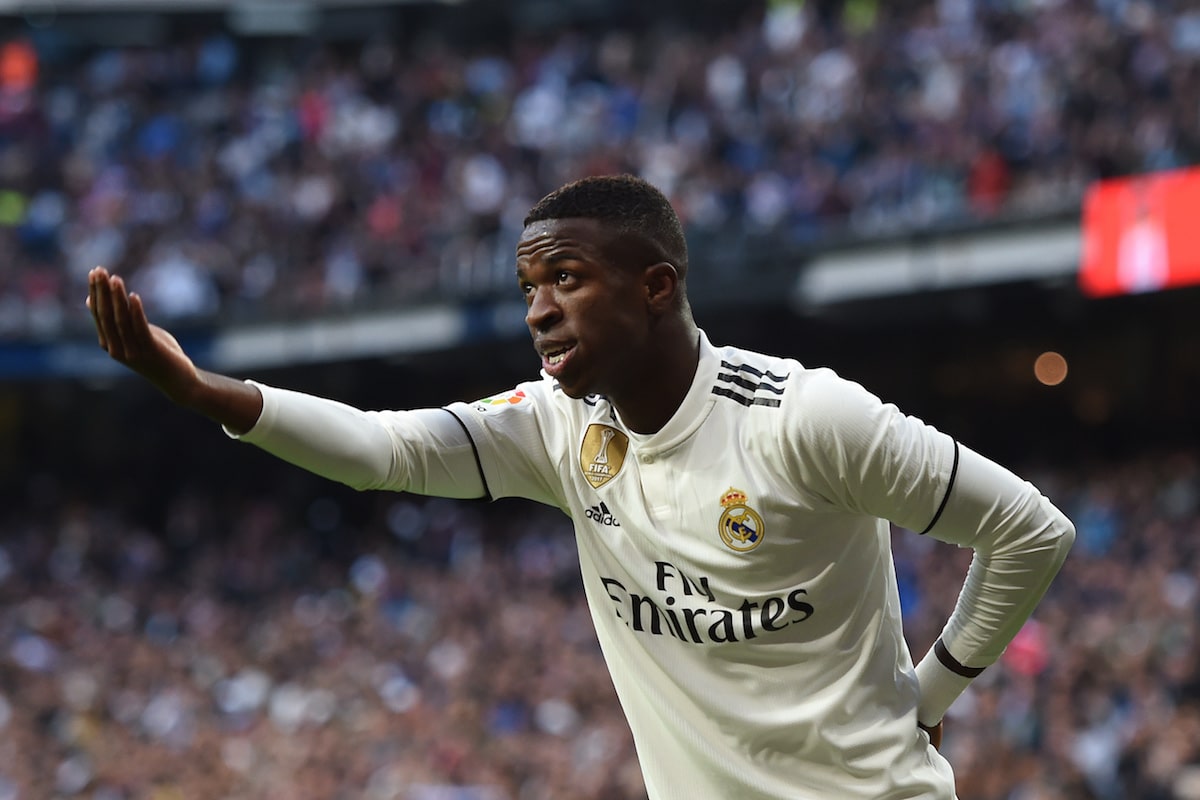 With every passing season, Ødegaard’s path into the Real Madrid first-team becomes even more difficult.

However, just because he’s not pushing Kylian Mbappé or João Félix for the best player under the age of 22 title doesn’t mean he’s not an exciting talent.

The 16-cap Norway International spent 18 months in the Eredivisie on loan with SC Heerenveen. Life in Holland didn’t get off to the best of starts for him and he found himself on the bench at one point. But he showed great resilience to force his way back into the starting XI.

He did enough to impress Eredivisie outfit Vitesse. He joined them on a season’s long loan ahead of the 2018/19 campaign. It’s safe to say it was a wise move for all parties.

Vitesse finished fifth and are into the Europa League play-offs while Ødegaard enjoyed his best ever season. The 20-year-old lead the way with assists (10), he was involved in the most goals for the Eredivisie side (18), he created the most chances (110) and completed the most dribbles (87).

He was instrumental for Leonid Slutsky's side. 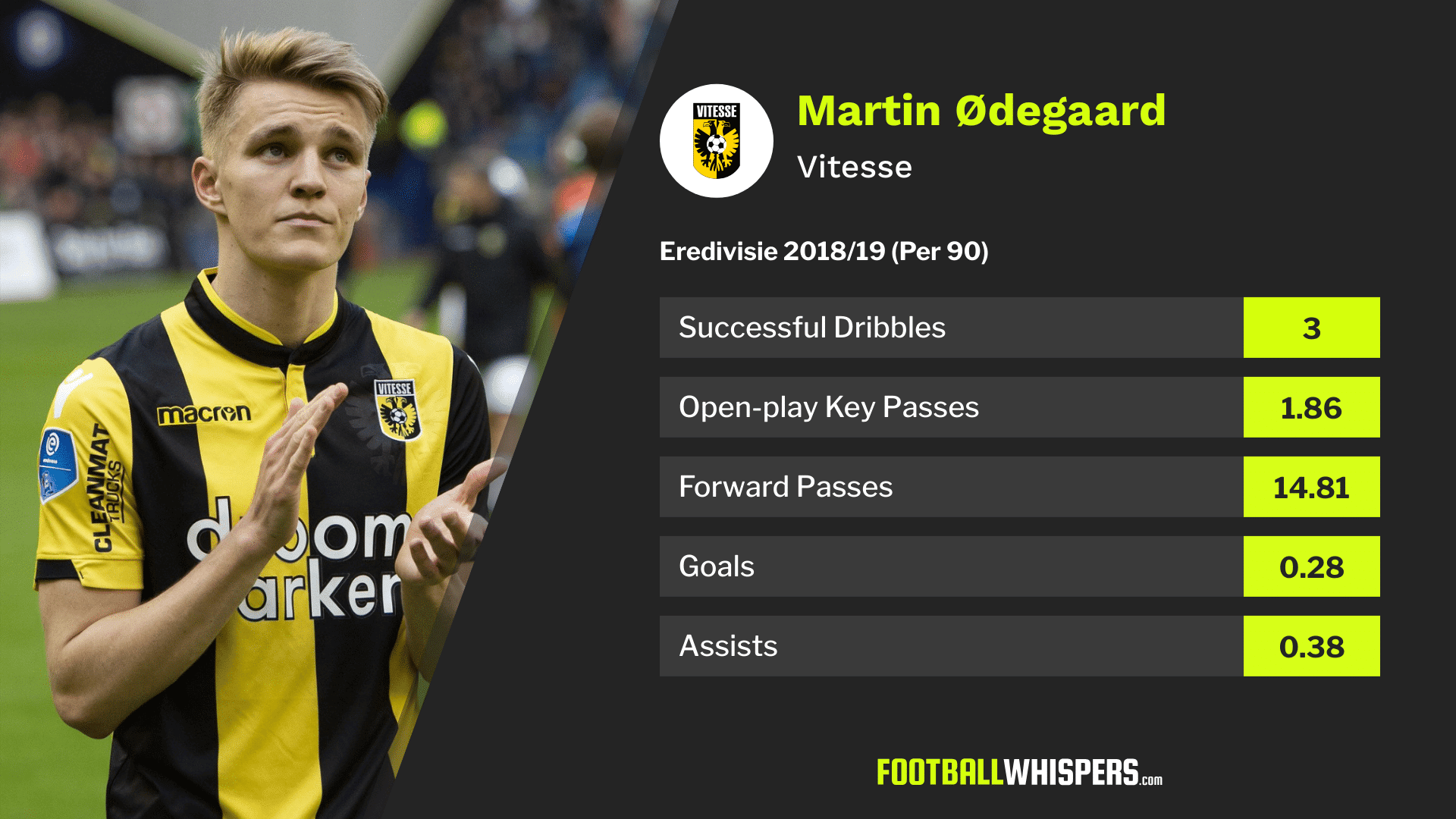 This hasn't gone unnoticed. Ajax are believed to be interested in a €20million deal. The report suggests he's the club's top summer transfer target to replace Hakim Ziyech.

The Johan Cruyff Arena is a place Ødegaard could really thrive. It's the perfect environment for a youngster with an abundance of talent to hone their craft and make that next step. Exactly what the Real Madrid player needs right now.

With Zidane looking to add even more attacking reinforcements at the Santiago Bernabéu, there's an even slimmer chance that the 20-year-old is given an opportunity to stake a claim in the French legend's first-team plans.

Going backwards to move forwards has helped Ødegaard already. Taking a step down to join Ajax on a permanent basis could be what is required for him to someday return to one of the big European clubs.

But the Eredivisie champions aren't the only team who would benefit from signing the former Strømsgodset youngster. The likes of Liverpool, Tottenham Hotspur and Borussia Dortmund are all in the market for an attacking midfielder this summer if reports are accurate.

But the pool in which they can buy from is small. The player needs to be good enough to have an impact but not too good that they'd not settle for a squad role.

That trio of clubs, in particular, are famed for giving youth a chance. All three have managers who develop young talent. All could offer him a long-term home. All will no doubt be looking at Ødegaard and wondering whether the one-time wonderkid still has that magic.

He's had the world at his feet before. There's no reason it couldn't happen again.