Martin Allen has accumulated a wealth of knowledge and knowhow over his 15 years as a manager.

A midfielder capped at under-21 level for England during his playing days, playing for Queens Park Rangers, West Ham United, Portsmouth and (briefly) Southend, Allen got his start in management with Reading in 2002.

Since then his list of clubs managed has risen to ten, with five spells at Barnet and stints at the helm of Brentford, MK Dons and Leicester City among others.

Allen, nicknamed ‘Mad Dog', has two championship-winning league campaigns on his CV, having guided Gillingham to the League Two crown in 2012/13 and Barnet to the Conference (English football's fifth tier, since rebranded as the National League) title two years later.

Football Whispers caught up with Allen, now in charge of Chesterfield in the National League, to understand what it takes to build a league-winning team.

How much has the National League changed since you last managed in the division with Barnet?

I think the clubs have got bigger, with better stadiums, better pitches. More people are watching it. The level of professionalism within the clubs, with coaches and managers, has got vastly better. The quality of football is much, much better than it was.

Right across the board, for me, it’s no different to the Second Division [League Two].

Big clubs with great history have found themselves in the National League, for one reason or another. Now, with television, it’s just going to get bigger and better. There are better players in it, better quality of coaches – everything.

Is the National League finally getting the attention it deserves after stories like Jamie Vardy's and Chris Smalling's?

What does it take to win the National League?

It’s a long season. There are a lot of games in a short space of time – 46 games. It’s a big, big test for the squads; especially when you get to the winter months, with so much travelling, often playing three games a week. 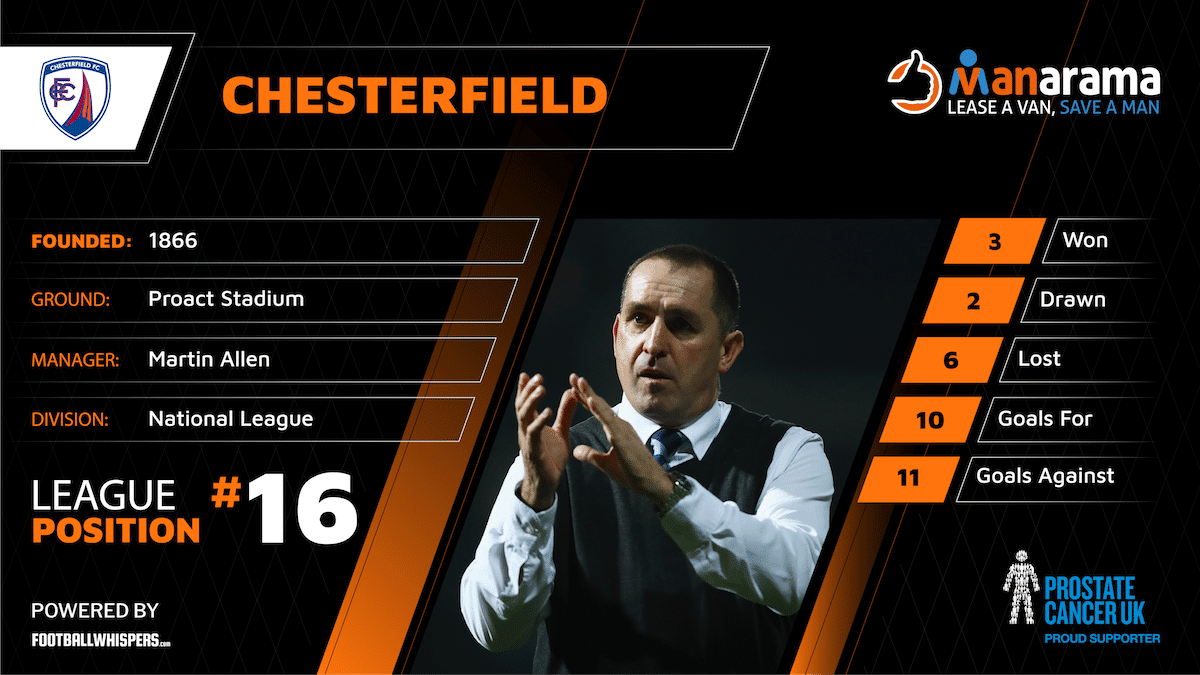 Team spirit and unity, organisation within the club, I think that’s the criteria for winning any division. The Premier League is a little bit different, where they’ve got ultra-flair players playing at Manchester City.

But other divisions, like with Accrington Stanley last year and Leicester winning the Premier League, it shows you don’t have to spend the most amount of money to win the title.

You signed Lee Cook and Sam Togwell for Barnet just before the start of the 2014/15 season – how important was their experience, coupled with the likes of Graham Stack?

It certainly does help. But we also had a fantastic player, Andy Yiadom, who a year after that was playing in the Championship on a regular basis. We had some really good players. Experience helps but you’ve also got to have a mixture of experience with younger players and good athletes.

How did it feel to be frontrunners that season?

What did it mean to be a two-time champion, having won League Two with Gillingham and the National League with Barnet?

To win a promotion is good, but win a championship is great.

Of course, it’s nice for clubs to get promoted. But when you are champions, that is a special thing. It’s an amazing feeling to be champions. Once you’ve tasted it, and once you’ve had that feeling, it just makes you hungry for more.

You've talked in the past about not looking at the table and ignoring others' results. Is that an important ingredient of a championship-winning team?

It’s often easier said than done. It’s pushed in our faces every day on the TV screens. But you can’t do any more than do the best you can do.

With our training practises and all our drills, it’s about our team, our work, ourselves. And, hopefully, if the players are good enough, the results and points will fall into place.

What attracted you to Chesterfield?

It’s a big club; we’re getting over 4,000 people watching us at the moment – patriotic, loyal supporters.

They have had a very tough couple of years with two relegations. We’ve got a bit of tidying up to do, but there’s no doubt over the next 18 months we’ll be able to put together a top, top team.

It’s a very, very exciting time to be at Chesterfield at the moment, there’s no doubt about that. It’s a tough time, but this won’t last for long.