*All odds are correct at the time of writing but are also subject to change.

This is a preview of the Sporting CP vs Marseille match – with all the top Champions League predictions – that is all set to take place at the Estádio José Alvalade on Wednesday, October 12th.

Sporting came back to back losses in away matches to beat Santa Clara 2-1 in the recent league match. Marseille’s three-game unbeaten streak in all competitions came to an end with the 2-1 win over Ajaccio.

Sporting CP have not witnessed a draw in any of the competitive games since the opening match of the campaign. Meanwhile, Marseille step into the encounter on the back of a first defeat in four games. Sporting were completely exposed in the reverse fixture but they are likely to make amendments for the same in this home match.

There have been goals at both in three out of the last four matches for Marseille. They are once again unlikely to stop Sporting from scoring in the game. The Portuguese team have scored in eight consecutive competitive games and they will be especially hard to stop at home.

You can check out the latest head-to-head stats for the upcoming game in the table below.

Sporting CP continue to be a dominant force in the domestic league but they have been unable to transform the same into consistent European success. The heavy loss against Marseille has raised a lot of doubts and one way to put an end to those questions will be to get a solid win.

The manner in which Marseille react to the weekend’s loss against Ajaccio will be instrumental in the club’s next few weeks. The suffered by Marseille happens to be the first of the league campaign and they are flying high in the French Ligue 1 table so far.

Sporting CP: Jovane Cabral, Daniel Braganca, Luís Neto, and Pedro Porro are the players who will be unavailable for the game because of injury problems. Antonio Adan picked up a red card in the reverse fixture and he will be unavailable due to suspension.

Marseille: The French team come into the game without Sead Kolasinac because of an injury. Meanwhile, Souleymane Isaak Toure and Bamba Dieng will not be available for selection as a result of being ineligible for this game. 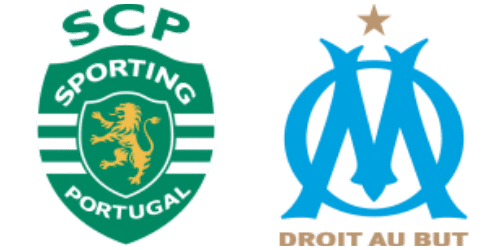